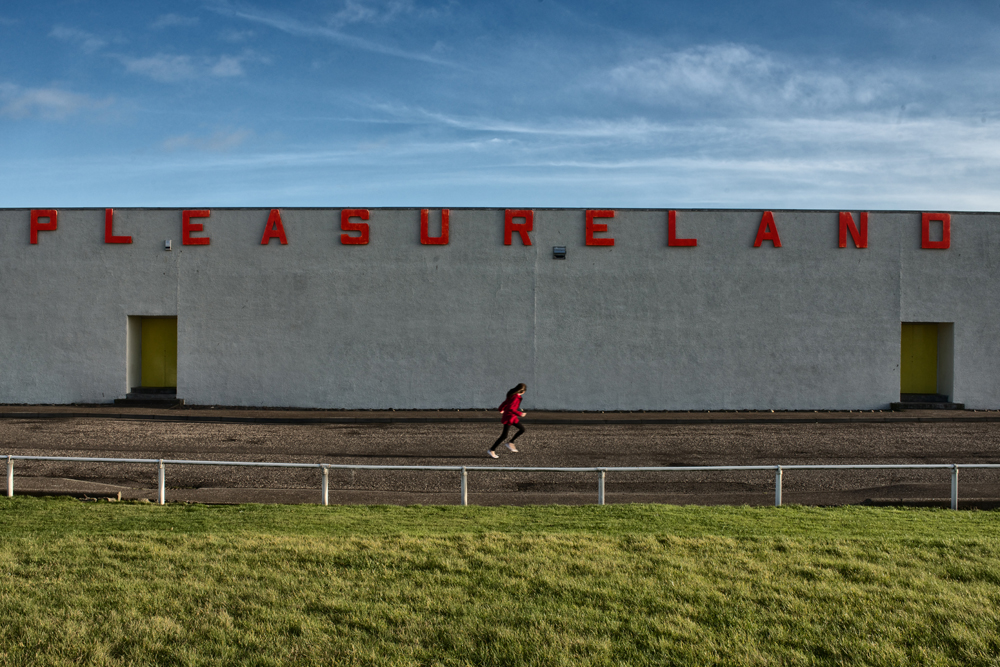 Alan McCredie, an Edinburgh-based photographer, had the genesis of a great project-idea in October 2012. Realising that the Independence referendum was exactly 100 weeks in the future, he decided he would start “100 Weeks of Scotland”, a photographic endeavour to record events and scenes from all over Scotland in the lead up to the referendum. As Alan on the website (100weeksofscotland.com) says…

“It is intended to show all sides of the country over the next two years. Whatever the result of the vote Scotland will be a different country afterward. These images will show a snapshot of the country in the run up to the referendum. The photos will be of all aspects of Scottish culture – politics, art, social issues, sport and anything else that catches the eye.”

Many projects which sound like a “great idea” at the time often falter as real-life intrudes on the ability to shoot relentlessly on the same topic. However Alan has stuck with it, shooting across the whole of the country week-in, week-out, and now the end of the project is coming over the horizon.

Astutely he managed to get the Scotsman interested in showcasing his weekly photo digests and has thus given him a good platform to leverage the project and make it a decent proposition for a book and exhibition.

Alan covers many different subjects in the project, occasionally shooting around work for his main clients in the theatre, fashion and design industries. One week it may be wintery landscapes, the next it might be a series of portraits of a soap opera. In addition to a wide range of subjects, Alan also writes thoughtfully on his topics and brings a lot of contextual information which make you want to know more about what he has been shooting.

In addition this project, Alan is a member of the Independence-leaning arts group, National Collective. He enjoys working collaboratively with about six other photographers from the group and there is a current joint-project for coming up with a series of National Collective posters which might run in bus shelters or online campaigns. On his featured page on the website, Alan explains his vision for a post-referendum Scotland: “The essence of the Scotland I would like to live in – entirely inclusive, welcoming, and most of all outward looking in its beliefs and ideas. Only through a rich exchange of different viewpoints and attitudes can a country truly be said to be wealthy”

Certainly the Independence referendum seems to have galvanized many artists and writers in Scotland to contribute in some way to the “national conversation” that is supposed to be accompanying the referendum in its passage through Scottish civic society. The conversation may occasionally get a bit shouty but it is giving many people with a creative voice, including photographers, an opportunity to explore more personal stories close to home. Ironically as newspapers cut back on the number of photojournalists they employ so the number of photographers developing strong documentary projects, like 100 Weeks of Scotland, seems to be on the rise.

“Documentary photography in Scotland is very strong at the moment, there seem to be lots more people doing it, more of a sense of not working alone. Working with the National Collective has been great in that I enjoy working collaboratively and knocking ideas about. And sometime you just want to be able to ask a daft question about how a bit of your camera works! It’s good that the National Collective now have a dedicated space down in Leith called the Art Cave, and I’m looking forward to putting on a mini-exhibition of 100 Weeks of Scotland down there in the spring.”

Document Scotland enjoyed picking some favourite images from Alan’s project to accompany this blog but we also wanted to hear some anecdotes about specific images from the photographer.

“I had been photographing the many places that claim to be the ‘centre of Scotland’ and this was one of those places. I had done a lot of research beforehand and had consulted maps and other photos to work out exactly where to photograph. I had checked this location on Google Street View before setting off and it was a little uninspiring. I didn’t really hold out too much hope for a decent shot. As I got to the exact location according to my GPS, I genuinely could not quite believe it when I saw the road sign at the edge of the road. It points almost directly to one of the supposed centre points of Scotland (follow the arrow about two-thirds up the hill). There were roadworks nearby and I suppose the sign was placed there accidentally. I think it shows that it can sometimes just take a small stroke of luck to give a shot that little extra.”

“This image was a very quick portrait and one that I like a lot. I had been working for the Carnegie UK Trust and was photographing one of their events. As soon as I saw the priest I really wanted to get a shot of him. I kept circling, but didn’t want to intrude as he was deep in conversation. Moments before he left I finally got my chance and I asked if I could take his portrait. I don’t think he was too sure about it and I took one shot, before he turned to go. I don’t think I could have got a better one if I had shot fifty more and I don’t think I would have asked him to stand the way he did if I had had more time. It is his positioning, and body shape that makes the image work for me.”

“I was lost in an industrial estate of endless roundabouts in Stirling when I spotted this barber van. I drove up to it and took a few shots and then drove on. I stopped for petrol a few minutes later and quickly checked the images. They were OK but it was fairly obvious it really needed somebody in the shot to make it work. I headed back and realised that, actually, I really did need a haircut. 15 minutes later, freshly shorn, I took a few images of the owner of the van and drove on. £6.50 for a pretty good haircut, and a nice image was well worth it.”

“This is one of my favourite images. I was doing some images of a high school prom as a favour for a friend and had been snapping away as the kids arrived. The moment I saw this couple enter I knew I had to get a shot of them. At first it was difficult to get them not to smile so I photographed away knowing I would get my chance eventually. After not too long they were very quickly getting bored and this was the last, and best, and best frame that I shot. Essentially I bored them into getting the image I wanted.”