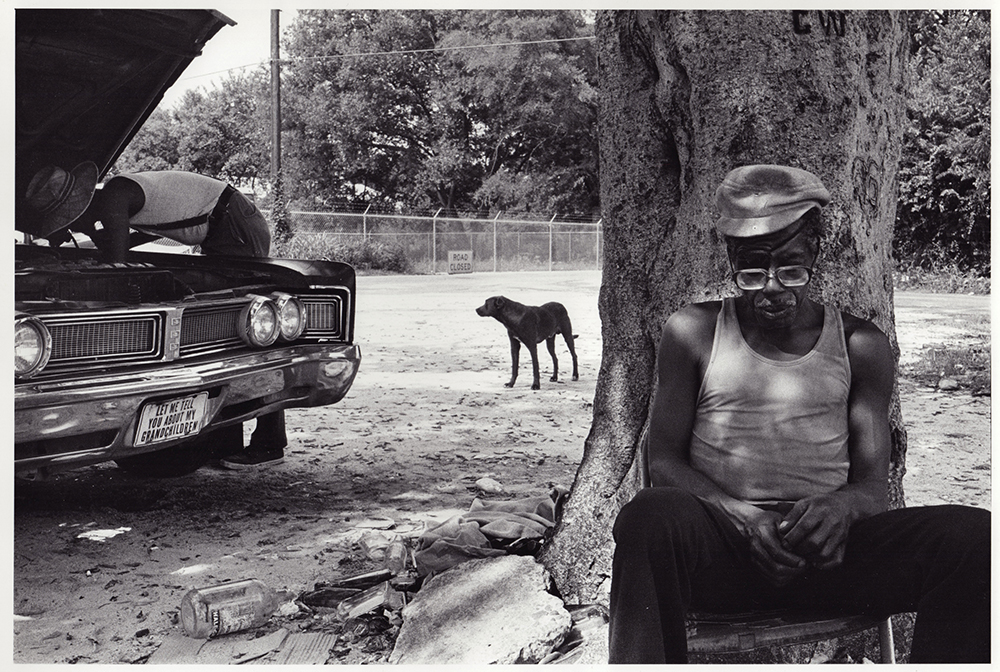 The United States of America is the great canvas onto which photography has painted history. As such, it is hard to imagine discovering a new body of work which truly illuminates American life, throwing into sharp relief the rugged contours of this singularly unique and diverse nation.

In 1980, Edinburgh-born documentary photographer Chick Chalmers (1948-98) was awarded a Scottish Arts Council grant as part of an exchange programme to visit the United States to take photographs. During a nine month period he visited almost every state over in an ancient VW camper van. The result was An American Roadtrip, which is currently being exhibited for the first time in almost four decades at Ten Gallery in the capital. These powerful yet subtle images reveal America’s hidden depths as depicted in everyday scenes in towns, cities and streets across the land. It is a remarkable set of photographs, one which although instantly calling to mind the great Robert Frank, nevertheless have something decisive and individual in their observational quality and forthright composition. These monochrome pictures set the stage for a country on the cusp of change: the stinking entrails of segregation sit uneasily with the creeping onset of Reaganomics which would render much of what Chick depicted as obsolete and redundant within a decade. These are moments in time to savour, and each one of the photographs on display invite the viewer to linger and ponder.

Like his photographs, Chick Chalmers was something of an enigma. His work was familiar to me, insomuch that the small amount he did produce was of such outstanding quality and interest that he was one of the ‘names’ which influenced my dreams of becoming a photographer. His series on life in Orkney shot in the mid-1970s produced many gems, none more so than ‘Sheep Being Transported For Sale In Kirkwall, Orkney’ a classic Scottish documentary image.

After An American Roadtrip was completed and premiered at Stills Gallery in 1982, Chick concentrated on teaching and his growing family. Despite the pleadings of friends and colleagues, he was happy to remain in the shadows, producing a fraction of the amount of work which his talent deserved. But that was his choice. And the beneficiaries of his wisdom and love were his students and his family. Although I didn’t know Chick personally, I remember precisely the day of his untimely death. I was attending a photocall with a number of other photographers where the world’s first bionic arm was being presented by scientists in Edinburgh. Suddenly a call came through that Chick was about to pass away and I recall at least three of the photographers present simply dropped their cameras and dashed across town to be with him. It is a mark of the man’s remarkable presence that he wished to be with so many friends at this pivotal moment of his life.

Legacy is an oft used and abused word in the world of photography. Few bodies of work survive the test of time and can be said to be truly important. I would content that Chick Chalmers’ An American Roadtrip deserves to be regarded as one of the great canons of work ever produced by a Scottish photographer. It is both exciting and gratifying that it is seeing the light of day once again, fittingly, in the city of his birth.