Born in Edinburgh, Colin McPherson has been photographing in Scotland and abroad for the last three decades. He undertakes long-term projects alongside commissions and assignments for a number of newspapers and magazines and is represented by Getty Images. Colin’s work is published internationally and held in archives and collections such as the Scottish national photographic archive and the University of St. Andrews University Library’s Special Collections. His photography has been featured in more than 30 solo and group exhibitions and his major Document Scotland projects include A Fine Line, The Fall and Rise of Ravenscraig, When Saturday Comes, and Treasured Island, the last of which was his contribution to the collective’s 2019 touring show entitled A Contested Land. 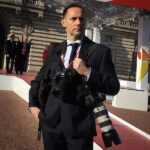 Jeremy Sutton-Hibbert grew up in Scotland, where on his 13th birthday he received the gift of a camera. A few years later he subsequently became a freelance photographer for editorial, corporate and NGO clients. His work has appeared in magazines such as Time, National Geographic, Italian Geo, Le Figaro, The Guardian, The Sunday Times, and many others. For over a decade Jeremy has been one of the principal photographers for Greenpeace International, and his assignment work for editorial and corporate clients has taken him to over 100 countries. His personal and commissioned work, for which he has been the recipient of photojournalism awards, has been widely published and exhibited in Europe, Asia and USA.

Sophie Gerrard began her career in environmental sciences before studying photography in her home town at Edinburgh College of Art and completing an MA Photojournalism and Documentary Photography at The London College of Communication in 2006.  Working regularly for clients such as The Guardian Weekend Magazine, Financial Times Magazine, The Independent and The Telegraph Saturday Magazine and on long term self initiated projects, she pursues contemporary stories with environmental and social themes. A recipient of a Jerwood Photography Award, Fuji Bursary and several other awards, Sophie’s work has been exhibited and published widely in the UK and overseas and is now held in a number of national and private collections. She is represented by The Photographers’ Gallery in London.