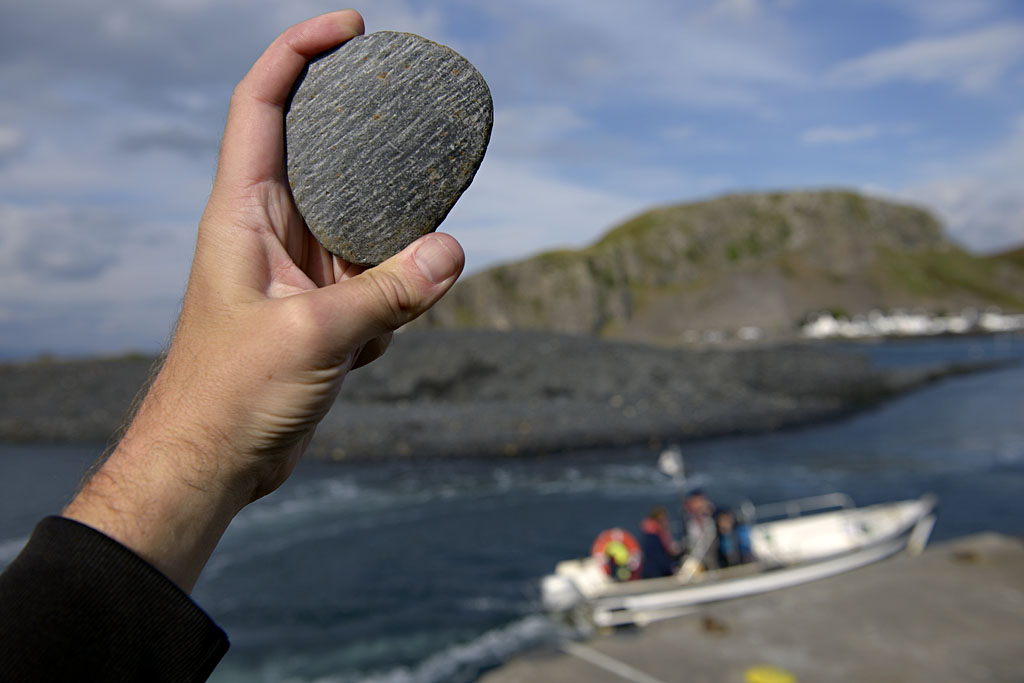 Last week, the island of Easdale was in the news about a threat to a world-class sporting event held on its square mile of craggy slate anchored off the Argyll coast. Apparently the island’s owner wanted to cancel the island’s premier sporting event of the season, the World Stone Skimming Championships, for not providing a large sum of money to indemnify him against any claims leading from the event. Thankfully a  last-minute deal was brokered and so  I decided to go along and see what these elite athletes from the stone skimming world were up to.

The World Stone Skimming Championships began in earnest in 1997 and were founded by the Eilean Eisdeal (The Easdale Island Community Development Group) as a fundraising event. The island’s now-abandoned slate quarry makes it the obvious place to hold a world championship in this field and after some canny marketing and healthy PR, contestants now hail from around the world and the event attracts over 300 participants.

The rules of the World Stone Skimming Championships are rigourous. Stones must be no more than 3 inches in diameter and formed of Easdale slate. The stone must bounce no less than 3 times and skims are judged on the distance thrown rather than the number of bounces.

The competition is split into Ladies, Men, Junior Boys and Girls and Under 10s Boys and Girls categories. There is also the Old Tosser section for senior stone skimmers.

This year’s event seemed to benefit from the news attention it received in the preceding week and the cliffs surrounding the quarry were jammed full of participants, their supporters and curious punters like myself. The quarry’s walls resounded with throaty cheers and the bellowing of stern officials. It got me thinking that odd, and faintly ridiculous events like these, are a clever way for small Scottish communities to open their arms to tourists and raise a few bob from a new generation of outdoor sporting trials. The world’s first crazy golf tournament, set in some entrepreneurial Scottish seaside town, must surely be on the horizon.