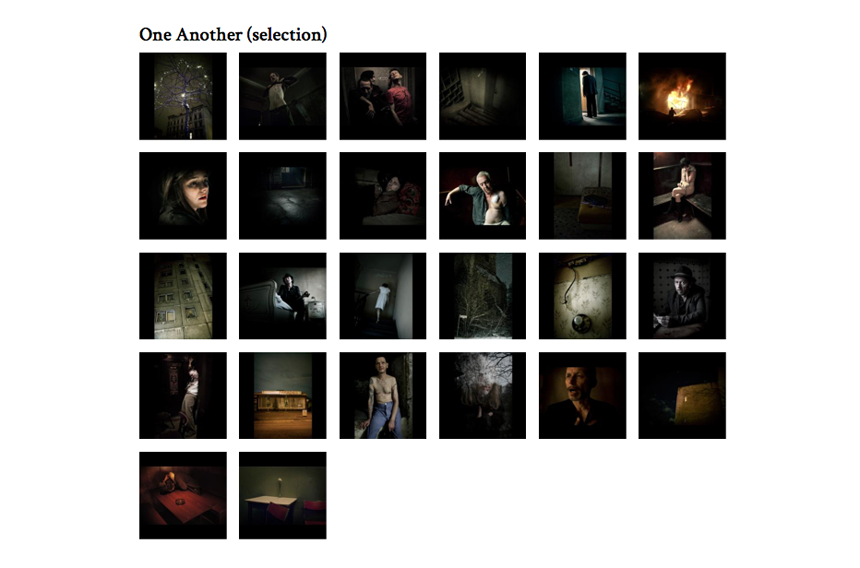 The latest winner of the European Publishers Award for Photography – ‘One Another’ by Alisa Resnik – is now available.

‘One Another’ features images mainly taken at night in St Petersburg and Berlin. Leaden-coloured scenes, greasy spoon cafés, empty halls and old hotel rooms that seem to echo with traces of the past. And people’s faces…… hurried glances, small awkward gestures, hands searching for support, the signs of grief or desparation in the corner of an eye – people breaking through the glass of loneliness.

For Resnik, photography is the way to stop a moment and look deeper into reality, to step past the often painful dichotomy between subject and the object: “You roam the world looking for the moments you can stop and turn into an act of perception, looking for a revelation, looking for a mirror.”

Alisa Resnik (b. 1976 in St. Petersburg, Russia) moved to Berlin, Germany, in 1990. After studying Art History in Berlin and Bologna she began photographing in 2008. Her work has been exhibited in Rome, Milan, Madrid and at Les Rencontres d’Arles. She was also selected for the Photoespaña 2009 Descubrimientos and among the new talents at the Musée Suisse de l’appareil Photographique in Vevey.

The hardback book, is available for purchase at Dewi Lewis Publishing at a cost of £30/$48 and features 67 colour photographs.