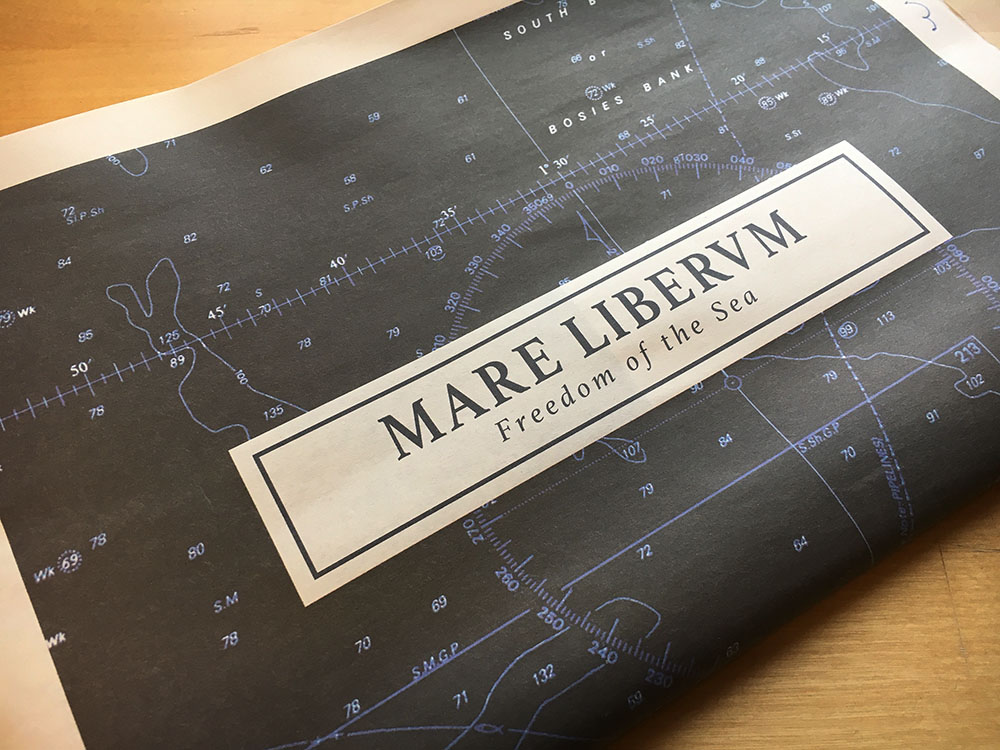 The work of Scottish photographer Keith Lloyd Davenport first came to our attention last year when Document Scotland held a portfolio review session in Cardiff at the launch of our Common Ground exhibition at the city’s Millennium Centre.

It’s fair to say that tackling the subject of fishermen as a documentary photographer offers both abundant source material, but comes also with a series of pitfalls. Whist the allure of Scotland’s coastal and fishing communities draws us into a rich history set against the contemporary narrative of a once-thriving industry in seemingly terminal decline, the fact that so many great photographers have spent time and effort capturing fishing in all its forms means that the bar is set incredibly high in terms of producing something relevant, interesting and different from what has gone before. Indeed in his ongoing project Mare Liberum, Freedom of the Seas, Davenport cites two legendary bodies of work, Pleine Mer by Jean Gaumy, and Fish Story by Allan Sekula as major influences. So far, so good. When it came to Davenport’s work, made chiefly at a number of locations around north east Scotland since 2014, the then final year photography student at Newport showed us a set of images which although technically good and aesthetically pleasing, left a void in terms of connecting with the subject and telling a story. There was something there, but we could not at that stage see what it was.

Fast forward almost a year, and Davenport’s project reached a milestone as a small selection formed part of his MA final show exhibition. To supplement this, he produced a newspaper with images from the project, giving further context and meaning to his work. This publication has transformed the work and what is presented on the pages illuminates both the photography and the story behind it. The idea came from discussions with friend and fellow photographer, Rocco Venezia, (who also collaborated with the design of the newspaper) to have something other than prints on the wall for the exhibition at West Wharf Gallery in Cardiff.

The end result connects us with the people involved in the story and the state of the Scottish fishing fleet at a time when the implications of Brexit – unknown and uncharted – will probably redefine what it means to be a fisherman in Scotland in the 21st century as the Common Fisheries Policy recedes over the horizon and into history.

It was Davenport’s connection to the area he was born – the town of Banff on the Buchan coast – which gave him the initial impetus to make the work. It is places such as this which have seen the greatest changes in fishing over the past two decades as the European Union’s decommissioning policy has wielded the axe to so many small and medium-sized fishing boats. Concurrently, the consolidation of the industry now means that so-called super trawlers now rule the roost and these enormous and incredibly high-tech vessels compete in Scotland’s territorial waters with boats from outwith the country, to land almost all the nation’s catch.

One of the most striking aspects of the work presented on the pages of his newspaper is the ethnic mix of the crew of the boats which Davenport worked with. It nails the lie that the fishing industry supports scores (hundreds? thousands?) of ‘indigenous’ jobs. I look at the Filipino faces staring back at me from the pages (around 1000 men from the Philippines have crewed for the Scottish fishing industry in the last decade) and wonder what this multicultural workforce makes of Peterhead or Fraserburgh and what these communities make of the men whose honest toil puts fish on our plates and in the nation’s chippies. It is a further mark of how the world of traditional, manual work continues to change in the interconnected, global world of business.

Scotland’s skippers were the most enthusiastic Brexiteers and it will be interesting to see how this plays out over the coming years. Hopefully Davenport, his studies behind him, will continue to find the motivation and skill to continue with this striking and worthwhile project.