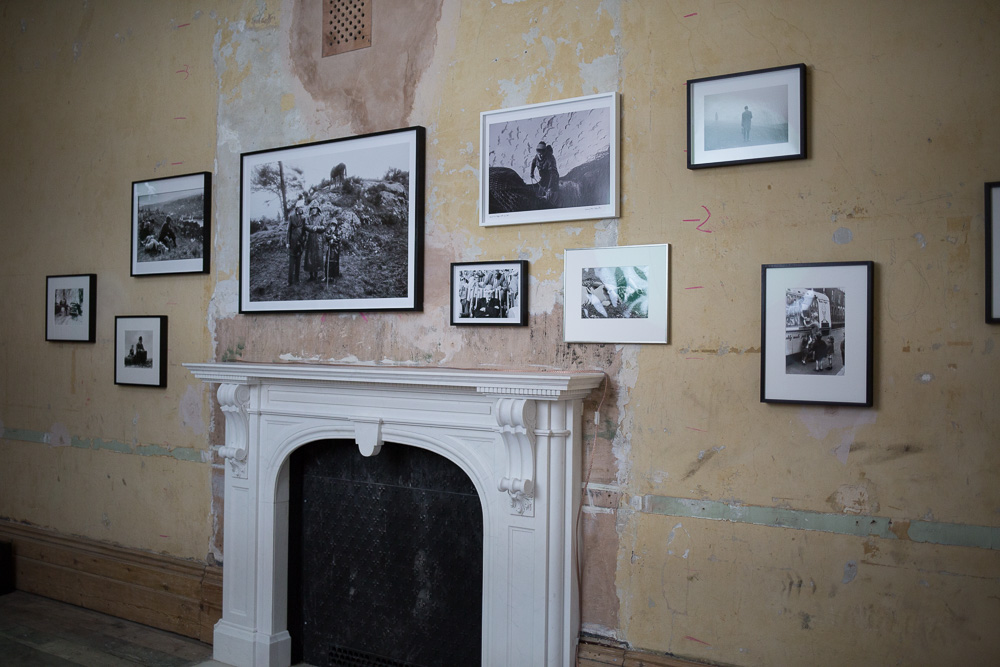 Here We Are, by Burberry

Here We Are, an exhibition of over 200 photographs of British documentary work by 30 photographers, including work from Jeremy Sutton-Hibbert’s North Sea Fishing series, has gone on show in London, until 1st October. The show is curated by Christopher Bailey, President and Chief Creative Officer, Burberry; Lucy Kumara Moore, writer, curator and Director of Claire de Rouen; and co-curated by photographer Alasdair McLellan.

HERE WE ARE – EXHIBITION OVERVIEW
A major photography exhibition exploring the British way of life and character on display at Burberry’s new show venue, Old Sessions House.
* ‘Here We Are’ will bring together the work of over 30 of the 20th century’s most celebrated social and documentary photographers, from 18 September – 1 October 2017.

* The exhibition will be displayed over three floors of Burberry’s new show venue Old Sessions House in Clerkenwell, which will open to the public for the first time since its restoration.
* The exhibition will feature over 200 works and will be divided into themes which reflect different aspects of the British way of life.

* The exhibition will showcase important bodies of work by individual photographers as discrete, monographic presentations, alongside the thematic displays.

More information and further interviews and work from the show can be explored via the Burberry App for smartphones.

PUBLIC PROGRAMMING & EVENTS
In addition to ‘Here We Are’, we will run a varied programme of events and activities and will include temporary versions of Burberry’s all-day café Thomas’s and a Claire De Rouen book shop.
We are endeavoring to curate a programme of events in collaboration with exhibiting photographers and key creative partners which will respond to key themes of the exhibition. Drawing upon the specific expertise of each partner, the programme will include a rich and varied selection of talks, tours, workshops, conversations and book signings. Visitors will be able to sign up to the public programmes and events via Burberry.com.

OLD SESSIONS HOUSE
This September, Burberry’s show will be taking place at a new venue, Old Sessions House in Clerkenwell. The space will be opening its doors to the public for the first time since its restoration. As well as being the home to the ‘Here We Are’ exhibition, the venue will run a programme of events and activities and will include temporary versions of Burberry’s all-day café Thomas’s and a Claire de Rouen bookshop. Old Sessions House will be open daily, from 10am–9pm, 18 September – 1 October 2017. Old Sessions House is an 18th-century Grade II* listed building, for which construction started in 1779. It opened for use in 1782 as Middlesex Sessions House and was once the largest courthouse in England. With an architecture that has attracted attention from artists and topographers over the years, the building is Palladian in style, with a facade constructed in Portland stone and an interior featuring a grand coffered dome at its centre. Visit www.theoldsessionshouse.com for further information.