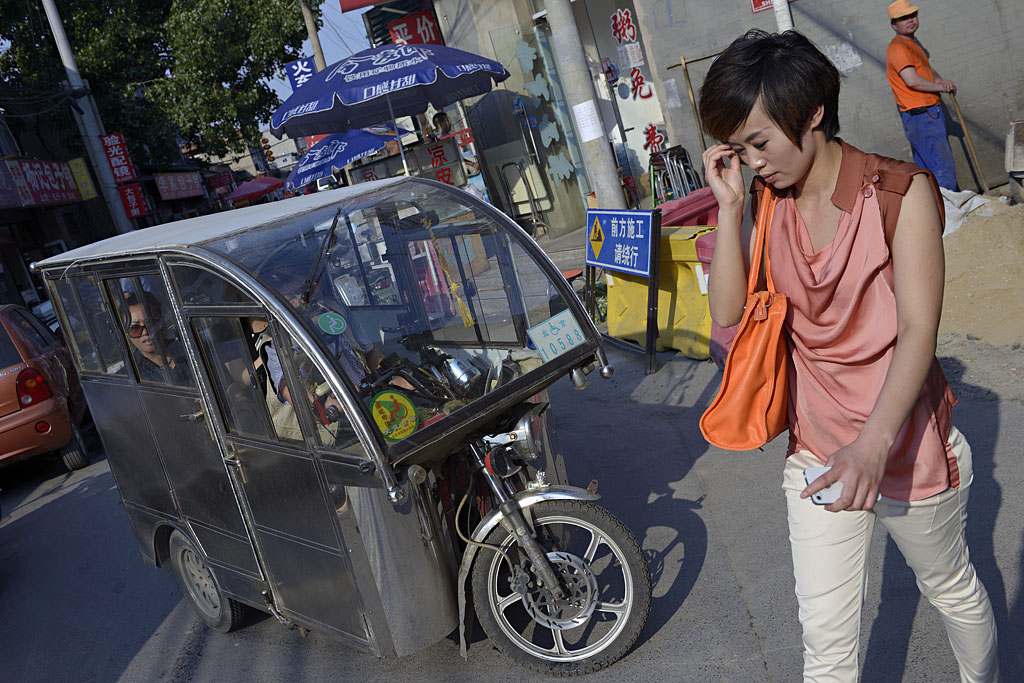 In June of this year the Document Scotland photographers were invited by the Beijing Municipality Government to be part of their ‘World Photographers Focusing on Beijing’ project. Each year since 1999 this project has  taken place with 10 photographers from across the globe being invited to participate, to visit Beijing, to photograph and capturing their own viewpoints of the ever-changing megalopolis.

The resulting images, some of which you see here, more can be seen in the Portfolio section of this website, were exhibited at the Barbican Centre, in London, UK, during the 2012 Beijing Culture Week, which coincided with the London Olympics.

“To this first-time visitor, Beijing with its six ring-roads, twenty-million souls and shiny-new skyline was hard to work out. Taxi drivers needed maps printed for them and tube trains journeys could take over an hour to span the city, but thankfully having a camera helps make sense of this mega-city. Contrary to what I expected people were not suspicious of a tall white foreigner with a lump of expensive Japanese camera gear round his neck. All roads, streets and un-promising alley-ways were open to an inquisitive walker and only once was I asked not to take a picture. Contradictions abound in this epic urban phenomenon and I hope I managed to show some of that in the pictures I returned with.” – Stephen McLaren.

“This was my first visit to China, a country which I had heard much about, but knew little of. The images I had in my mind of China, its history and its place in the modern world, were monochrome or cliched. What confronted me in metropolitan Beijing inhabited a completely different realm. I was fascinated by the Chinese people’s love for their land, their devotion to their culture and their passion for the historic buildings and sites of worship and conquest. They flock in their hundreds of thousands to visit the great edifices of the Chinese empire past and present. And where half a century ago they might have stood in Tiananmen Square in green khaki and Mao hats, today they sport the paraphernalia of the international tourist, hungrily buying up souvenirs and taking gigabytes of photographs. This is what I saw them seeing.” –  Colin McPherson.