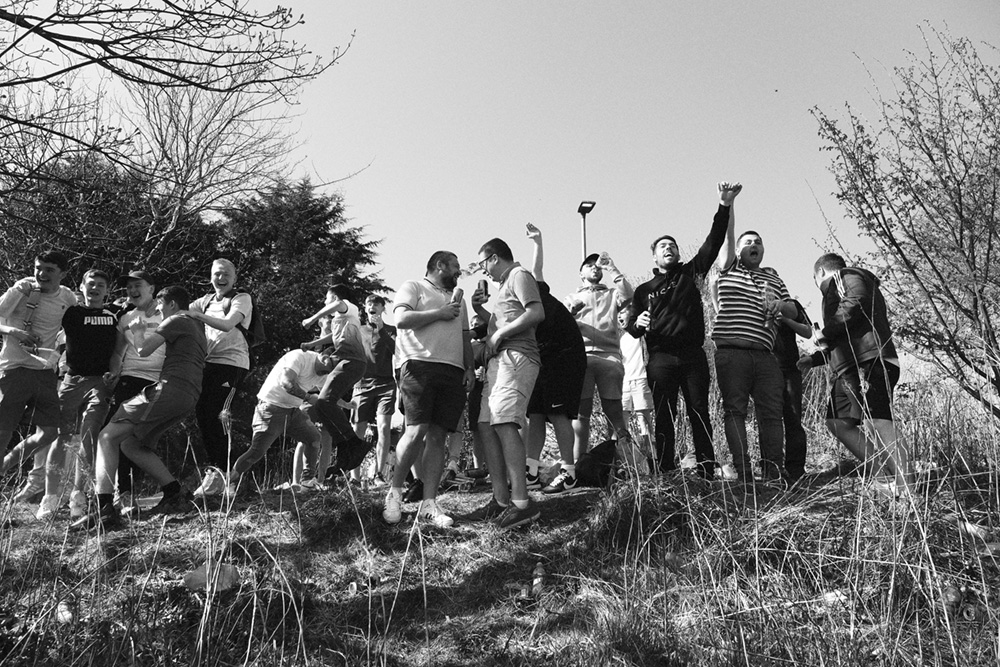 Glasgow-based photographer Iain McLean is a long-time chronicler of one of Scottish football’s less celebrated and supported teams, Albion Rovers.

Nevertheless, just as the loyalty of fans is rewarded by a thrilling victory or a surpsrise win in a cup tie, so the photographer who perserveres on a project with dedication, enthusiasm and skill can take pride and satisfaction at a job well done. We’ve highlighted Iain’s work with ‘the Wee Rovers’ before, but this gallery takes us on a more recent journey, following the fortunes of the Coatbridge-based club through the dark days of Covid-19, when football was partially obscured behind closed doors and back to the verge of normality as spectarors were allowed back into the League 2 team’s home matches once more this season.

As this is a follow-on of previous work, Iain continues to document life at Albion Rovers in glorious monochrome. It’s perhaps ironic, given that the Rovers’ colours are an iconic blend of garish yellow and vibrant red. But given the context, the rather miserable experience football supporters endured during successive lockdowns during the 2020-21 season, it is very fitting nevertheless. The sense of exclusion is mirrored in the odd contrast with matches having to be staged behind closed doors, come what may. We see club officials, volunteers, helpers and staff all playing their part in making sure fixtures can go ahead safely and without disruption. Added to the previous roles and responsibilities, we note the ever-presence of hand sanitiser, disinfectant spray and tape marking where players and officials may, or may not, be permitted to go within the stadium. The conspicuous thing missing are the rows of pals and comrades on the terraces and in the stand, united together on a sunny Saturday afternoon or rainy midweek, cheering and groaning in equal measure as their team strives for victory.

For the photographer, the challenge of sustaining the Covid-and-football story was immense. “Without fans, football is nothing” is how the great Jock Stein, himself a former Rovers player, summed up the national game. For photographers such as Iain, whose interest in the sport lies chiefly beyond the pitch’s perimeter, it was a even more difficult, as he endeavoured to illuminate the soulless scenes which unfolded each week. From sitting alone with a beer in front of a laptop screen watching a live feed of the game, to standing on tip-toes peering into the ground to view the action, Iain captures the zeitgeist of last season. As a photographer who was simultaneously working on a similar project in England, I can sympathise with the atmosphere that fan-free football brought. But like Iain, I was propelled on by the sense that everything would, eventually, return to normal, or what passes for normal in the lower reaches of the Scottish Professional Football League, and that we were witnessing something (hopefully) unique.

This season, Albion Rovers supporters have trodden their familiar path back to Cliftonhill to cheer on the team. The squad is bumping along, sometimes peering over their shoulders nervously at the prospect of relegation, but also occasionally dreaming of promotion and glory. But most of all, just glad to be back in their old routines, watching their team, win, lose or draw. And Iain McLean is amongst them, looking for the joy and despair on the faces as they cheer on the mighty Albion Rovers Football Club.

To see more of Iain’s work, please visit his website.