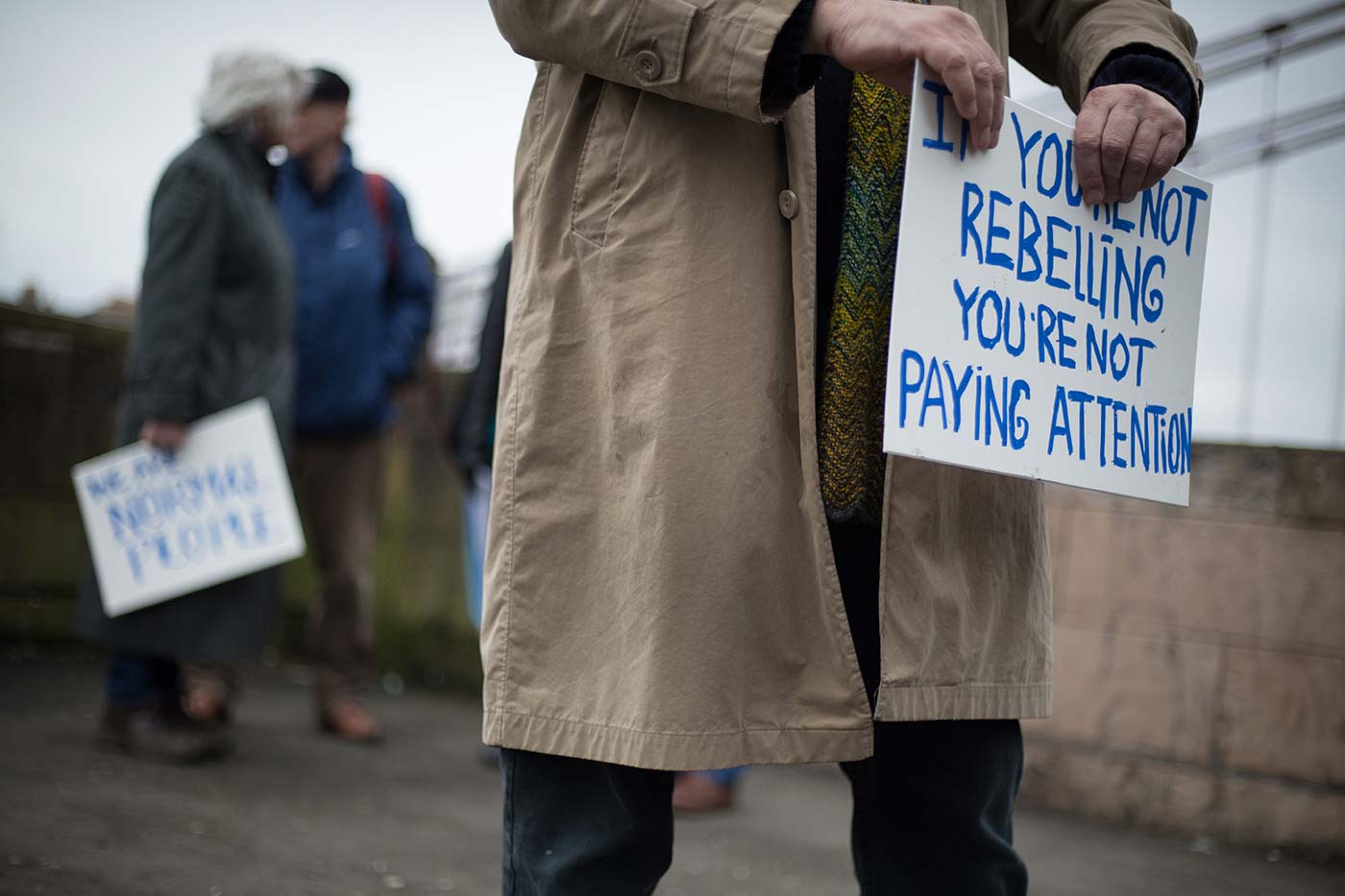 “If you’re not rebelling, you’re not paying attention” is a quote on a placard and gives the title to a portfolio of photographs by Jeremy Sutton-Hibbert in 2019, documenting the climate protests on 2019 in Glasgow. Here he explains what he saw:

“From young to old, seasoned campaigners to those learning to take action, the streets of Glasgow, Edinburgh and further afield in Britain, have been occupied recently by those exasperated with council and government policy on climate change inaction. As on placard read, ‘The oceans are rising and so are we.’

“A photographer with Greenpeace International for almost 20 years I’m lucky/unlucky enough to have seen first hand the effects of climate change on countries around the world. I’ve seen through my lens the hardship of life on the 1-metre high Carteret’s Atoll in the Pacific Ocean; I’ve flown over the clear-cut lands of Sumatra in Indonesia documenting the sickening sight of virgin rainforest deforestation taking place; I’ve documented the indentured slavery of the loggers working in the rainforests of Papua New Guinea selecting and cutting down hardwoods to ship to China; and I’ve photographed at dawn in the North Atlantic as activists from Greenpeace protest and board a ship carrying palm oil to Rotterdam.

Having seen first hand the problems we face, and are causing, I’m interested to see the actions taking place in the streets, to meet the youths striking from school and further education to protest outside the Scottish Parliament and to hear their views, and to photograph the actions of Extinction Rebellion protesters having their daily picnic outside the Glasgow City Chambers, or blocking North Bridge in Edinburgh. I honestly do fear for the world that the youth of today will grow up to inherit, the environmental problems that will have to be dealt with. Hopefully some of the youths I’ve met will continue to protest, and more importantly, ultimately find solutions to the problems the climate and the world faces.”