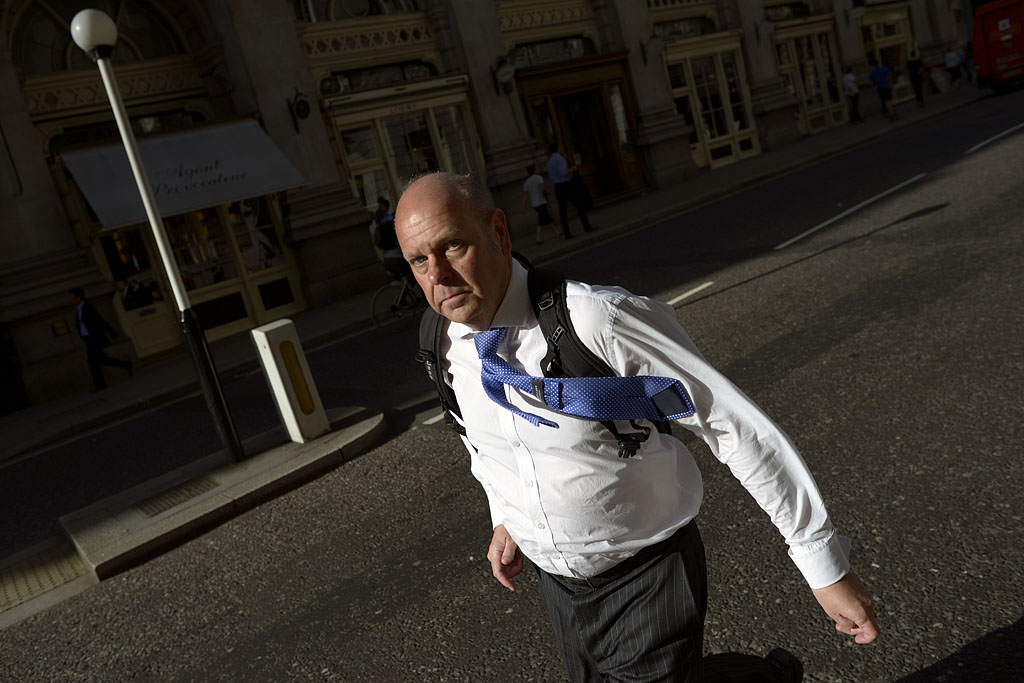 Death In The City

Four years ago, almost to the day, a Scottish company which, until then had been the biggest in the world by asset size, effectively went bust. Just before it expired it was pumped full-of £46 billion by the British taxpayer and subsequently nationalised.

RBS, founded in 1727 in the parsimonious city of Edinburgh went on to be the bank which through its excesses and negligence nearly brought the British financial system to the brink of collapse.  That week, sensing that the British and the world economy were about to take a wild turn into unknown territory due to the nefarious activities of the banks, I decided that I would try and document this maddening tale with my camera.

Although RBS was an Edinburgh-based bank, most of its nefarious activities originated in the City of London, that medieval fiefdom which exists in a shady un-democratic twilight-zone north of the Thames. So for the last four years I have been in and around the Square Mile, stalking glass-fronted HQs and staring relentlessly at so-called Masters of the Universe as they scurried through EC1. The resulting project called Moral Hazard should come out in book format this time next year on the fifth anniversary of the crisis.

Below are some pictures from the chapter called, Death in the City. In this chapter I deal with the City’s response to the four suicides and one violent death which have resulted from the events of October 2008.