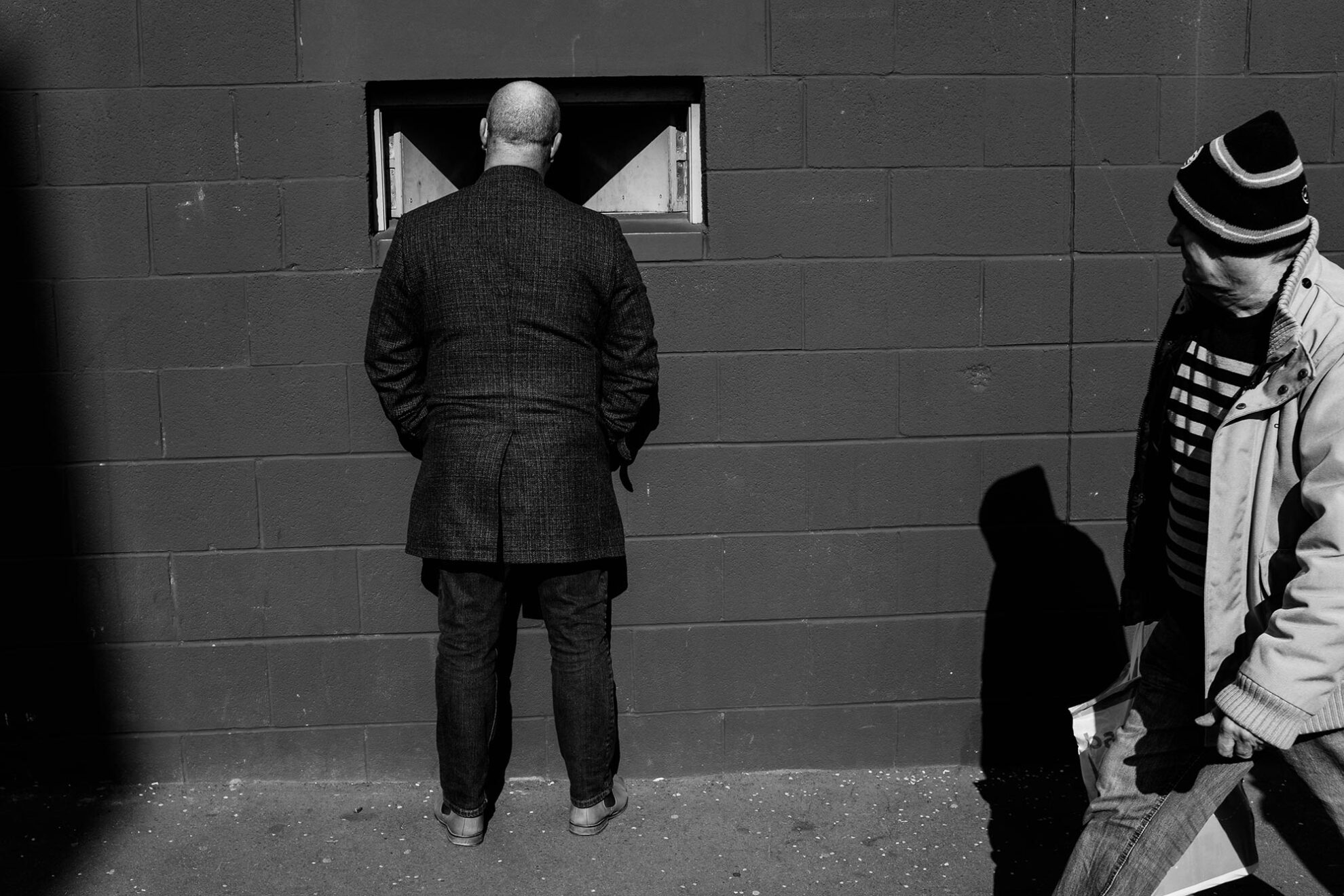 A Home Fixture by Kenny Farquharson

Home is where the heart is, especially when you are a football fan. A home fixture has an almost religious significance. For a lapsed Catholic like myself it has a sacramental quality. Match day is a holy day of obligation. Or sometimes a sorrowful mystery.

I left Dundee in 1980 at the age of 18 to go to university and in the decades that followed I was a fair-weather Dundee United supporter. Occasionally along the way I returned to Tannadice but I felt more like a tourist than a true fan.

Then a couple of years ago I bought a season ticket. I was travelling every weekend from Edinburgh to Dundee to visit my elderly mother. It seemed like an opportunity, finally, to be a real United supporter.

On a whim I took my camera, an unobtrusive Fuji X100F, and after a couple of matches decided I was going to take pictures at every game. Only rarely did I point the lens at what was happening on the pitch. What interested me was the home crowd. The kids, eyes shining with excitement. The old men, stoics from Ancient Greece. Tough guys being tender. Teenage boys experimenting with swagger. The fellowship. The easy familiarity.

The faces fascinated me. There seemed to be a number of archetypal Dundee looks. One was sandy-haired, pale-skinned and soft-featured, almost delicate. Another was dark, angular and Irish. And yes, some of the men looked like me. Dundonian DNA. To quote one of my mother’s favourite phrases, you always know your own.

In the George Fox stand, with a good view of the Law Hill between the floodlights, I felt the contentment of being where I belonged. It felt nourishing. It felt good for the soul. I admit at times the football was almost incidental. This was about reconnecting with the city of my birth, the place that shaped me. Admittedly that shaping process was more panel-beating than sculpture, but that is neither here nor there.

Despite being a godless heathen these days I occasionally go to mass with my mother to keep her company. And I always enjoy the colour and spectacle, the singing of hymns and chanting of responses, the strong sense of community. What I miss about being a churchgoer is what I value about going to the football.

Just as the liturgical seasons give shape and texture to the year so too does the football season. The game has its own feast days, its own colour and spectacle, its own rituals, its own communitarianism. Sitting in the crowd, part of the pleasure is having your emotions hit highs and lows in unison with 10,000 others. An adrenaline choir.

My photographs are the inexpert work of an amateur. But I have watched professional press photographers at work for four decades and, as an editor, I relished the job of picture selection and page design. I had good teachers.

The pictures I am happiest with are not necessarily the ones that are pinsharp or well-composed. Just as well, because technically mine are a bit of a mess. Instead I like the ones that make you wonder who that guy is, what that kid is called, what thoughts are going through that bloke’s head.

These are my fellow Dundee United fans. Thanks to them, match day feels like coming home.

Kenny Farquharson is a columnist with The Times. He microblogs on Twitter @kennyfarq. For more of his photography visit: tinyurl.com/y4apm4d2. This article is from the current issue of Nutmeg, a Scottish football periodical, nutmegmagazine.co.uk.

Fancy some extra time? – Join Kenny Farquharson, Colin McPherson and Jeremy Sutton-Hibbert on the Document Scotland supporter’s platform for a video chat and to listen to them discuss their respective photography projects looking at Scottish football culture, and hear how they approach the subjects, the insights behind images, and a few little tips. There’s also a free to download pdf of football photography from Jeremy and Colin to download, and enjoy!