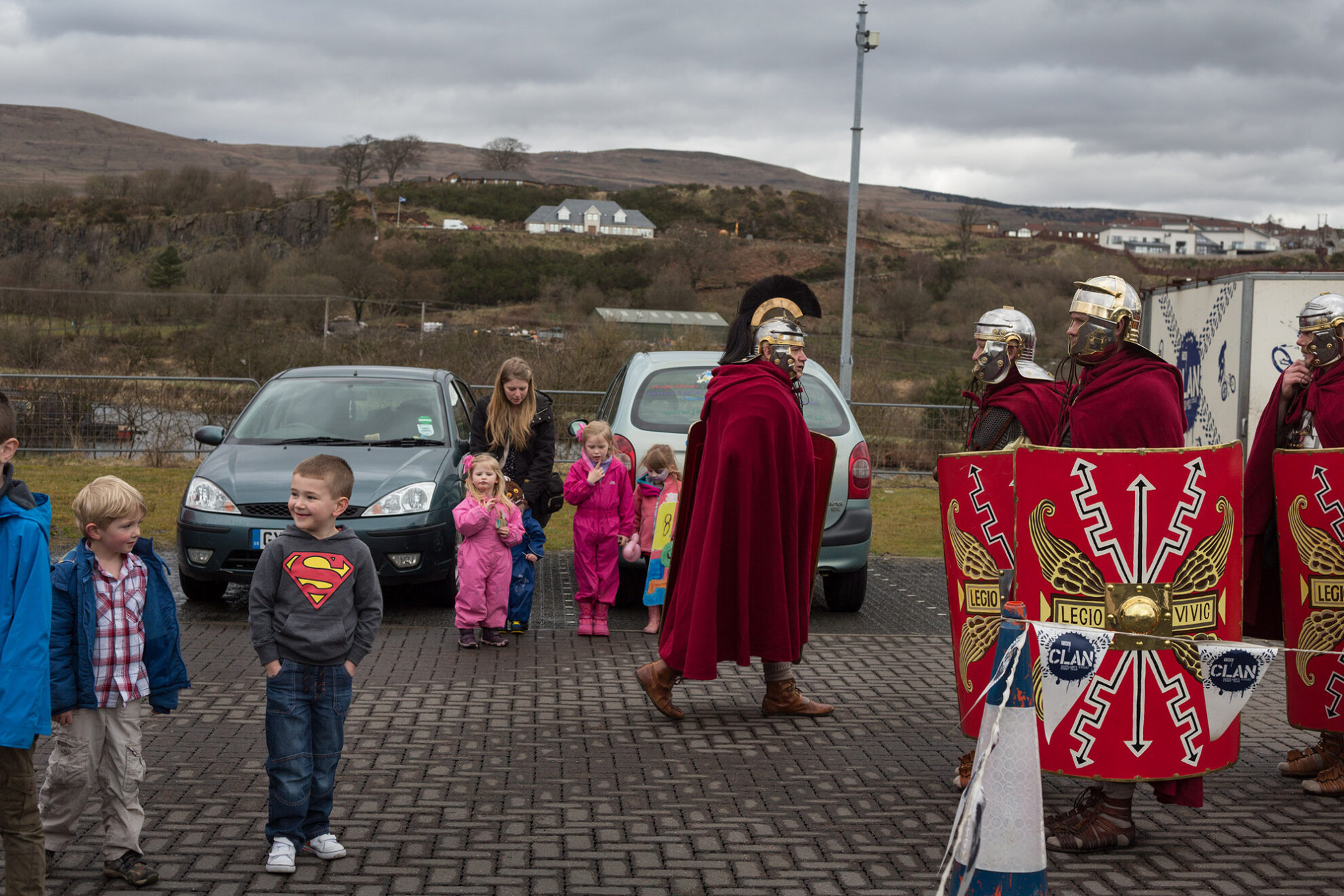 Edge of an Empire by Jeremy Sutton-Hibbert

A trip through time, through the landscape of the Scottish central belt, and along the edge of an empire, on the route of the Roman-era Antonine Wall.

From Old Kilpatrick on the River Clyde, in the west, cutting across landscape, in parts gauging out the land, to Bo’ness on the Firth of Forth in the east, the Antonine Wall formed the north-western most frontier of the Roman Empire when it was built around AD142. It wasn’t the limit of the Romans in Scotland, they ventured further north, but the wall, which was more of a ditch and turf rampart, embodied the limits, or the Edge of an Empire in the time of Emperor Antoninus Pius.

Having walked along the wall, visited the site of the former forts, and even over the course of a weekend run the 70km route of the wall, I’ve wondered what a centurion or legionnaire would think should he find himself back in Scotland now? How would the Syrian archers, part of the mighty Roman Army once stationed on Bar Hill, feel as the snow fell and they gazed out on the changed landscape they once knew? How would they feel about their posting to a modern Scotland?

This work was first exhibited as part of Document Scotland’s exciting group show Beyond The Border, in 2014, at Bradford’s Impressions Gallery. On our Document Scotland Patreon site, I’ve talked about these images and the project, with film of being out on the Wall, working, photographing, trying to imagine this trip through time and place.

All images and text copyright © Jeremy Sutton-Hibbert 2021, all rights reserved.