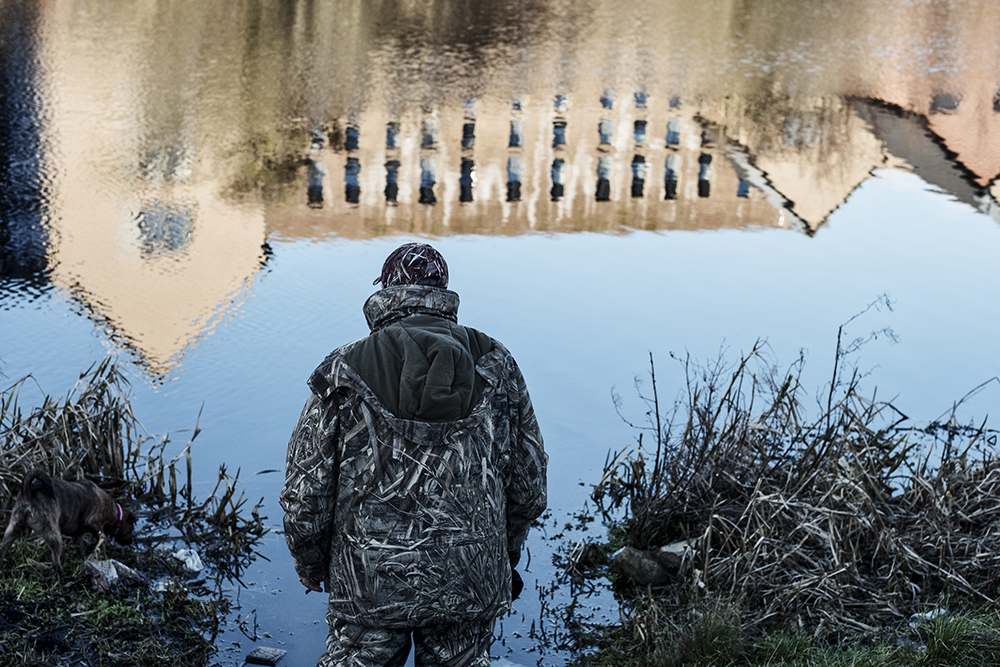 Forth & Clyde Canal by Brian Sweeney

In 2020, Document Scotland featured Glasgow-based photographer Brian Sweeney’s series The Great Football Grounds on the North. Now it gives us great pleasure to look at his year-long project of images made on the Forth and Clyde Canal as it makes its way through Glasgow.

Completed in 2016-17, the work was commissioned by Scottish Canals as a precursor to large-scale development and changes which are planned on the stretch of water between Anniesland and Pinkston, once the site of a power station, now home to a watersports park.

Brian’s photographs are a visual diary of a year spent walking, talking and meeting many of the people who use the canal and its environs for leisure and pleasure, now that the canal’s days as a vital cog in the city’s industrial landscape are behind it.

To mark the construction of a new bridge connecting communities on either side of the canal in Maryhill, Brian’s work has been on public display at the site as part of efforts to engage local people with the project. The photographs, selected by members of the community, will be exhibited until October, 2021.

To find out more about the background to the work, we recently interviewed Brian to mark the opening of his exhibition. You can listen to his stories about the canal and hear him talk about the images he made along the way by becoming one of our Document Scotland patrons.