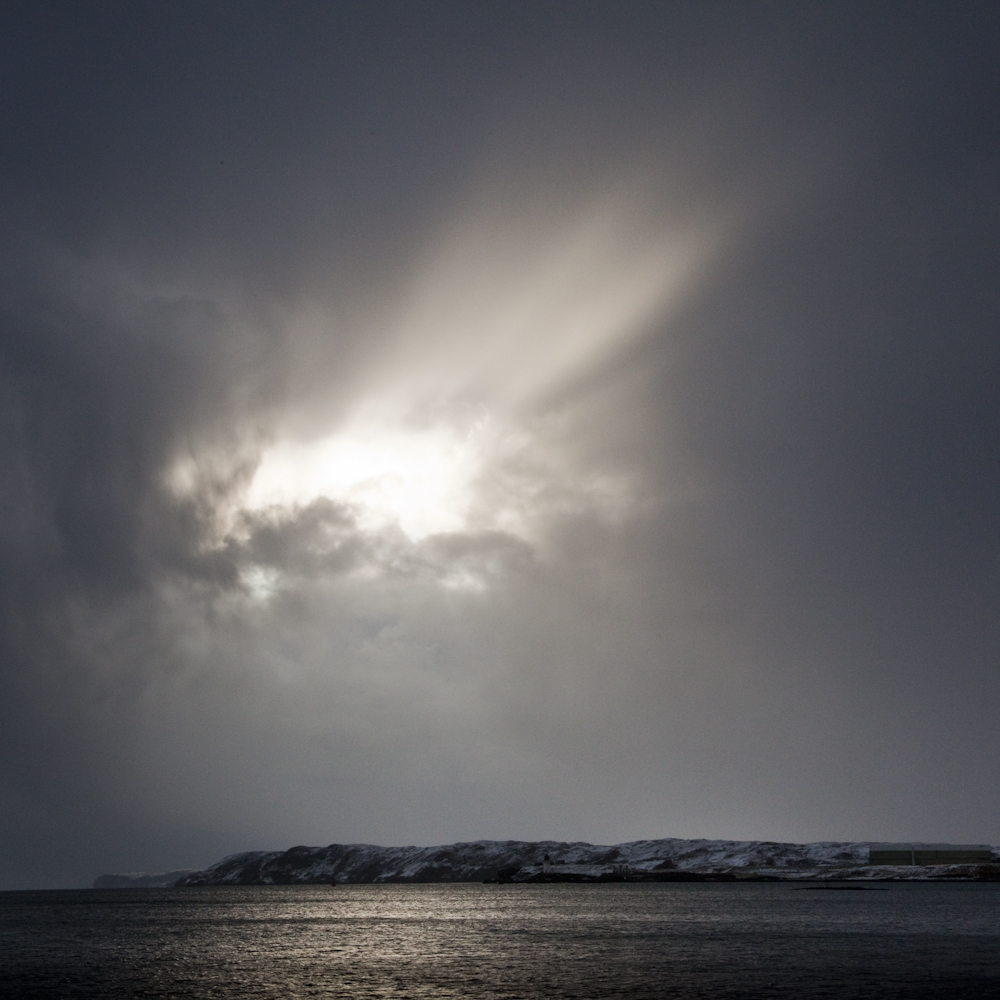 24 Bobbins to Ballalan by Robin Mitchell

24 Bobbins to Ballalan
The Tweed Mills of the Outer Hebrides, by Robin Mitchell.

In the autumn of 2009 I was entering my final year of study for a degree in Documentary Photography at Newport in South Wales. Not long before that I had made my first visit to the Outer Hebrides and I was looking for an excuse to go back. That year the BBC ran a documentary series about the state of the Harris Tweed industry and the role of the tweed mills within the island community. The combination of tradition, craft, industrial turmoil and the wild and beautiful landscape convinced me to travel to Lewis to make work there.

Harris Tweed is a hard-wearing, woven fabric made from sheep’s wool in the Outer Hebrides. The brand is protected by Act of Parliament and in order to be stamped with the famous Harris Tweed Orb trade mark the fabric must be woven at the home of the weaver using a treadle loom without electricity. This much is common knowledge, but the 3 tweed mills on the island of Lewis play a big part in the manufacturing process. They generate the bulk of the orders, wash and dye the wool, make the yarn and send it out to the weavers. The mill vans travel round the island dropping off yarn and collecting in the woven fabric, while workers in the mills darn broken or loose threads and wash, press and package the orders. I wanted to find out more about the work of the mills and the people employed there, but also about the relationship between the mills, the community and the landscape.

It is a cliché (and a marketing strategy) to say that the colours of the Harris Tweeds reflects the landscapes from which the fabric comes. In the past this was more literally true, when the yarn came from local sheep and the dyes were made by hand from lichen, seaweeds and other plants and minerals found locally. While these practices have changed, there is nonetheless a clear correlation. Each tweed is made from a number of different colours of yarn, but each yarn also contains a minimum of 3 different coloured wools, carefully weighed out and mixed so that each strand is flecked with different colours. Earth colours predominate – greens, browns and greys – but bright yellows and pinks, emeralds and scarlet also find their way in and the possible combination of colours and patterns is limitless. Like the landscape, the tweed reveals more beauty the closer you look.

In November and December 2009 I made two trips to the island, staying ten days each time. I stayed in independent hostels and traveled to the two active tweed mills by service bus. I hired a car for a couple of days to travel round and photograph the island, looking for that connection between the rocky landscapes of Harris and the moorlands of Lewis and the tweed that was being created in the loom sheds and mills dotted about the place. The connection was clear, not only in the colours of the fabric but in the lives of the overall-clad workers, many of whom had been fishermen or farmers or weavers and perhaps still were spending part of their year outside, working the land. And while the mills could not be termed ‘family businesses’, many of the people I met were working alongside other family members or working with tweeds created by friends and relatives.

Clearly a life as a weaver is no easy option – particularly when working with electric looms is not permissible – but the island people take pride in its creation and work hard to retain and build on its reputation and to protect the integrity of the brand that is so important to the island economy. After lean times in the 1970s, 80s and 90s when modern, man-made fabrics seriously threatened the future of the brand, the market for Harris Tweed is growing and diversifying.

24 Bobbins to Ballalan
The Tweed Mills of the Outer Hebrides