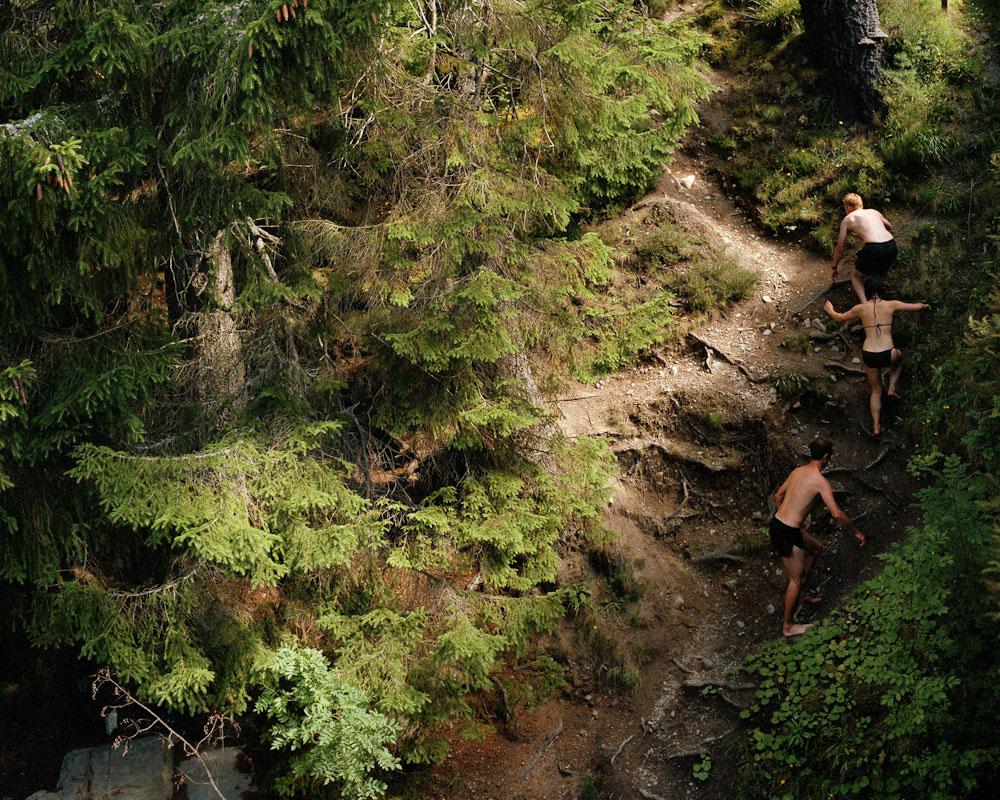 Ben Roberts‘ series Higher Lands shows a contemporary and youthful look at life growing up in parts of the Highlands. We’re really delighted to take the opportunity to feature it here on the Document Scotland site. All of us at Document Scotland know Ben’s work well, and this project is one which we’ve been talking to him about for a while now. The mixture of some quite still, almost formal portraits, and landscapes combined with a less formal and street approach to Highland life grabbed our attention right away. It’s quite different from work we’ve shown on the site until now, and Sophie had a chat with Ben about how the project came about and why he became interested in this subject matter in the first place.

DS – Hi Ben – thanks for talking us through this project and giving us some background information, how did Higher Lands initially come about?

BR –  I’d often thought about it as a subject for a photo project – by the time I really got started with it the idea had been in my head for quite a while. Whilst at university in Edinburgh, one of my key friendship groups consisted of a bunch of lads from Kingussie in the Highlands. We’d often talk about our childhood, growing up and the things we did, and I remember being struck by the fact that although I’d experienced so much of the same things as they had growing up, their stories were really so completely different from mine – you know? I grew up in Birmingham. When I was 15 we’d go out, and try to get into pubs at the weekend. When they were 15 they talked about going skiing for the day, or going to the golf course to drink beers, or heading out into the forest, to push a big rock down a hill. It always made me think, what’s life like as a young person growing up in the Scottish Highlands?

So, that’s how the project started really, as many do – from being in your head for a while.

DS – So what turned it from an idea into a project?

BR – I’d done a road trip with my father the year before I got any formal funding for this project. He’s retired now but he used to be a mountain guide – he’d climbed all the munros. Whilst I was at university I’d got heavily involved in orienteering and we’d train in the Highlands. I started climbing hills with my father when I was about 13 and by the end of uni I’d climbed about 70 of them. My father and I did a campervan trip in the Highlands for 2 weeks in 2006 – and a few of the landscapes were made then. Then, after university, like so many project ideas you have  – there were various reasons for not being able to really continue with the project, lack of funds, never really being the right time, trying to fit in assignments etc etc. So what really got things going was when the collective I was involved with after uni called Photo Debut  were approached by a funded European project called ‘Youth in the Countryside’. There were photographers involved from 8 different countries, each looking at young people growing up in rural areas. Alys Tomlinson and I both put in proposals, her for England and me for Scotland. The proposals were accepted, and with the help of some funding the work could begin. That kickstarted it.

The more conversations I had with my friends from Kingussie the more their experiences seemed a world apart from mine in Birmingham. By that point, my idea for the project was simply to try and cover some of those things we’d talked about. There is no utopia – small towns have so many of the same social issues as the cities. I wanted to explore the ideas of those differences and similarities. It was a broad brief and I set out only to make pictures – I had no preconceived ideas of what particular stories I would include.

DS – So you had a connection to Kingussie – what about other locations?

BR – Elgin in particular was a town I was interested in – they have an old town and new town, and two separate high schools. Of course there is a big rivalry between the two schools and young people from the opposite sides of the town. In the summers there’s not much to do in Elgin for a young person; maybe some of the kids drink and smoke too much, and spend their time just hanging out getting bored. So, the local youth services ran a summer scheme in order to bring the two sides together and encourage them to do sport and explore local areas beaches and forests.  I got in touch with the council and spent 5 days with the Elgin youth services. A lot of the images were made during this period. But in the end it wasn’t really that many days of shooting – I spent a lot of the time without my camera, getting to know the kids and make sure they were comfortable with me being there. The photography really only happened in the last few days.

I made some of the more open and expansive shots in Kingussie, and then in Elgin I was able to spend time looking at some of the more social issues. I also had the opportunity to photograph at the Tartan Heart Music Festival, north of Inverness, it’s a big event in the Highlands and I made most of the portraits there.

In Kingussie I stayed with friends, in Elgin at the youth group I camped and I also camped at the music festival. It was mostly all shot in the summer, in August.