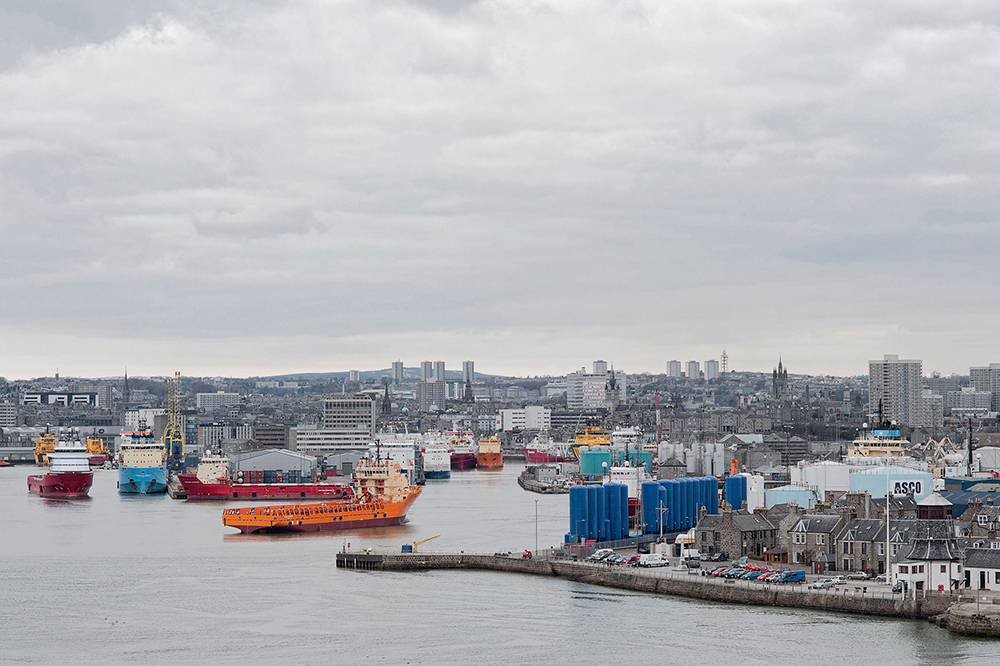 The Grey City by Blazej Marczak

We’ve been fans of Polish photographer Blazej Marczak’s work for a while now – so we were very pleased to see his project ‘The Grey City’ exhibited as part of the current Street Level Photoworks show ‘Ambit: Photographies from Scotland’ (until 18th June 2017). We’re happy to feature the project here too. After several years in Aberdeen, Blazej has now left Scotland for new adventures in Canada – we can’t wait to see how his new landscape inspires him.

‘This is a story of Aberdeen, a personal and subjective impression of this northern city. Bounded by two river mouths, the North Sea and vast green stretches of land, it is often described as the Granite City, though others say it is silver. It is also the energy capital of Europe. The label I feel is the most accurate is the ‘Grey City’. A ubiquitous landscape has been created by the silver granite and a matching sky: this evokes an atmosphere of gloom. I cannot see the glamour as described by others; what I am attracted to are the things that are seemingly commonplace, things which many may see as unimportant and mundane. The silver remains but is becoming stained, a patina encroaching. I am a outsider and I see it as an outsider will, free from nostalgia, raw. Although being a body of work created in and about Aberdeen The Grey City should be treated as open-ended visual poem consisting of archetypes and metaphors not restricted to one literal interpretation.’   – Blazej Marczak