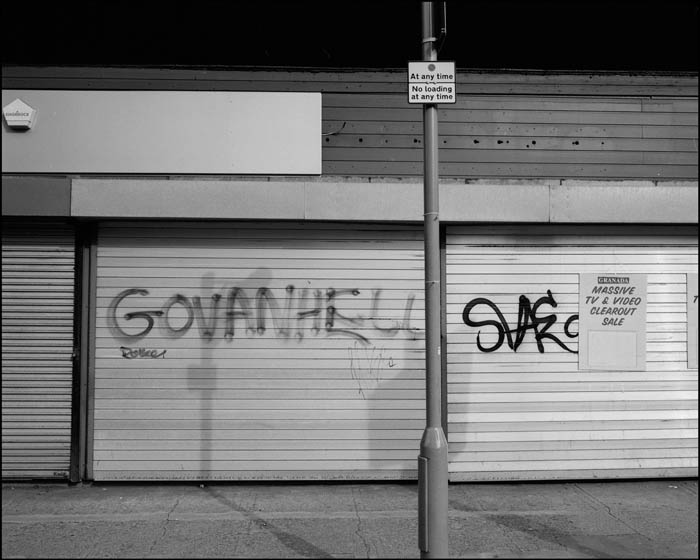 “Driving down Victoria Road I would see the graffiti on the wall, GOVANHELL. I drove past it a few times before finally one day stopping, getting out and photographing it. And so began my wanderings and hanging out in Govanhill area of Glasgow’s South Side. Over a period of time I photographed within the community, portraits of locals such as Davy with his snake, I’d attend and photograph the numerous protests to save the Calder Street swimming pools, and I entered the pool with protesters when it was closed up by the city council. I’d look for flyers on walls and lamposts and attend anti-Israeli demonstrations, and marches by Scottish Palestinian groups. The area always had a certain tension about it, immigrants mixed shoulders with people who’d been there so long they’d forgotten that they were once immigrants, and they mixed shoulders with Glaswegians. It was a few streets of energy and bustle, you never quite knew what woud be found. It’s time to go back again, to take another look. As I drive through there now, the faces and ethnic mix has changed, but that same tense energy hangs in the air.”