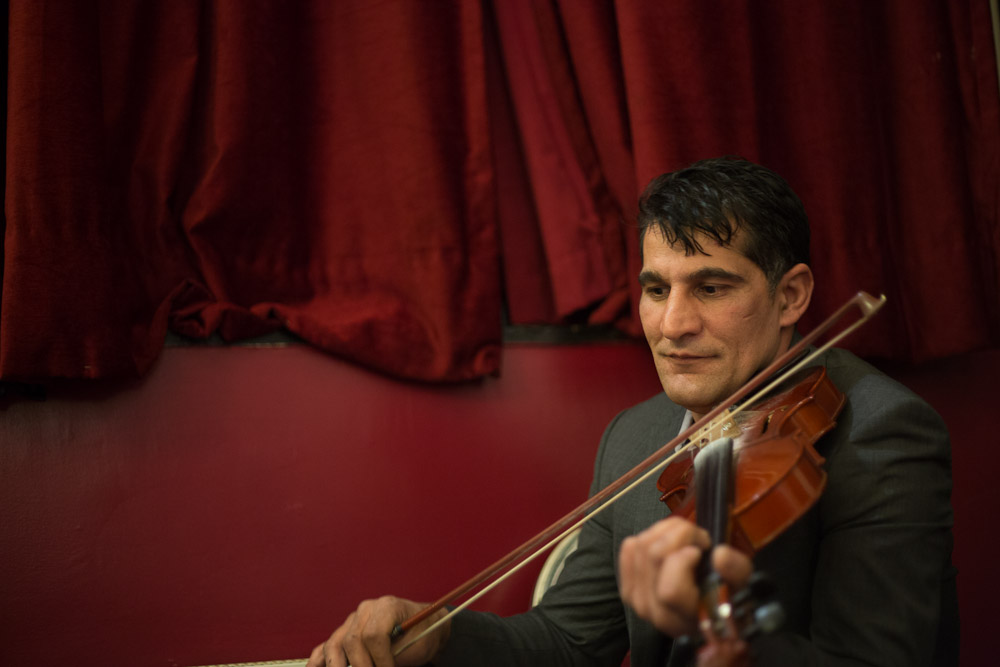 For many years from 1990 through to 1997, I photographed the Roma in Romania, primarily in one camp on the outskirts of Bucharest. I became friends with the inhabitants of the camp, spending time at their celebrations, attending weddings, photographing their festivities, their daily life and traditions, and on occasion photographing their funerals. In the years just after the fall of Communism and the dictator Ceaucescu, the Roma still lived a basic lifestyle, living in small houses, with their traditional tents beside them. They still worked in metal, hammering out pots and pans to sell in market places. Their look, styles and traditions still told of their nomadic days, but as the project continued little differences began to appear, change was on the way.

In 2004-2006 I returned to my Roma friends in Romania to say hello, to catch up and drink white wine spritzers in the sunshine whilst discussing their new hobbies of fast German cars and European football. The village was changing, gone were the horses and carts, replaced with Mercedes and BMWs, and young 18year old Radu even had a Porsche 4-wheel drive paid for in cash. The girls were losing their Roma styles, the coins in the hair had gone, and now they wished “Western supermodel” haircuts, and to wear jeans, complaining when they had to get married at 14years of age and start wearing traditional skirts and headscarves. A lot of the conversation back then was about how things were in the West, “how much is a beer? Is it easy to get work? How fast can you drive? How many girlfriends can you have?”. My Roma friends were making lots of money with their scrap metal dealing in their own village, and had no need to leave for abroad to make a living, but many of them wished to see “the West”, even for a short time.

Having myself just returned to live in Glasgow, after 10 years in Japan, I couldn’t help but notice the Roma in the neighbourhood near where I live, stories of their lifestyle in Glasgow preceded actually meeting them. In Glasgow the Roma have tended to move to the Govanhill area of the city, in the South Side, and have mainly come from Romania, Czech Republic, and Slovakia. Although all living in the same area, the Roma from the various countries do not mix, preferring to stay amongst their own countrymen, even keeping social ties with people from their own particular regions of their countries. It is estimated there are approximately a couple of thousand Roma living in the neighbourhood. I’ve now begun photographing there, to see the reality for the Roma living out their dream of being “in the West”. These images are from this new fledgling project, but already the hospitality I found amongst in Eastern Europe is to be found again here, and today, as the Roma celebrate International Roma Day, we thought it an apt time to show some of the work.

Jeremy Sutton-Hibbert’s website can be found here, and he’s also on Twitter. To mark this year’s International Roma Day Jeremy has published a small book of portraits taken of Roma in Romania 20 years ago, The Roma Portraits.