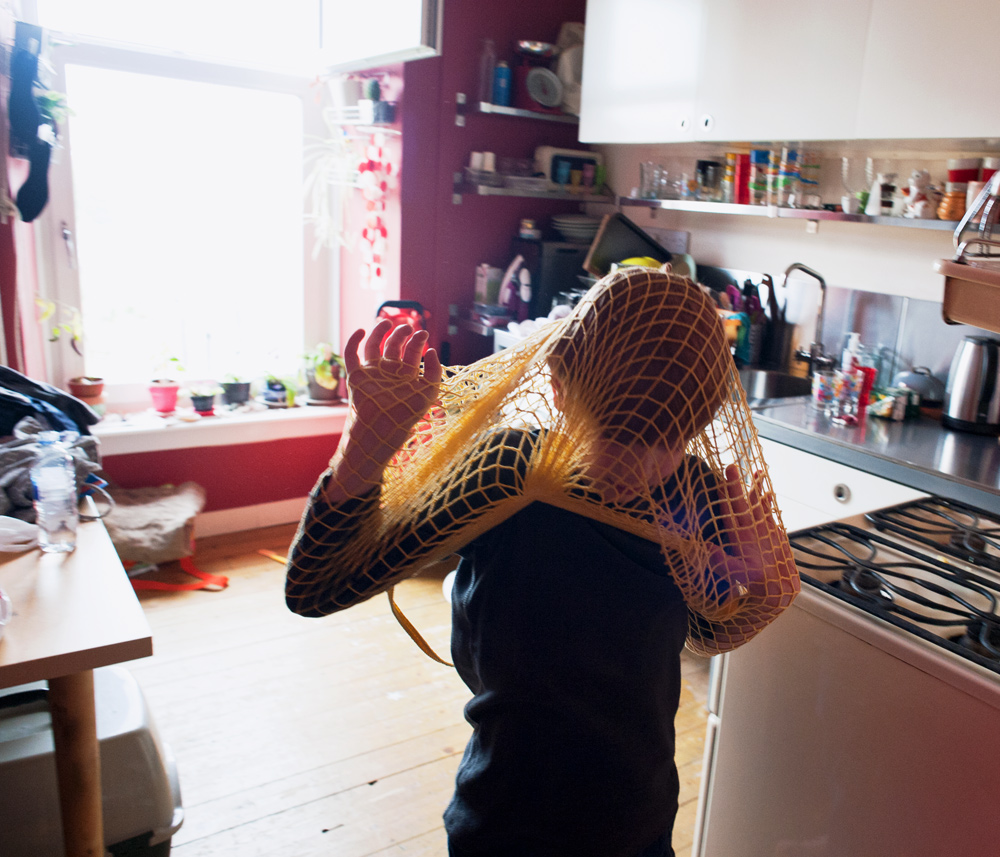 Amye and Ahren by Sarah Fishlock

At a recent Document Scotland salon, at Stills Gallery, Edinburgh, we invited Sarah Amy Fishlock, editor and publisher of ‘GooseFlesh’ photography ‘zine, to show some of her recent photography from her project ‘Amye And Ahren’ documenting the daily life of a boy living with autism. Sarah kindly lets us reproduce the work here also. Sarah is currently a finalist in the Magnum/ Ideastap Photographic Award 2014 and we wish her good luck! – Jeremy Sutton-Hibbert.

Ahren’s condition is atypical – an intelligent and articulate child, he wasn’t officially diagnosed with high-functioning autism until January 2012, at the age of eight. In the previous three years he was moved between three different schools, as staff found themselves unable to handle his disruptive behaviour. The family’s struggle to find a suitable school for Ahren is ongoing. This uncertainty means that Ahren struggles to make social and academic progress: as he matures, he is becoming increasingly aware of how his condition is holding him back. He often comes home feeling frustrated, and directs his aggression towards his mother, Amye.

One of autism’s main features is a lack of social intelligence: the usual rules that adults use to define appropriate behaviour are confusing to autistic children. Unable to fully process the meaning behind a stern face or angry words, much of the ‘bad’ behaviour of children like Ahren is an attempt to test the limits of a social code that they experience as impenetrable. The organisation of the home, and of family life, is forced to change in order to manage this.

Similarly, my initial ideas for documenting the family’s home life similarly had to evolve to accommodate Ahren’s unpredictability: he can swing from contentment to rage to hyperactivity within a few minutes. Each day is determined by Ahren’s whims – cake-making, den-building, hide-and-seeking, as well as more unstructured activities. The project evolved into a portrait of this chaotic, unconventional home life, and Ahren’s attempts to deal with the isolation of his autism.  The resulting images convey the life that Ahren lives inside his own head: a little boy who knows that he is different, but is just trying to grow up like everyone else, in a world that is often experienced as indecipherable.