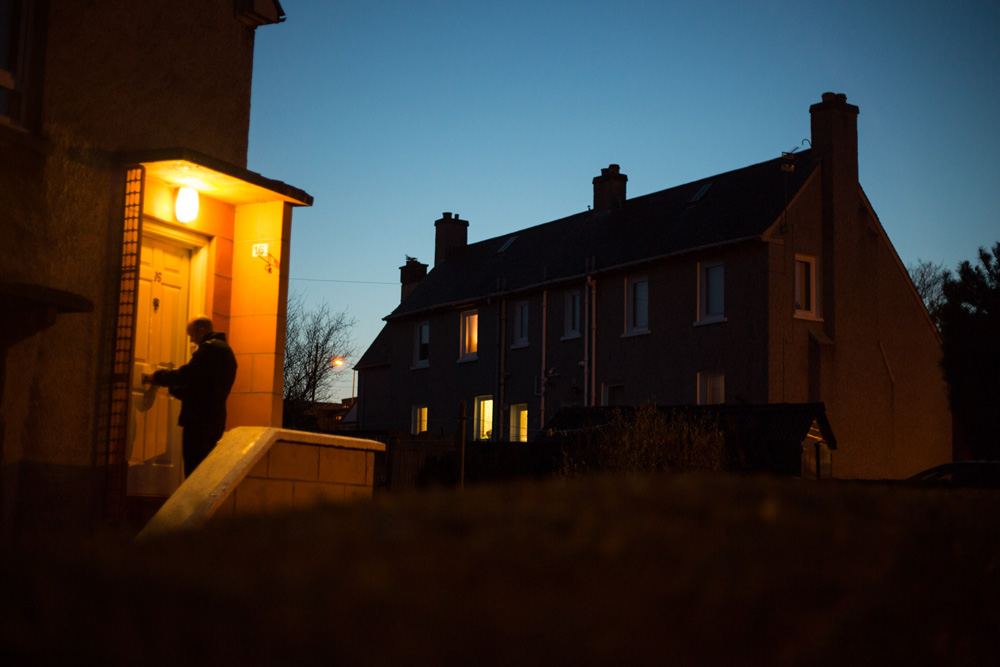 On September 18th, 2014 the electorate of Scotland went the polls to answer, with a simple or some may believe not-so-simple Yes or No, the question: ‘Should Scotland be an independent country?’ In the run-up to the vote, Document Scotland photographer Jeremy Sutton-Hibbert went on the campaign trail and found it was more a case of: yes, no, mibbee.

“I’m intrigued to meet the people who believe so passionately about their answer to that question that they are prepared to brave the best and worst of Scottish weather to take their opinion to their fellow public. Whether it be knocking on doors in a wind swept Blantyre in late evening, or standing on the litter strewn pavements of Partick on a Thursday afternoon, I want to see the campaigning, the soliciting of views, the exchanges of conversation in action. I want to meet the people who come September 19th, whatever the outcome, can wake up and say, “Well, I did my bit.”

Many thanks to the campaigners of Yes Govan, Yes Kelvin, Yes Rutherglen, and Better Together for graciously allowing me to photograph.

Click here to see Jeremy Sutton-Hibbert’s website, and more independence referendum images can be seen on his blog.

All images are available to licence from Getty Images.