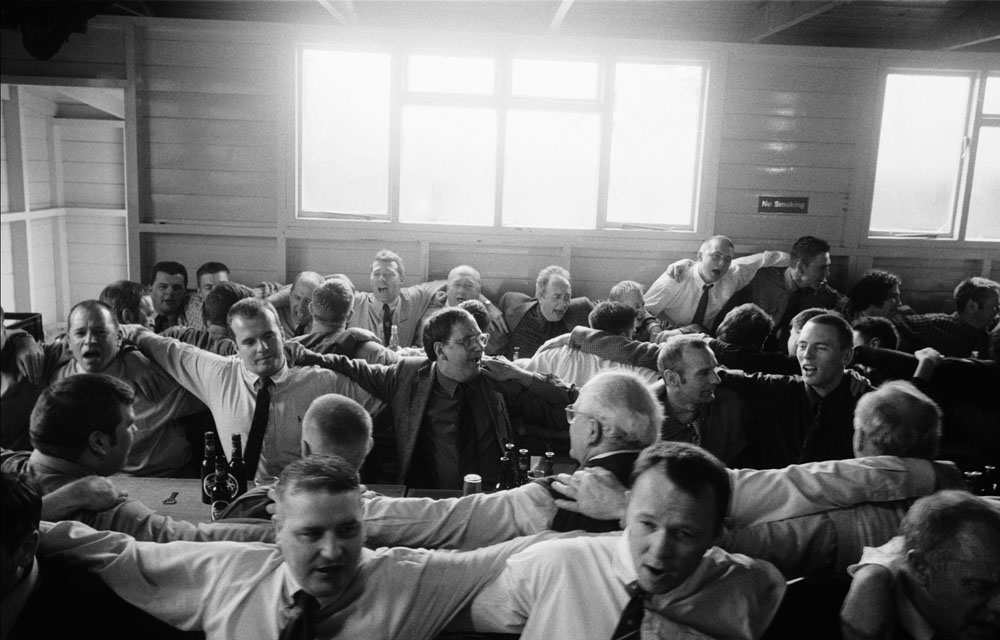 “In the summer of 2000 I became fascinated with the Common Ridings of the Scottish Borders area. In towns such as Langholm, Hawick and Selkirk, amongst others, the men (and some of it was controversially men only) take part in old customs such as catching sachets of tobacco snuff thrown from a tower at dawn. Later horsemen would ride out to reinforce and check the town boundaries, and on the way be given sustenance of milk and run, whilst back in the towns men would carry a loft huge thistles, and march around singing the town songs.”