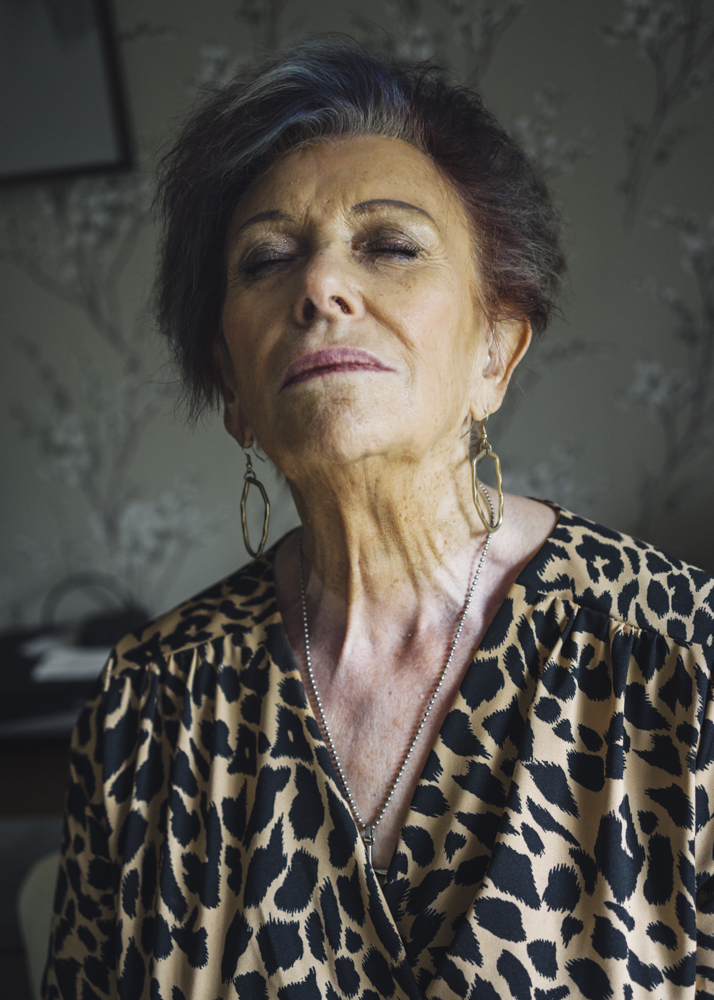 Save It For a Rainy Day by Doro Zinn

Save It For a Rainy Day, by photographer Doro Zinn, is currently showing at Glasgow’s Street Level Photoworks until the 8th September.

Document Scotland photographer Jeremy Sutton-Hibbert caught up with Doro via email, kindly she’s allowing us to share some of her photography from The Gorbals, an area of Glasgow which has been much frequented by photographers over the years, including Bert Hardy, Bill Brandt, John Claridge, Hugh Hood, Oscar Marzaroli, and more recently Jeremy Sutton-Hibbert himself, Sarah Amy Fishlock and more.

Document Scotland – How did you get into photography, what do you do, tell us a little about yourself?

I studied Political Sciences and Psychology in Vienna. To gain some working experience I spent a year in Bangkok and worked with UNHCR (the refugee agency of the UN). Around that time I started to photograph my surroundings and the people I met, trying to avoid stereotypes. A group of (conflict-)photographers, who I was friends with, encouraged me to continue taking photos. Back in Vienna, I had made my decision to become a photographer, finished my studies and applied at Ostkreuzschule für Fotografie in Berlin, where I learned to deepen my documentary practice and started to work on long term projects, exploring Identity, marginalization and belonging and the question of how to depict these.

How did you come to be in Glasgow shooting in the Gorbals, as you come from Berlin?

I was invited by Street Level Photoworks due to a residency exchange called Photographic Parallels between Glasgow and Berlin. Robert Henderson, a Glaswegian photographer went to Berlin for a month and I came to Glasgow for roughly the same amount of time.

I only had a vague concept of Glasgow before I arrived, but I had read a lot about the different districts to prepare for my stay. In my research on photography in the more destitute areas of Glasgow I discovered Kirsty MacKay and Margaret Mitchell, who’s work I found deeply interesting, engaging and eyeopening. Steven Berkoff’s photos from the 60s, shot in the Gorbals, were on show at SLP and I was shocked how desolate the area looked back then—I decided to walk around Glasgow and ended up in the Gorbals. The area’s mixed housing, the streets and shops and the people I saw sparked my interest instantly. I wanted to know more about the people living there and how they conceived the the changes that had occurred in their surroundings.
“Save it for a Rainy Day“ is a personal encounter with the people living in the Gorbals, a chance to tell their stories, depicting the new and old and ever-changing Gorbals.

This was the first time in my photographic career that I planned on meeting people on the street. It took quite a few days until i summoned up the courage to just ask people if they wanted to be part of my project. In the end I walked into the Catholic church and started chatting with the very nice lady at the counter, Maureen, who then ended up to be the first person I photographed in the Gorbals. This gave me the confidence to approach other people and she also introduced me to Bridigin’ the Gap, a community organisation working in the Gorbals. They gave me some contacts and invited me to their community meals, where I met more people and from then on it was quite easy.

I mostly meet them upfront to get to know them a little bit and to see if they have a genuine interest in having their portrait taken.
I also spent as much time as they allow me to spend with them.

I spent basically everyday for 3 weeks in July/August in the Gorbals—walking around, exploring the area and connecting to people.
After realizing back home that some some elements of the series were still missing, I came back in October—this time with a different approach.
During my first stay I was looking around, trying to connect and had a very open approach to what would be happening. The second time I made appointments beforehand and knew exactly where to go.

I shot digital for this project to be able to process the photos straight away and to get an oversight over what I was photographing since 4 weeks isn’t a long time to realise a project. Digital also gives me the opportunity to shoot at night or in darker environments without needing to use flash.

It was great to work in Glasgow, particularly in the Gorbals. People were very openminded and welcoming. I drank tons of breakfast tea with milk and ate a lot of scones. Every day I discovered new facets of the district.
On the other hand I was staggered to see, how matters of religion and politics were dividing people. In Germany it is no issue at all if someone is Protestant or Catholic. Before I came to Scotland I didn’t know that this conflict existed outside Ireland. Some of the couples I photographed were inter-religious and experienced a lot of opposition by family and society when they married. Most of the people I photographed also went to segregated schools and some were really fond of their religion, taking part in the Orange March for example.
Also the state of the social system came as quite a shock—how little people were supported by the state and how the social played a more obstructing than supporting role. On the other hand it was great to see that organisations like Bridging the Gap and the Men Shed are keeping the community together and make a great difference.

Most of the people I photographed have seen the exhibition and their feedback was throughout positive. Four of the women were even at the opening, which was great!

The project is finished for now, but I would like to return and continue at some point, because I think there are a lot of characters from the Gorbals I haven’t met and a lot of things I didn’t get the chance to know yet. There’s also some issues I would have liked to focus on more, but lacked the time.

– The work is on show at SLP until September 8th, but are there plans to publish it, or exhibition it elsewhere? If it is published already is there a link to where people can buy the publication online?

Me and Jan Motyka have made a publication, a picture newspaper that is more extensive than the exhibition and grants a deeper view – it is available at SLP or online at http://www.streetlevelphotoworks.org/product/doro-book

The plan is that the exhibition will travel to Berlin, but the dates and venue are not set yet.

– What are you working on now?

I am currently on maternity leave in Italy, but thinking up projects to work on, once I am back in Berlin in October. In the meantime I am taking portraits of the people I meet along the way.

– Many thanks Doro for sharing your work and thoughts with us. It’s much appreciated.