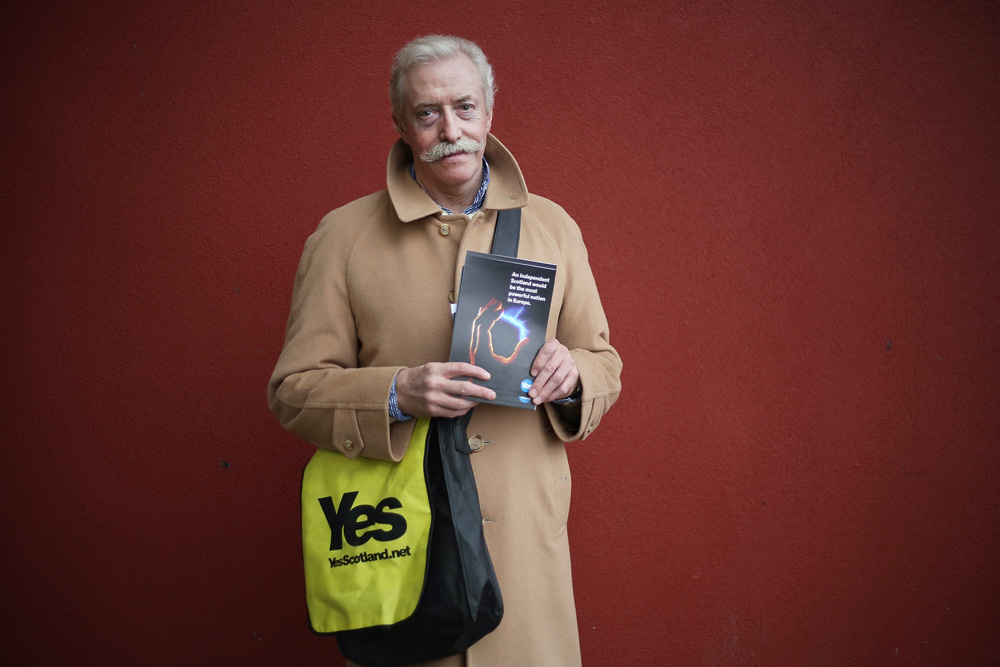 Yes and No by Jeremy Sutton-Hibbert

Yes and No: the year 2014 saw Scotland vote in a referendum to decide whether the country should become an independent nation. Document Scotland’s Jeremy Sutton-Hibbert spent much of the time leading up to the poll meeting and photographing people on both sides of the political divide.

“Following on from the series of photographs I posted last week, showing people out campaigning either for or against Scottish independence for the referendum which will be held on September 18th this year, I show below some more images from the same series.

I’m intrigued to see portraits of the people for whom their belief and interest in politics and their wish for their country’s destiny is so strong that they volunteer to share newsletters through doors, or go out knocking on doors canvassing for support.

Yes and No is a portfolio of images of those people whom I’ve met so far.”