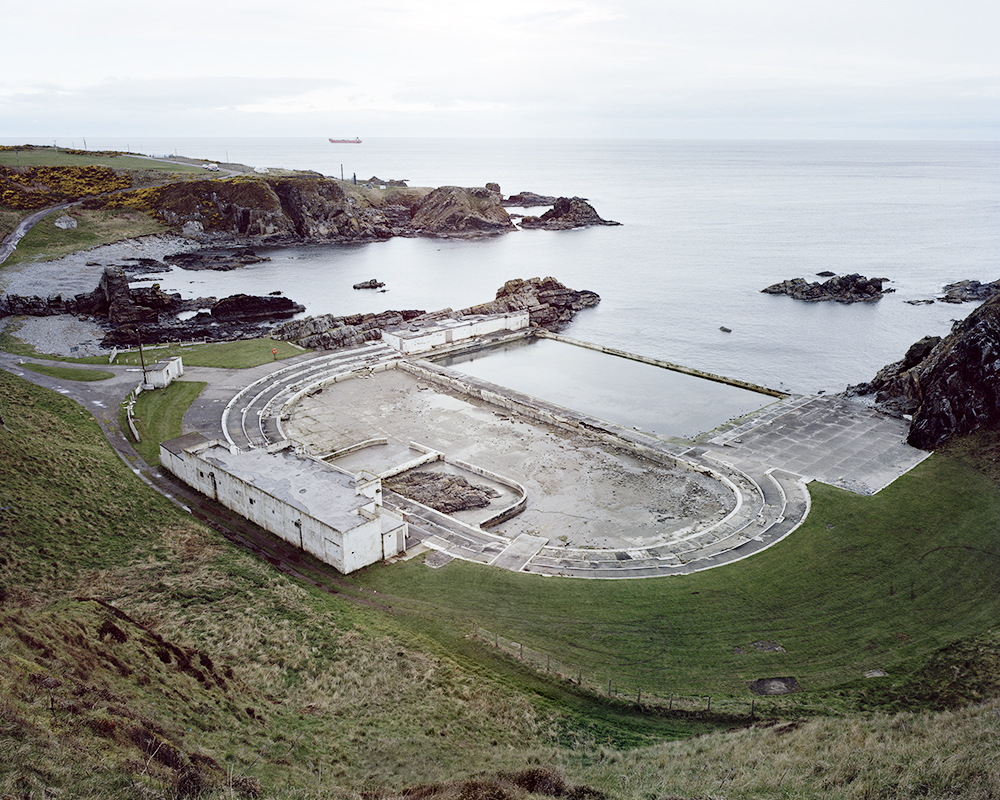 Time And Tide Wait For No Man.

Luke Brown sent us this series of images ‘Time And Tide Wait For No Man’, a look at the outdoor swimming pool areas of the Edwardian and Victorian eras. It isn’t a subject matter we’d seen covered before, and knowing nothing of Scottish outdoor pools we find it of interest and Luke has graciously shared it below with his introduction. – Jeremy Sutton-Hibbert.

Time And Tide Wait For No Man, by Luke Brown.

The tidal pools represent some of the last standing man made structures that do not come under scrutiny from current health and safety rules.

This is due to the period in which they were built, if built today they would be designed under the constraints imposed by present day regulations. These very rules now affect the existence of the remaining pools. They are under threat from lack of maintenance, being exposed to the harshest of elements scattered along Britain’s margins.

Britain’s sense of hierarchy over the landscape is evident up until the very edges of our coastline where the tidal swimming pools can be found, built originally for the enjoyment of newfound leisure time, and as a safe haven for swimming away from the dangers of the sea.

The structures embody the Edwardian and Victorian periods, acting as a reflection of Great Britain’s strength and power, during the reign of The British Empire. At the islands peak in 1922, Great Britain controlled almost a quarter of the Earth’s total landmass. These manmade constructions are a product and symbol of The British Empire, demonstrating England’s attitude towards controlling the land.

At present the spaces represent something very different. The tidal swimming pools now “hold an absence of order from the social laws of today that keep us in check.” (Ribas recalling Baltz) A space where freedom of expression can be celebrated, where people can make choices to act on instinct and common sense, rather than the behavioural constraints dictated upon society.

The pools are photographed on a 4×5 plate camera, a Victorian invention, during the tidal swimming pools downtime, the winter period, to show the landscape in its rawest state. A time when the tidal pools themselves struggle to survive under the harsh coastal weather conditions, battling against the typical British Winters to stay in existence.

But even these spaces have restrictions, the most prevalent limit being nature. The tide dictates the space and its use, however the ocean answers to the gravitational pull of the Moon. While the tide is in, the majority of the pools are hidden in an unforgiving dark mass, becoming un-swimmable. This natural occurrence still holds a very dominant sense of control over humans and the landscape, dictating the conditions of use, enjoyment and documentation.

“Time and tide wait for no man.” (Geoffrey Chaucer)