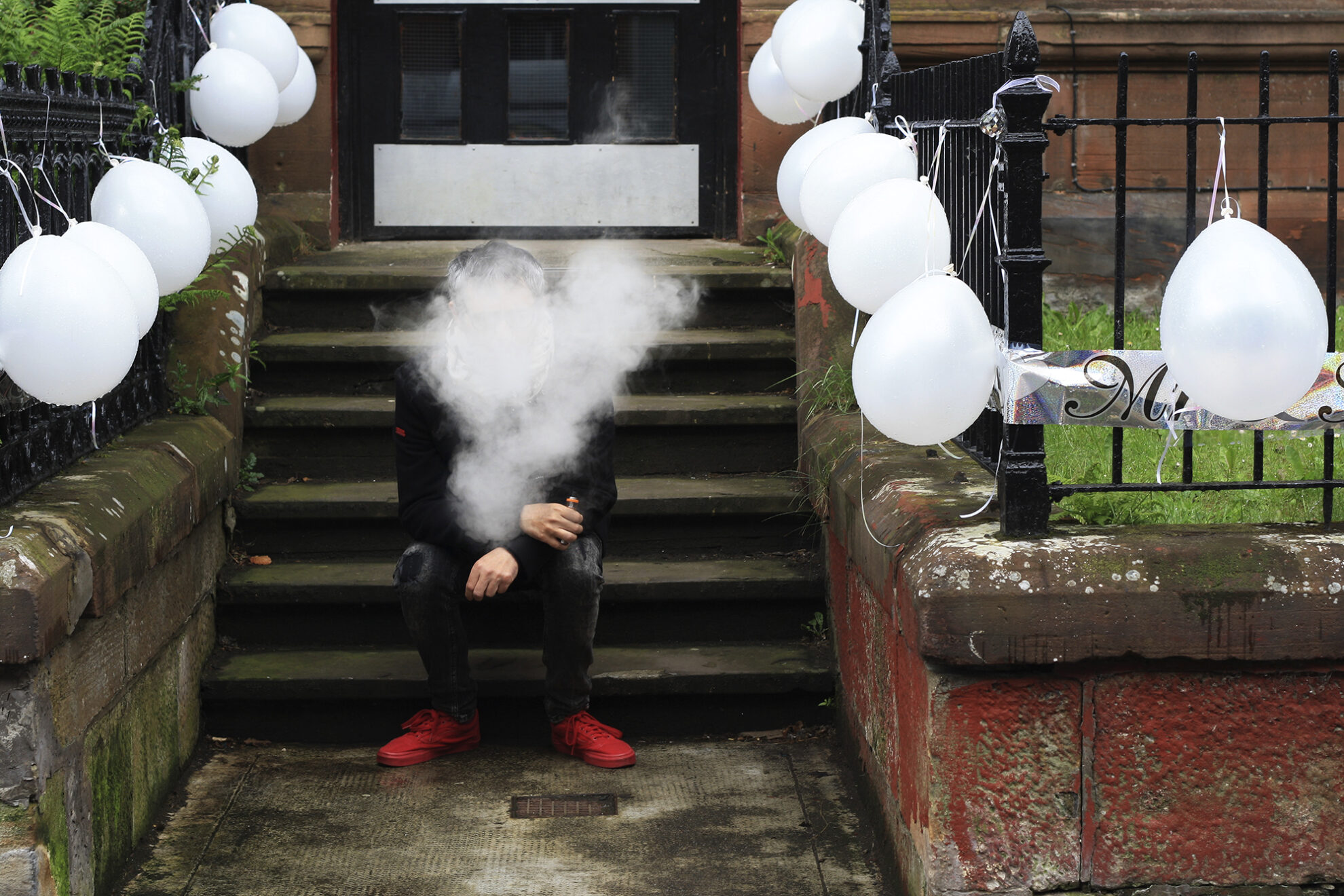 Document Scotland recently found the colour street photography of Glasgow, by Monserrat Orallo Alvarez, on Instagram, and were pleasantly amused by the fresh view of the city, and the humour it provided. We caught up with Monse, over emails and we’re pleased to be able to share her following work. – Jeremy Sutton-Hibbert.

“I came from Badajoz, a small city in the south west of Spain.

In my early 30s I moved to Valencia, a bigger city with more to offer. It was there where I become interested in Scotland, through the stories of a friend.

I started to learn more about the Scottish history, culture and landscape an the more I learned the more I wanted to come, so in 2006 I arrived in Edinburgh.

In order to improve my English skills I enrolled in College to study the language. During breaks I often went to the photography department to look at photographs.

I have always had a strong interest in what people do when walking down the street because I think these are the moments when there are no distractions from being yourself and you are simply living in the moment. I has always been an observer of these behaviours and loved sitting on a bench, watching the world go by, observing people’s reactions and expressions and trying to guess what was on their minds.

In 2011, I enrolled in a photography course. On the first day of class the teacher gave us a camera and a film of 36 frames and told us to go into the street to take photographs for the next couple of hours. When I returned, most of my photos were of people that I had encountered that day and I discovered that photography could be a medium to reflect these brief moments of observation.

I continued my studies until graduating and I was awarded with The Merit in the Student Open Category of the Scottish Region of the British Institute of Professional Photography in 2013.

I was still a student when I came across Raymond Depardon’s photographs of Glasgow from the early 80s. I was delighted and surprised by those images. Despite the poverty and depravation, the people photographed looked dignified and happy to be photographed. I was also impressed by the change that the city had taken in the last four decades.

This discovery interested me a lot, I started visiting the city more often and learning more about it. I learned that Glasgow was an old city, a medieval city, and was one of the most important cities of the British Empire in the 19th century. In my search for more information I did not find much published on street photography, which seemed strange to me at the time, I felt that the city of Glasgow was unknown compared to others cities.

In 2014, I moved to here, I felt in love with it straight away. In the heart of the city at the rush hours there are not many tourists, most of the people are locals or people who live in the surrounding towns coming to the city to do their shopping or enjoy the great variety of leisure the city offers.

For me, this is the time of photographing in Glasgow, the energy and fluidity of bustling scenery constantly in movement, in an accelerating rhythm, which triggers my adrenaline, awaking all my senses. Where I don’t feel intrusive because if I don’t shoot fast in the next second they may be posing for me, where I laugh with a stranger that I just photographed and where every corner there is something photographic.

I only feel this in this city, compared with other cities where I had photographed, making Glasgow unique.” – Monserrat Orallo Alvarez.

All text and images are copyright © Monserrat Orallo Alvarez, 2021.