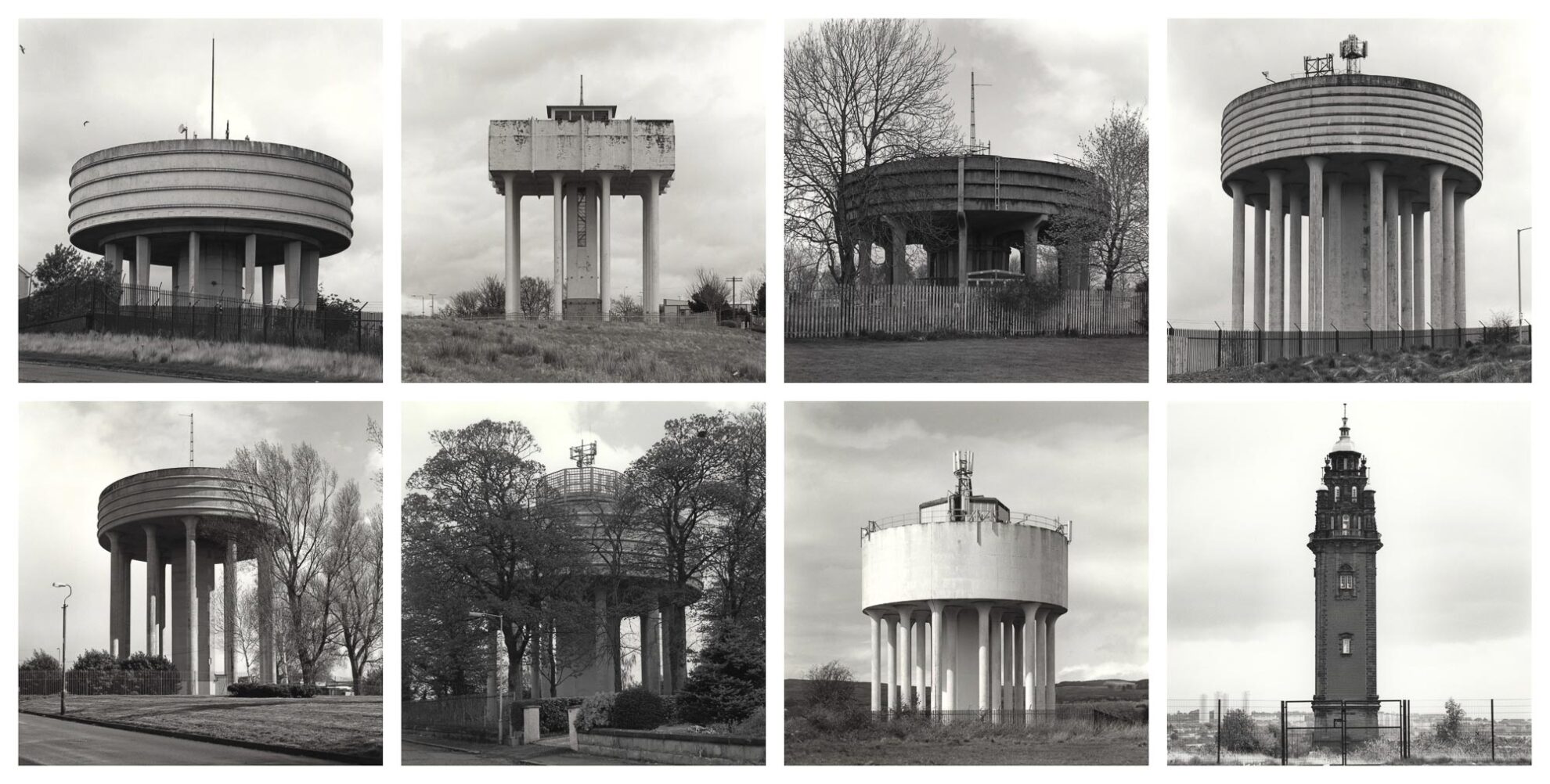 The photographers Bernd and Hilla Becher recorded many industrial structures across the landscape of Northern Europe. They would organise these images into grids of typologies. One of the structure types they chose to record was water towers. While the Bechers did visit Scotland I do not believe they photographed the many water towers in Glasgow, at least I do not know of any published photographs.

These structures have an other-worldly feel to them. Alien spaceships is the obvious comparison. They have an attractiveness that many will not see, common with many of the brutalist structures built at the same time. They consist of bold shapes and strong lines which make them a pleasure to photograph.

I wanted to make my own small homage to the work of the Bechers by creating my own grid of water towers from Glasgow.

Finding all the water towers in Glasgow was a harder task than I expected. A number of them are very visible. By design they are placed at the highest points, above the area they are meant to serve. But still not all of them are obvious and easy to find. After scrapping old Internet forums I constructed a list of all the possible sites where there was a tower. These would commonly lead to dead ends, either mis-information or because the water tower had been demolished. Then when a tower was found, finding a clear view of the large structure, frequently surrounded by housing was the next challenge. Certain sites required multiple visits to get the desired image.

In the end this work is not an authoritative list of water towers in Glasgow, neither was it meant to be. I missed the one in plain sight as you walk through town, connected to the Lighthouse building.  – Adam Fowler.