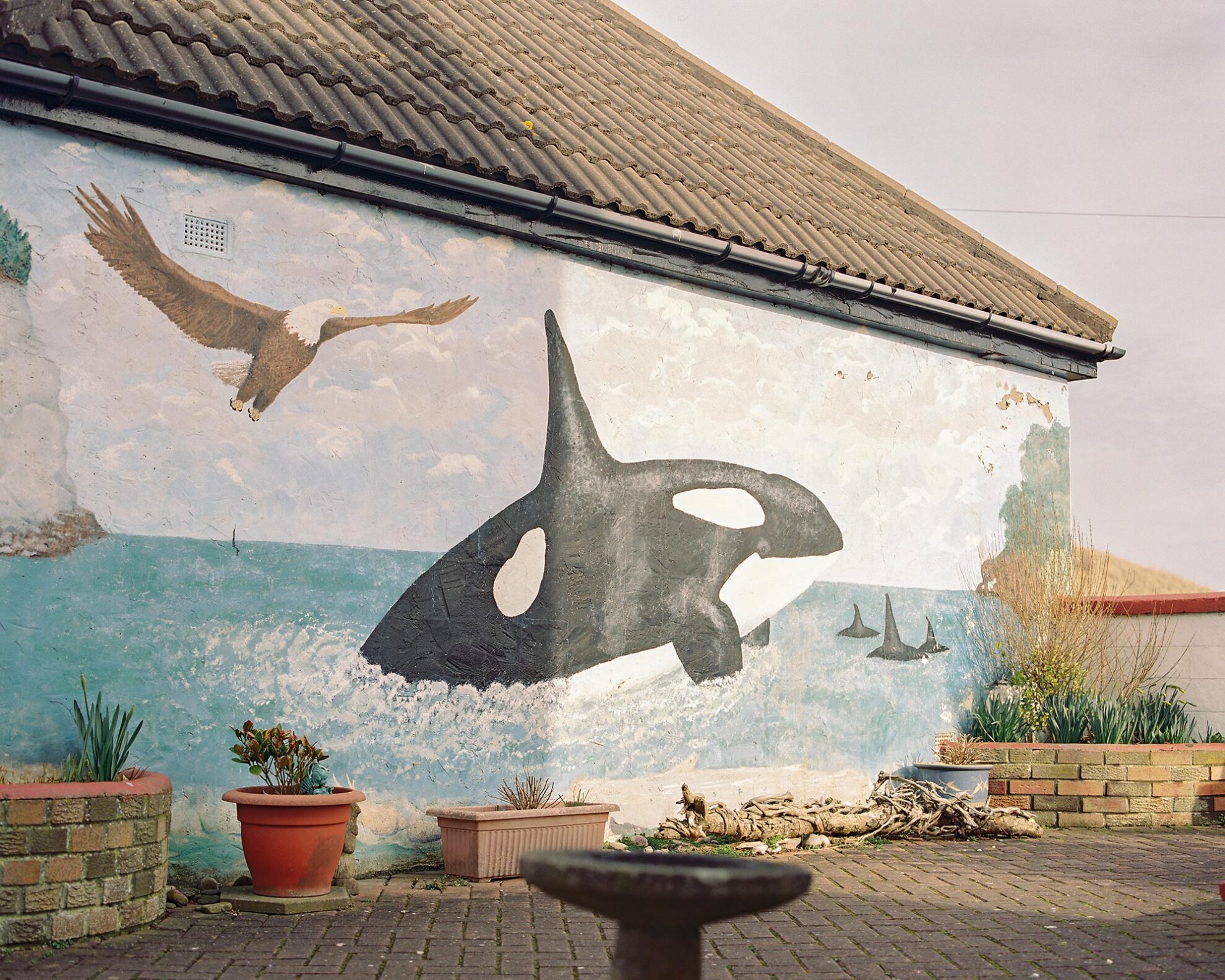 Robert Birtles is a landscape and documentary photographer living in Dundee, Scotland. This current body of work by him examines the relationship between the landscapes, culture and traditions of the highland and coastal communities of Scotland.

Robert is currently making photographs documenting the east-coast fishing port of Arbroath. The project explores the town’s romantic bond with the North Sea and the riches its shores provide. For centuries, these waves have carved the identity of this historic community, even reaching global recognition for its famed smoked fish, the “Arbroath Smokie”. The project aims to capture an intimate reflection of the town and the people who call Arbroath home. A selection of images from this series was featured at the “Contour 001” exhibition in Edinburgh earlier this year (Feb 2020). 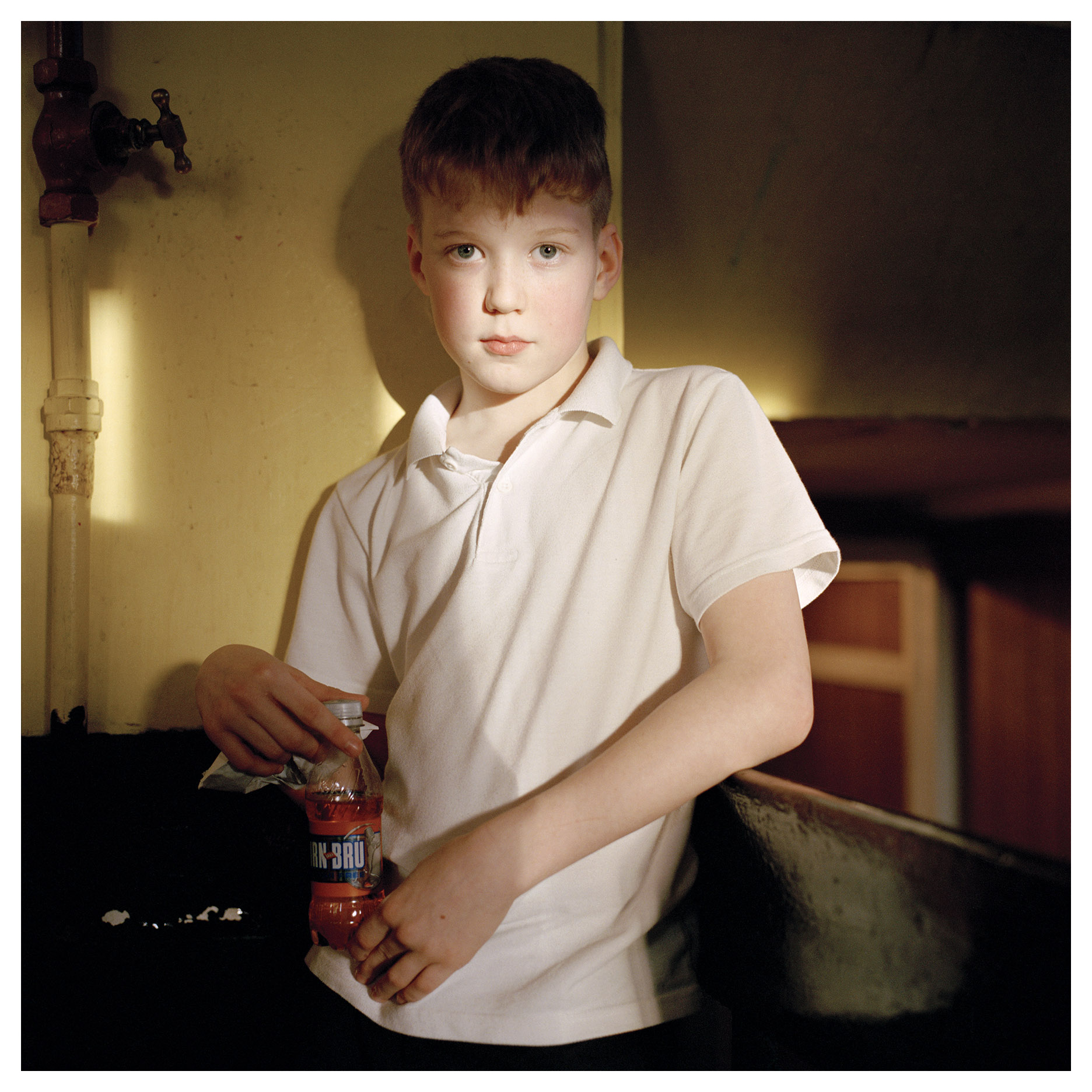 In 2015, while studying photography at Edinburgh College of Art, Mairead Keating spent time at an Edinburgh youth club making portraits of the children she met there.

“This body of work is based on notions surrounding childhood and growing up.

The children welcomed me into their lives and presented themselves to me in that way in which they wish to be seen by the world. The children reveal a sense of fragility, but strength and knowledge. Every child is an individual; independent with thoughts of their own. With children, there is huge potential. When making each picture, I found myself wondering what each child will be like in ten years time. What will they grow up to be? What will they look like, where will they be?”

Tiara, Edinburgh, 2015, from the Series Be, still © Mairead Keating all rights reserved. 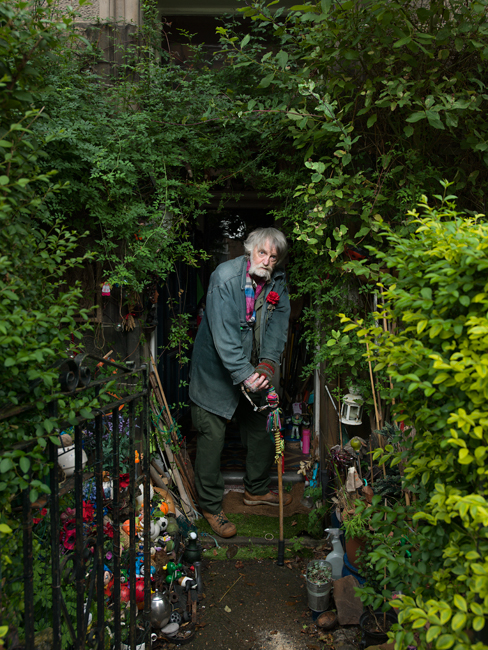 Document Scotland were handed a newspaper a while ago of a project by photographer Peter Didbin, called The Southsiders. It’s always really interesting to come across a project which is shot in a place very familiar to you. Document Scotland’s Sophie was born and raised in the Southside of Edinburgh, she went along to meet Peter at his studio in Summerhall to chat with him about the project.

DS – How did the project come about?

PD – It was a commission. I’d been working with The Causey Development Trust, and they approached me to collaborate on this project. They really wanted to
create a portrait exhibition which looked at the regeneration of The Causey.

I saw it as a personal project, something I really wanted to engage with and work on, I’d been working on pictures of local traders – a series of portraits of Marchmont Traders, so it felt like a natural progression.

We worked together, we got a project manager, Shona Thompson and had a huge help from Lucy Brown who did the main fundraising. We decided not to start the shooting until the funding was in place and then I started making the photographs from May – August 2013.  I was really lucky also to work with Joe (George Joseph Miller IV) who not only made the documentary about the project but also did all the audio and also Janine Sack who did all the design work.

DS – How did you decide who to include in the project

PD – For me as a photographer, it was important that I had total control over the choice of who I included in the project. I didn’t want any direction with that which the CDT were very good about it. The nature of who ended up in the pictures was partly serendipitous and partly planned. Some people recommended and suggested other people, then so on and so on, but some I came to entirely independently.

What I didn’t want it to be was a reflection of my personal group of friends – you know – not just people I knew or was linked to. It had to be about my perception of the Southside, a representation of how I saw the area as a whole.

I chose the elements I wanted to include, for instance I wanted to represent a range of ages, religions and political views. I created this big diagram and worked on it throughout the brainstorming process. This was important for me to be able to establish a kind of visual understanding of what it would become. It gave me a link between everyone, and a kind of narrative. The research part of the project was extensive.

Location was important to me too. I would say to my subjects that it was up to them where they were photographed. The only thing I wanted in terms of consistency was their gaze, I asked that they all hold the gaze of the lens, so in that respect I did control some elements but not all.

DS – Is that idea of collaborating, and working together with your subject important to you when you make portraits?

PD – Yes, During the process of the project, there was a constant dialogue between all of us, and alongside my collaborator Jo, about the concept of a portrait. The nature of what portraiture was.

Something which was interesting was that at talk about Valentina Bonizzi’s Exhibition at the Portrait Gallery, well known Scottish photographer Robin Gillanders was in conversation with Valentina. He made a comment along the lines of “the photographer is in absolute control” and for me – that’s something I had to disagree with. I think that the sitter is not that passive.

For me certainly, making a portrait is not only about the control the photographer has over the situation, it’s as much to do with the subject. I see it as a collaboration.  Ultimately I think making portraits is about both of you. The photographer and the subject. So I think yes, there is an element of me in these pictures.

DS – The way you chose to exhibit this work was unusual, and site specific – can you tell us a little about that?

PD – It was really good to get away from the white cube of the Gallery as the exhibition had to happen at a point where West Cross Causeway meets Buccleuch Street.  That is not to dismiss the white wall, which isolates an image putting it into its own context, but by putting large 5 by 4 foot images on walls in the street the buildings start to frame the images.  It was integral that I used the space fully so that the Southside became physically part of the exhibition.

DS – You also produced a fine looking newspaper – we’ve managed to produce a couple of newspapers here at Document Scotland and we really like the format, can you tell us a bit about why you chose to publish the newspaper and the pros and cons of doing so?

PD – I was incredibly lucky to work with Janine Sack who is not only an artist in her own right but has worked as a newspaper creative director in Berlin.  As I could only afford to put 9 images up in the street I wanted to expand the exhibition so that it could have all the images in and also the transcription of the audio.  I needed it to be free so that I could deliver it to all the flats in the immediate area and people could pick them up and take them home.  For me it is an extension to the exhibition showing in people’s homes.  I love the utilitarian aspect of a newspaper but it is also really restrictive in the production side of it, especially as a photographer who strives to make the images as perfect as possible.  It was a real eye opener how much you have to squish the images to make them OK for the colour gamut of newsprint.

DS – Tell us more about what you mean when you talk about the ‘concept’ of portraiture.

PD – I like to show some kind of vulnerability in my portraits. Not in the sense of trying to show them in a way which isn;t representative, but I mean more in the sense that I’m looking for some empathy. I loved the process of photographing the subjects and also interviewing them. That added to the process. It was really interesting. It allowed me to ask each one of them “what does portraiture mean to you”. I asked all my sitters that questions, one of the most interesting responses was from Nieve – , when I asked her “what is a portrait about?” she simply replied “me”.

I really enjoy looking at portraits too. I look for that empathy. It’s a study and recognition of what it means to be a human being.

DS – You’re a commercial photographer, how did this process differ in process?

PD – As a commercial photographer, when I am taking portraits, I’m used to working fast with a 35mm Camera. Straight away for this project I wanted to make about 40 portraits. I knew that was the number I wanted to do. The pace of everything was really the biggest change for me, not only did the research process slow me right down but I was I was using medium format, and that in itself dictated the pace. I had forgotten that pace, and really liked it.

The deliberation and thought process gave me time and space and the choice to choose moments rather than just taking the photographs. That’s what I mean when I say it was partly planned and directed and partly not.

PD – I’m working on a project with Jeep Solid – he’s an interesting character. I’m working on that with a friend who’s a filmmaker and an artist. I’m much more into collaboration now than before, I see it as a natural way forward.  I am really looking forward to expanding this project as well.

Many thanks Peter – it was lovely to meet you – we look forward to seeing you at future Document Scotland events in and around Edinburgh.

To hear the extensive audio which accompanies each portrait and to see the rest of Peter’s project please visit www.edinburghsouthsiders.co.uk