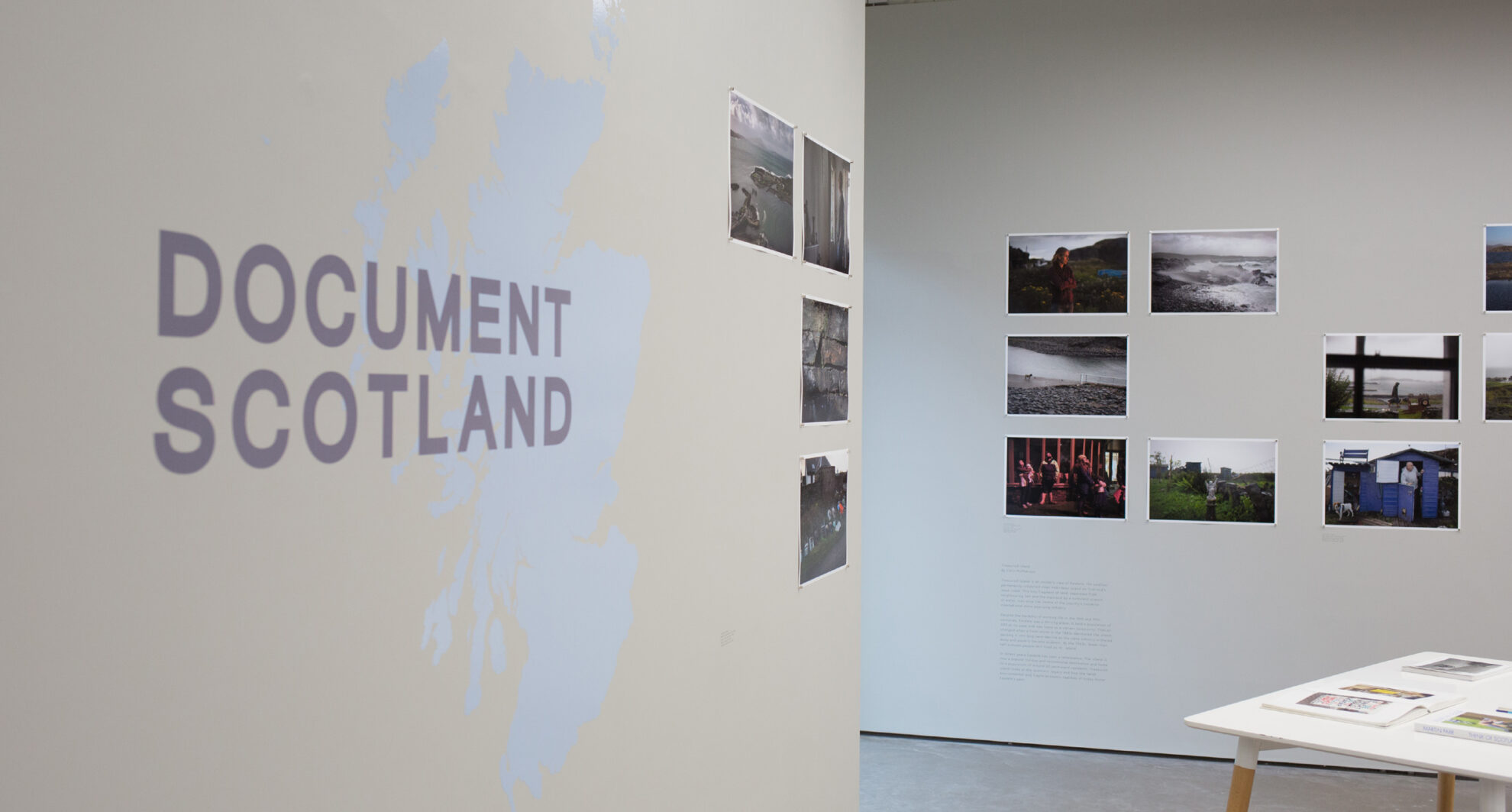 Formed in 2012, Document Scotland is a collective of three Scottish documentary photographers, Jeremy Sutton-Hibbert, Colin McPherson and Sophie Gerrard, brought together by a common vision to witness and photograph the important and diverse stories within Scotland at one of the most important times in our nation’s history.

It all started with a late night conversation between Jeremy Sutton-Hibbert, Colin McPherson and Stephen McLaren in a bar in Beijing. Once the idea took hold and they were back home, they recruited Sophie Gerrard to form the new collective. It’s been quite a voyage over the last eight years. We’d like to share some of the highlights with you, to remind ourselves also of where we’ve been and what we’ve done…

In 2012, we published DOC001, a sell-out newspaper in an edition of 1000 which introduced Document Scotland and our work and set out our ideas, plans and intentions.

The following year proved to be very busy. We staged our first exhibition, Seeing Ourselves, a collaborative show featuring the work of ten Scottish photographers held at FotoSpace in Fife. Off the back of that, we started putting together our own projects as well as more publications.

2014 was a pivotal year, not just for us, but also for Scotland. We had our first exhibition on foreign soil as we headed to Bradford and showed Beyond the Border at Impressions Gallery. There was a follow-up joint exhibition with A Fine Beginning, our colleagues from Wales, which was staged at Street Level Photoworks in Glasgow, and accompanied by Common Ground, an extended catalogue from both shows.

Moving on to 2015, and Document Scotland’s photographers were once again on the road, making work for our landmark exhibition at the Scottish National Portrait Gallery in Edinburgh. The Ties That Bind opened in September and ran for seven months, ending in April 2016.

We followed up through 2016-17 with a number of public events, including our ongoing popular salon evenings at which we share and showcase our own work and that of other photographers making work about Scotland.

2018 was another year of making work in preparation for exhibitions the following year. We still found time to have our photography shown at the Festival Interceltique in Lorient, France – the world’s largest Celtic cultural event.

2019 saw Document Scotland launch and tour A Contested Land, four new projects which were premiered at the Martin Parr Foundation in Bristol and subsequently toured venues in England and Scotland.

So here we are in 2021. Even in the middle of a global pandemic, during which time people are locked down and trying to cope with so many challenging situations, we are looking to the future. We want to continue to make, exhibit, publish and share our work and that of other photographers here in Scotland.

To do so, we are seeking your support. We’d love to continue our journey, and have you along for the ride. We are committed to documentary photography in Scotland and if you are too, you can help us by becoming one of our patrons. Thank you!

Become a patron Donate on PayPal

We invite you to support this site, and our work, and to join us via our Patreon page, where from as little as £1 per month you gain access to additional content – to behind-the-scenes storytelling; to first glimpses of new work; invites to talks; to hear interviews and watch videos.

There are a plethora of benefits to supporting Document Scotland via Patreon, and importantly you help us tell and share the stories of our nation.