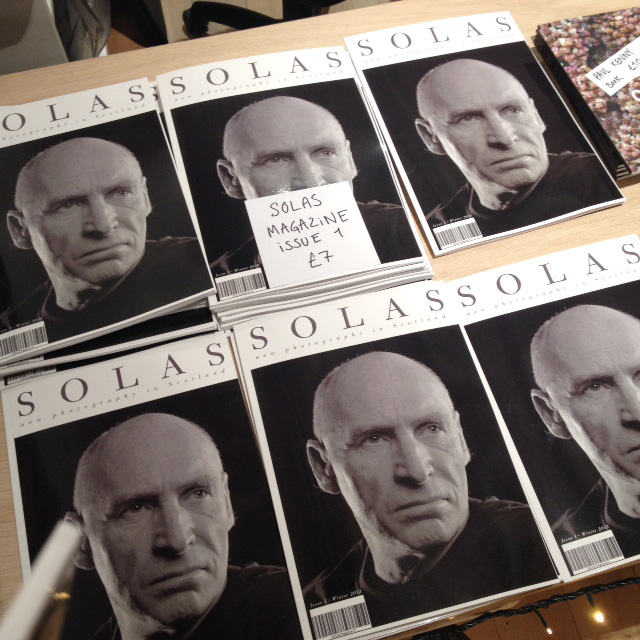 Edited by Alex Boyd, Solas magazine, named after the Gaelic word for light and illumination, will feature contemporary photography from Scotland. The first issue is out now and costs £7.00. Available at Street Level Gallery, and soon from the Scottish Photographers website.

The magazine was launched in front of a full house at Street Level, with introductory talks by Alex Boyd and Street Level director Malcolm Dickson, before proceeding into shows of work by magazine contributing photographers. Paul Kenny showed his landscape work, Niall McDiarmid and his hugely popular Crossing Paths project, and Simon Crofts explained the inspiration behind his Ukrainian work entitled In The Land of Endless Expectations. The evening was rounded off with poetry by Gerry Cambridge.

The Document Scotland Seeing Ourselves photography show, which ran over the summer in Fotospace Gallery in Glenrothes, gets reviewed in the new magazine.