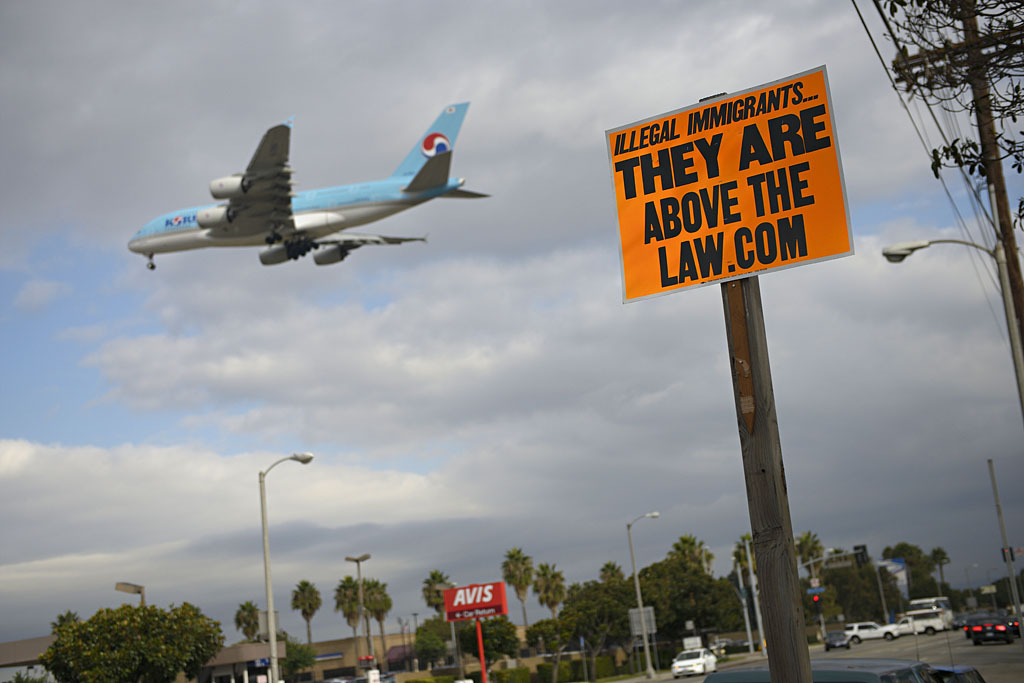 Signing-off on the Presidential Election

Tomorrow brings with it the biggest election on the planet: for President of the United States. More people may vote in India; but in America, where six billion dollars has been spent on this titanic tussle between candidates who are poles apart in their analysis and prescription of where their country is heading, this is where the notion of democracy equalling a once-every-four year ballot is most vigorously applied.

I have been fortunate to have been in California to witness this election playing-out. I have watched the presidential debates in bars, viewed an excess of negative tv ads at home, and observed partisan banners flower on suburban lawns all around Los Angeles. With the election only twenty-four hours away I feel nervous and excited. Presidential elections often leave me cold as the candidates seem to offer little in the way of political difference, but Obama versus Romney feels to me like a once-in-a generation battle between two competing visions of American society. On the one hand Obama extolls the virtues of benevolent and creative government, on the other, Romney urges Americans to let free enterprise sweep away the state in an orgy of creative destruction. Beyond those political differences, there is also the sense that these guys genuinely dislike each other.

As a photojournalist I feel duty-bound to mark this massive grudge-match in some way. I considered visiting a campaign rally and shooting the die-hard believers but California is a staunchly Democrat-leaning state and so neither Presidential candidate thought it worth campaigning here much. I thought about visiting nearby cities like Stockton and San Bernardino which have filed for bankruptcy as the recession crippled their tax-base, but these stories felt more like complex economic issues rather than ones that impact on the national ballot. So instead I have gone for the oblique, the over-looked, and the marginal, with this series of pictures of home-made adverts which flourish in many unloved Los Angeles neighbourhoods.

While the candidates spend billions aiming their message at their heralded “middle-class”, enterprising and opportunistic Angelenos are targeting customers via low-tech signage stapled to telephone poles, traffic lights and embedded in shrubbery or dirt. Their pitches talk to the issues affecting the urban poor and the desperate. Bankruptcy, jail, debt, immigration and getting-rich-quick.

The candidates may not have spent much time dealing with these last-throw-of-the-dice concerns, but if the proliferation of these signs is any indication of what faces the next president, then America is in for a long hard road ahead.