This Saturday, 30th May 2020, is the twentieth anniversary of the day I took a photograph that has come to symbolise my work and the project Catching the Tide, which documented Scotland’s last salmon net fishermen. To mark the occasion, Document Scotland is hosting a special online event, where my colleague Jeremy Sutton-Hibbert and I will be in conversation about the image, and what it has come to mean to me.

Entitled Hailstones, Kinnaber, 2000, the photograph was the high point of a dramatic day spent with two fishermen as they worked on the large, sandy expanse of beach at Kinnaber, just north of the town of Montrose on Scotland’s east coast. The image came to represent many things about the work that the men undertook: the physical nature of it, the constantly changing weather and the adherence to using traditional methods to fish for wild Atlantic salmon.

As the new century began, five years into my project, few could have imagined that two decades later a Scottish Government moratorium on net fishing on Scotland’s coast and in rivers would have effectively killed off the industry for good. At the time I took the photograph, there was an ever-dwindling number of men fishing this way around Scotland’s vast and varied coastline. The stocks of fish had withered, and pressure from scientists and anglers to stop the practice had led to the closure of the big salmon companies, leaving just a few individual fishermen and their families with the right to maintain working in a way which had sustained rural communities for centuries.

The photograph itself has become the leading image for a project which lasted two decades. Since I started photographing Catching the Tide in 1995, the work has been published and exhibited extensively, both in Scotland and internationally. The image has been used to illustrate newspaper and magazine articles and has appeared in reference books on the subject of the salmon.

For me personally, this one single image came to encapsulate everything about the project. It was not the first, or last, photograph, but undoubtedly the most significant. As well as being published widely, it also resides in a number of important archives, such as the photography collections of the National Galleries of Scotland the University of St. Andrews and others.

To mark the occasion, I have produced a special, limited edition A3 commemorative poster, which you can buy from my website. All the proceeds raised from the sale will go towards photographing Catching the Tide, the Final Chapter, which will commence later this year.

I hope you can join us on Saturday, when we will explore and discuss many of the aspects of how, where and when the photograph was taken. I look forward to seeing you then.

We hope you have enjoyed the above article and images. Since forming in 2012 all the work featured on this site, and the work undertaken to enable it, has been free of charge. Now, times are changing. To continue we feel we need to ask for your support, to help us manage our time and energies, and to continue sharing photography we care about. Please visit our Patreon page and consider being a supporter. Thank you – Jeremy, Sophie, Colin. 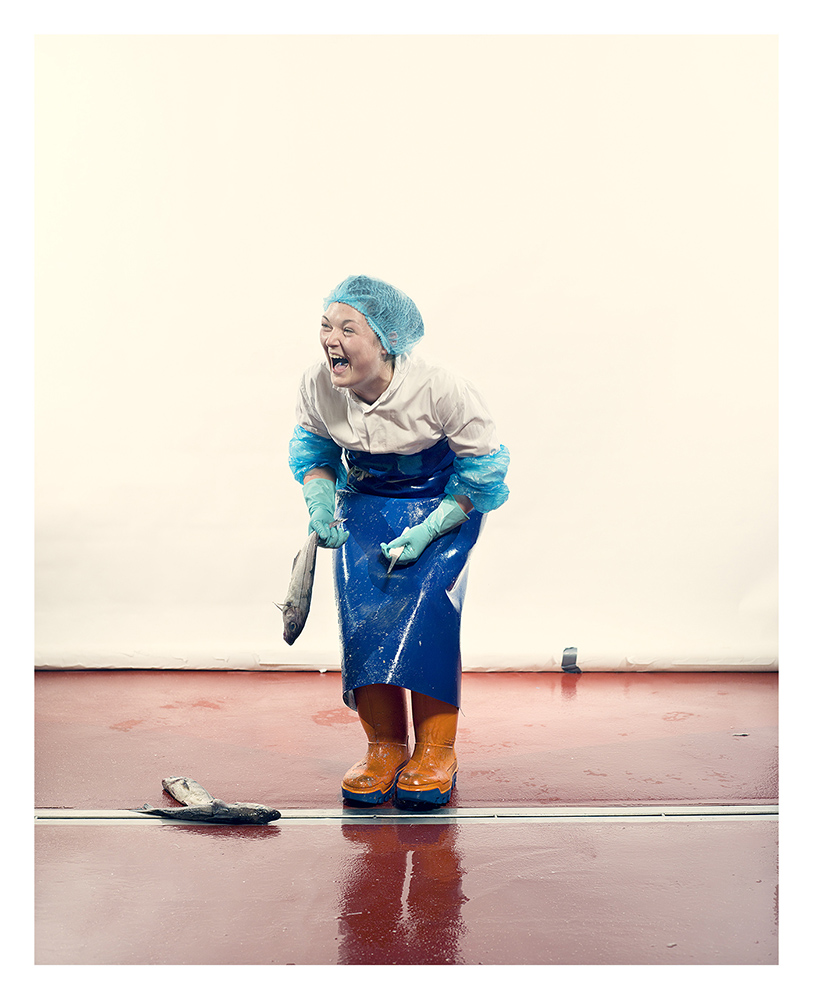 Born in Edinburgh, Craig Easton is a photographer whose work is deeply rooted in the documentary tradition. His photography often uses a mix of intimate portraiture and large format landscape to explore social histories and identity. His early career was defined by his work for the groundbreaking Independent newspaper in London and he has since gone on to win numerous international awards for both his commissioned work and personal projects.

This week, Craig launches the first exhibition of images from his Fisherwomen series in Montrose tomorrow, a project looking at the working lives of women who work onshore in the fishing industry along the east coasts of Scotland and England. As the show opened in Angus, Craig kindly agreed to share some insights into his photography.

Where did you get the inspiration or idea from to photograph the fisherwomen?

Initially, from the paintings of Winslow Homer and John McGhie and the old sepia tinted photographs of the ‘herring lassies’ on bustling quaysides. I’d read a lot about the the herring trade, how the fleet followed the annual migration of the shoals from Shetland to Great Yarmouth in Norfolk. And I’d read about how the fisherwomen used to mirror the fishermen’s annual journey travelling on land from port to port to gut and pack the herring into barrels in open air curing yards and quaysides. It felt to me that these women had been rightly celebrated for their critical role in fishing in days gone by, but their contribution was now mostly unseen – working as they were behind closed doors in large fish processing factories, smokehouses and small family firms right up and down the east coast. Fishing has always attracted photographers and artists, but most often the focus has been on the fisher ‘men’ and not the fisher ‘women’. I wanted to address that and make pictures that both documented and celebrated the women’s role in the same way as the painters had done in the late 1800s.

Could you tell us a bit about how the project developed, where were the locations you worked in and how long it all took?

I began the work in 2013 in Fraserburgh, Peterhead and Aberdeen. I’ve worked in and around fishing communities all my career and extensively in the Highlands and Islands of Scotland. I’d read Neil Gunn Silver Darlings and I knew the story of the herring girls and fisherwomen – how they used to wade through the freezing waves to carry their menfolk out to the boats to ensure they went to sea in dry clothing. How they baited the lines, mended the nets, gutted and packed the fish and essentially held the communities together whilst the men were at sea. I wanted to find today’s fisherwomen and so I started knocking on doors and making portraits in the processing houses in Aberdeenshire. You can imagine I got some odd looks and comments as I set up a backdrop and a large tripod in the middle of a working fish factory. Early on I decided to use the route of the traditional herring trade as a vehicle to explore the subject and to tie in the experience of the contemporary workers to the celebrated fisherwomen of the past. I continued to make portraits in various places on the east coast off and on over the next few years, until in 2017 when I decided to really concentrate on bringing it all together as a coherent project. I shot more pictures in Angus and Fife and then went up to Orkney and Shetland where the traditional herring season began in early summer each year. Speaking to the gutters, filleters and packers today, I realised they performed essentially the same role as their predecessors, but didn’t have the same connection from one fishing port to the next: the people in Shetland no longer travelled each season to Fraserburgh or Lowestoft and so the people of the southern ports didn’t have the same connection to the north. I wanted to remake that connection by shooting landscapes and seascapes along the length of the original route. The final piece in the jigsaw was to photograph and interview fisherwomen who had worked ‘at the gutting’ back in the 1940s, 50s and 60s – women who still remember the journey, still recalled the cacophony of the quaysides and could help make the connection to my contemporary portraits.

Did you discover anything unexpected, or was the project much as you had envisaged from the outset.

I’m not sure that I discovered anything ‘unexpected’ – I’d done a lot of research and was familiar with the story and the history. I discovered what I had hoped I would  find though and that was a fabulous camaraderie in the modern factory settings that can’t be that much different to the comradeship and fellowship of the herring girls when they stayed together in temporary ‘gutters huts’ or cheap lodgings as young women. There is still an enormous pride in their trade, it is still extremely skilled, arduous work and they are still the backbone of many fishing communities.

You have used a mix of archive material and your own work in the exhibition. Why?

To make the connection, to show how the modern fish workers are part of a long and important tradition, to tie the contemporary experience closely to the heritage. And one day, if this isn’t too bold, to maybe hang my pictures next to Homer’s, McGhie’s and the Jobling’s in a homage to the women of the fishing communities past and present. In some senses I see myself as an historian as much as a documentary photographer – it’s about recording social history, to preserve it for future generations. If those paintings hadn’t been made and those old black and white photographs of the herring girls hadn’t been taken, then we wouldn’t have the social history and we’d be all the poorer for it. It’s difficult sometimes to notice what’s important when our own experience is, by definition, ordinary and familiar to us, but I do think it’s important to see today in the context of history and it is as much my job to record this era as it was the artists of the past to record theirs. I don’t want it to sound grandiose, but I know that my life has been richly enhanced by photographs, paintings, literature, music etc etc from the past and so I feel it’s my responsibility to record what I see for future generations too.

How does this project fit into your other work?

Ah, good question. In the social history context mentioned above, it’s all interconnected I suppose.

More and more, recently, I’ve been recording audio or taking written testimony to work alongside the pictures, whether that is working with teenagers exploring how their dreams, hopes and ambitions are influenced by social background or location etc, as I did with the group project I’m leading called Sixteen, or whether it’s listening to the memories of fisherwomen and making connections between different generations, I feel that it is all about storytelling, listening and learning about real lives. The more we share and communicate with one another, the more we understand each other and it feels to me like that is more important now than ever. Maybe taking some pictures, talking to people and helping to tell their stories can play some small part in that.

A small selection of the work will be shown at Montrose Museum and Art Gallery from 19th April – 1st June, 2019, with a preview on the opening night. Craig will be expanding the work into the English fishing ports in the coming months and a wider show will happen at the Hull Maritime Museum in August, then aspects of it will travel to other galleries and museums along the route. 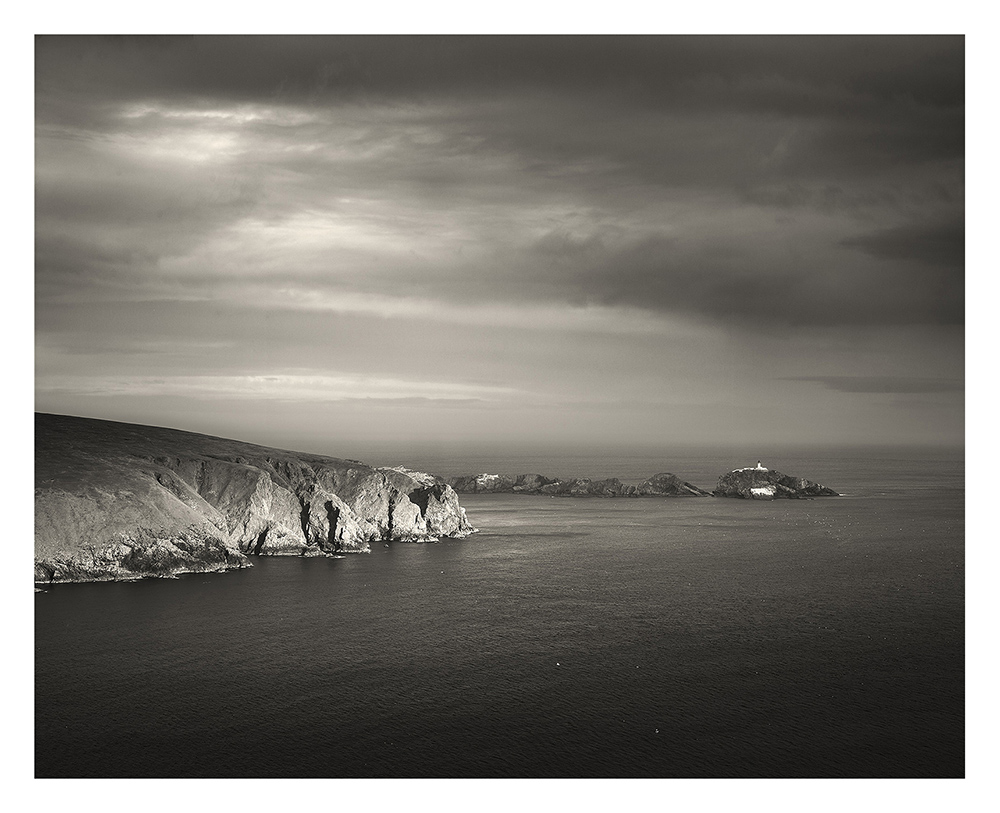 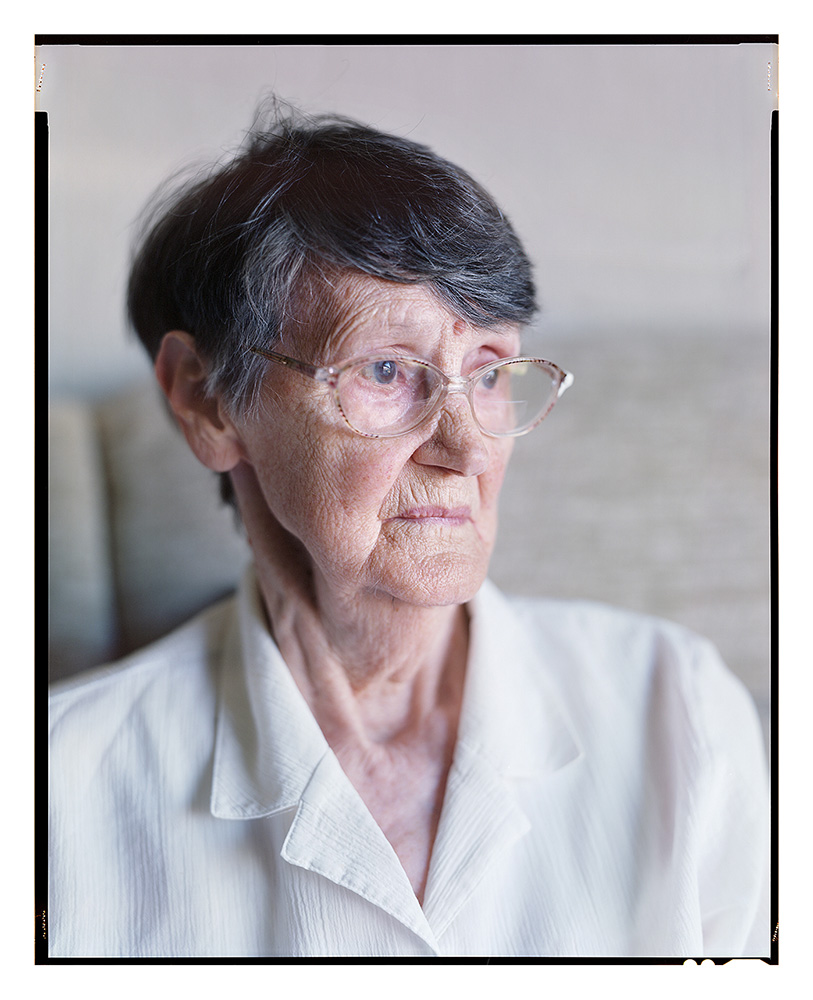 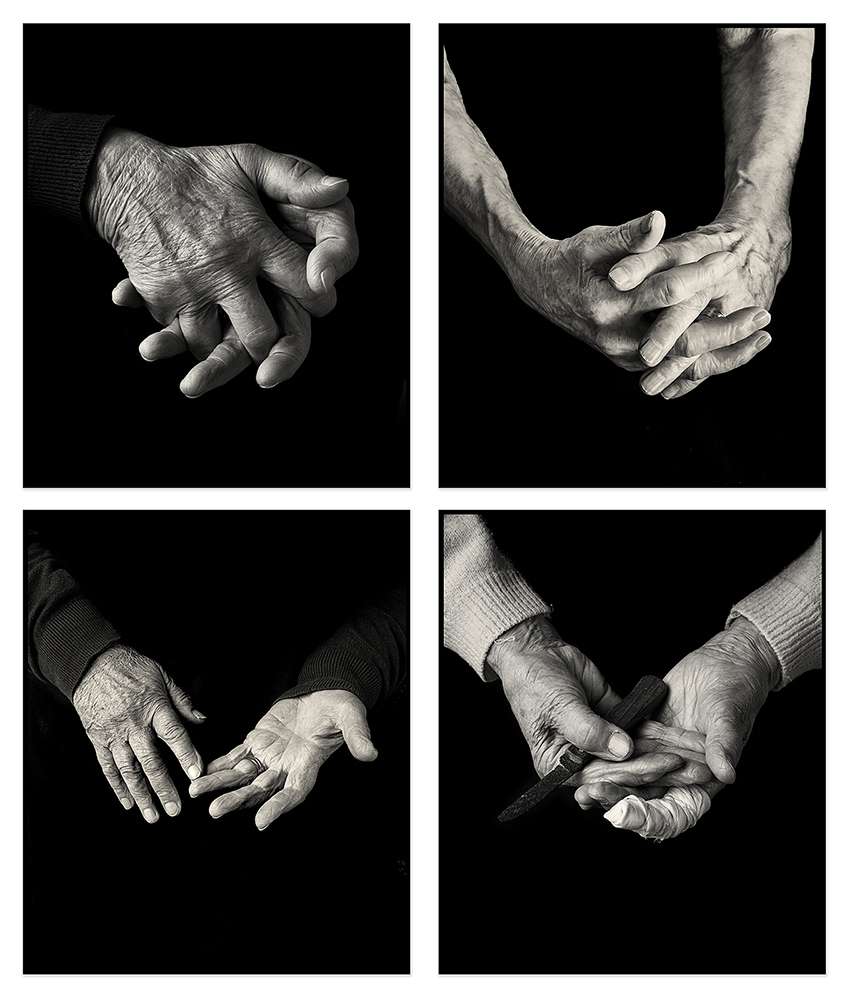 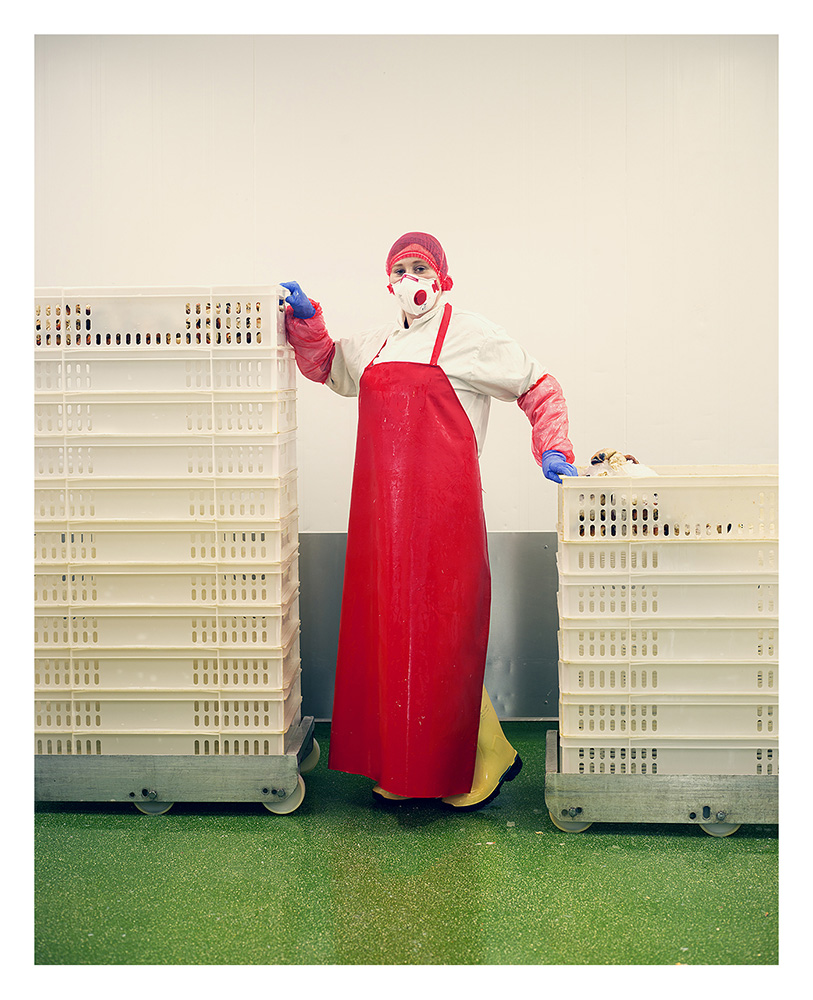 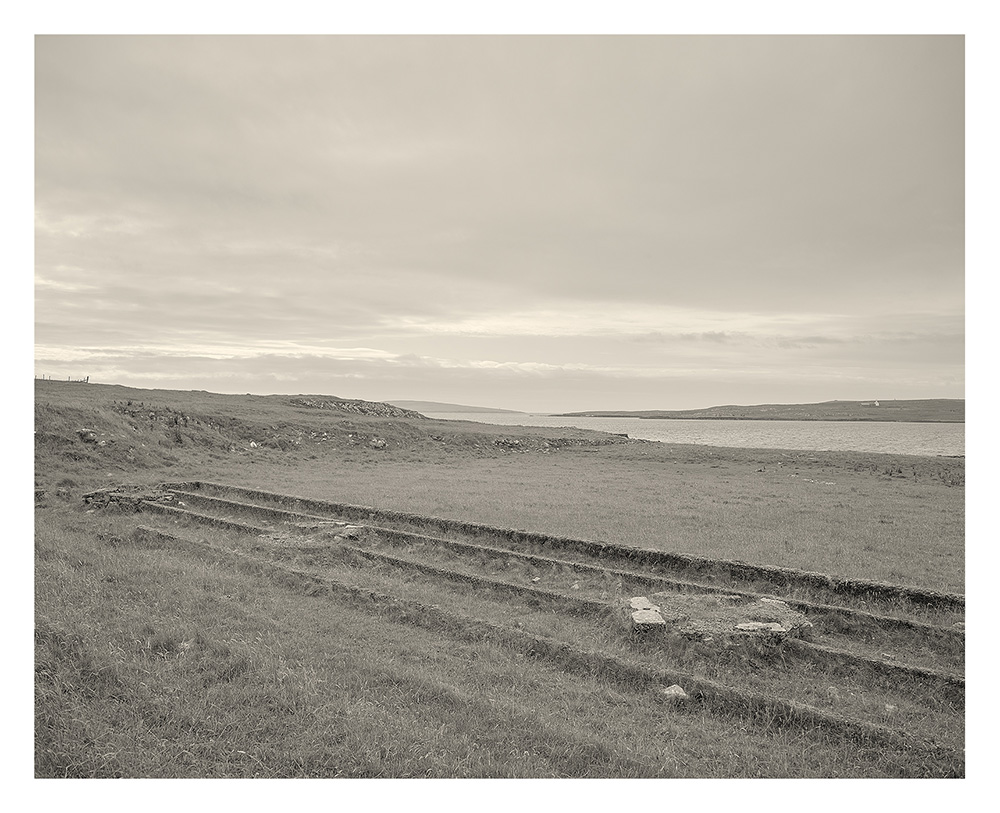 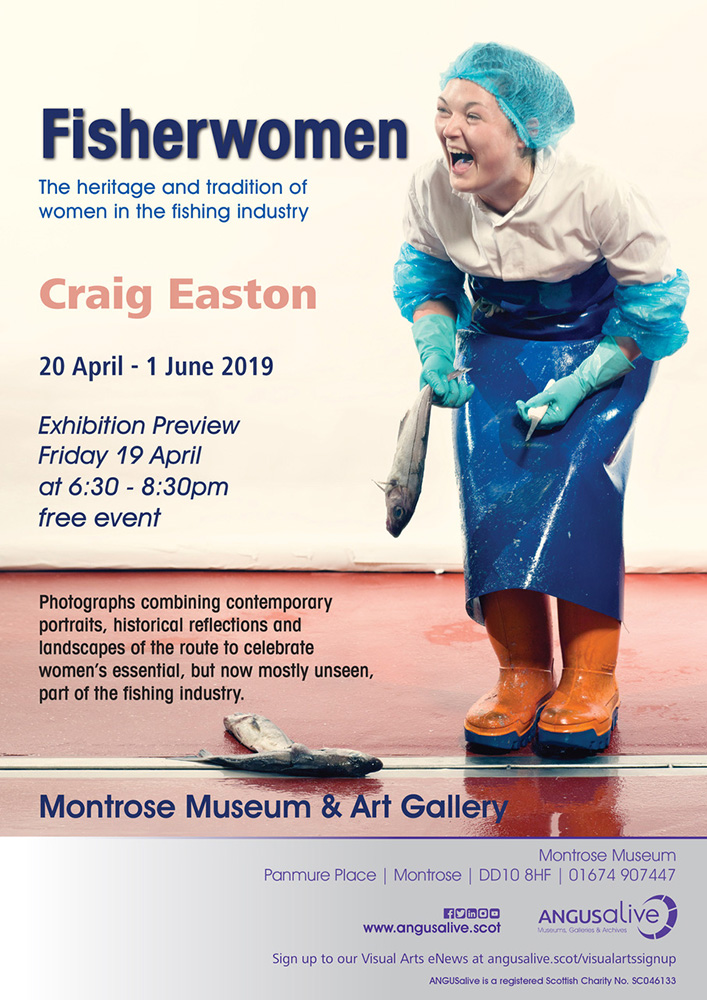