Life is changing for all of us. That much we know about the world we live in as the conseqienses the coronavisrus pandemic become more apparent. The future has never looked more uncertain and we can only guess and speculate what is in front of us now.

A year ago, Document Scotland photographer Colin McPherson visited the small inner Hebridean island of Colonsay to shoot a short story about two of its residents for whom life was about to change. Or so they hoped at the time. One year one, due to the global pandemic, that change has been put on hold.

Colonsay’s medical services are run and co-ordinated by husband-and-wide doctors David Binnie and Jan Brooks. In May 2019, they were nearing retirement after eight years overseeing the GP practice there. Colonsay’s approach to health is a bit old school: it relies on involving as many members of the community as necessary to deliver services by pooling and sharing knowledge and resources. It is not uncommon for the islanders to be called upon to use their skills as firefighters, ambulance crew, flight controllers or administrators to help keep the island’s 135 permananet residents and thousands of annual visitors safe and well.

Whilst he was there, Colin was given privileged access to all facets of the service, from attending consultations at the surgery which overlooks the main settlement and ferry terminal at Scalasaig, to accompnaying Dr Binnie on home visits. It gave him a chance to see how this beautiful island worked and what it looked like.

Due to the COVID-19 outbreak, however, the doctors’ retirement plans have been put on hold. Although at the time of writing there have been no cases on the island, Colonsay effectively remains closed to the outside world, with a lifeline ferry service delivering food and essentials the only contact with the mainland, a two-and-a-half hour sailing from Oban. Once the outbreak subsides and life starts to return to normal, the doctors will try to get their retirement plans back on track and renew the process of recruiting a replacement GP.

As well as photographing the doctors’ work and capturing aspects of life on Colonsay, Colin also shot a short film which has been used in the advertising campaign to find David and Jan’s replacement.

It was Colin’s first visit to the island in over thirty years. Like so many Hebridean islands, so much has changed, yet stayed the same. It will be fascinating to see how it changes as a result of the conronavisrus outbreak.

We hope you have enjoyed the above article and images. Since forming in 2012 all the work featured on this site, and the work undertaken to enable it, has been free of charge. Now, times are changing. To continue we feel we need to ask for your support, to help us manage our time and energies, and to continue sharing photography we care about. Please visit our Patreon page and consider being a supporter. Thank you – Jeremy, Sophie, Colin. 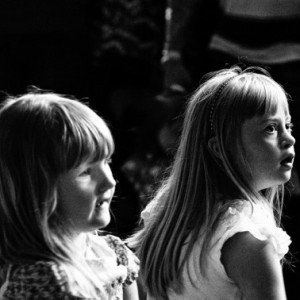 Scottish-based photographer Graham Miller has been photographing families with a person with Down’s Syndrome, capturing their intimate moments and everyday family life. The resulting work is on show at Summerhall Gallery, Edinburgh, from 22nd March – 22nd May 2013. The exhibition photographs are accompanied by audio interviews and quotes with the families featured. 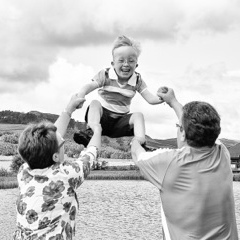 The below text comes from the advance information for the book, supplied by Graham Miller:

‘We know that new parents want to see real families just getting on with life after having a baby with Down’s Syndrome’ – Pandora Summerfield, CEO, Downs Syndrome Scotland.

The book’s title, Six Percent, is taken directly from statistics presented by the UK Cytogenetics register which show that of all the pregnancies diagnosed as being Down Syndrome, 6% result in a live birth, 91% are terminated and a further 3% of babies are miscarried, or die at birth.

This book is unusual in that it presents striking black and white photographs with captions derived from interviews, with a number of affected families by one photographer. A number of books already exist which show a very personal view, within one family, while the aim of this book is to show a diverse and balanced perspective across a number of family groups from the viewpoint of someone who knows nothing about the condition. This then reflects the
experience of many families who are introduced to Down’s Syndrome for the first time when they are told that their child has the condition.

Likely to be of interest to the photographic book community, expectant and new parents of children with Down’s Syndrome, medical professionals and the public at large. Six Percent aims to present real images and quotes from families describing their experiences. This includes very personal accounts of thinking around the time of diagnosis and then birth where families describe how they felt and how their views have developed. Some of the captions are shocking while others will prove uplifting.

Many families describe a feeling of shock, a period of adjustment and then acceptance. Those featured have all been determined to share their experiences, so that others can learn from them.

Through Six Percent, the photographer and interviewer, Graham Miller, does not seek to take a position as to whether the decision to terminate a pregnancy is justified or not. Instead he seeks to present ‘What I saw and heard – no more, no less’. On that basis, it is to be hoped that this book then provides a welcome additional source of information alongside that already available in the public domain which often focuses more on the medical ramifications rather than day to day life.

Graham admits that through this project, in common with his other documentary photography work, he seeks to address the underlying theme of the importance of individuality. ‘When I take photographs of someone affected by disability I see their condition as just one more aspect of them which goes towards creating the whole person. Small, tall, black hair, no hair, young, old and indeed having Down’s Syndrome are our ‘specifications’ and its society that tries to put us in a box. I pursue ‘humanity without constraint’ and it is my passion that we all do the same one day’.

Six Percent will be published on UN World Down Syndrome day March 21st 2013 alongside a touring exhibition.