We’re delighted that Jeremy Sutton-Hibbert’s ‘Unsullied And Untarnished’ project, which examines the culture of the Common Riding festivals of the Scottish Borders, has been chosen to be included in the Photo50 show at London Art Fair which runs this week from Wednesday 18th – Sunday 22nd January.

Photo50 is London Art Fair’s annual exhibition of contemporary photography, providing a critical form for examining some of the most distinctive elements of current photographic practice. 2017’s installment is ‘Gravitas‘, a group exhibition of lens-based works, curated by Christiane Monarchi, editor of Photomonitor photography website.

Also from Scotland and included in the show are works from a new portrait project by Wendy McMurdo which examines the dual existence of children and their digital online worlds.

“‘Gravitas’ refers to one of the core personal virtues taken by ancient Roman society as an important part of the expression of a purposeful life, a facet of the ideal and well-rounded citizen. It denoted depth as well as a seriousness and solemnity of character. The presence of gravitas signalled the transition of the Roman youth from the ranks of boyhood to become a respected member of society.

Artistic representation of the interior world of children and adolescents as they enter the adult world is fraught with challenges: not least the existence of taboos regarding the portrayal of children in the media under the age of consent. However, at a time when childhood itself comes under increasing pressure from society in many real and virtual arenas, the path through adolescence constitutes a fascinating journey worth illuminating for both artistic and sociological discourse.” – Christiane Monarchi explains the exhibition. 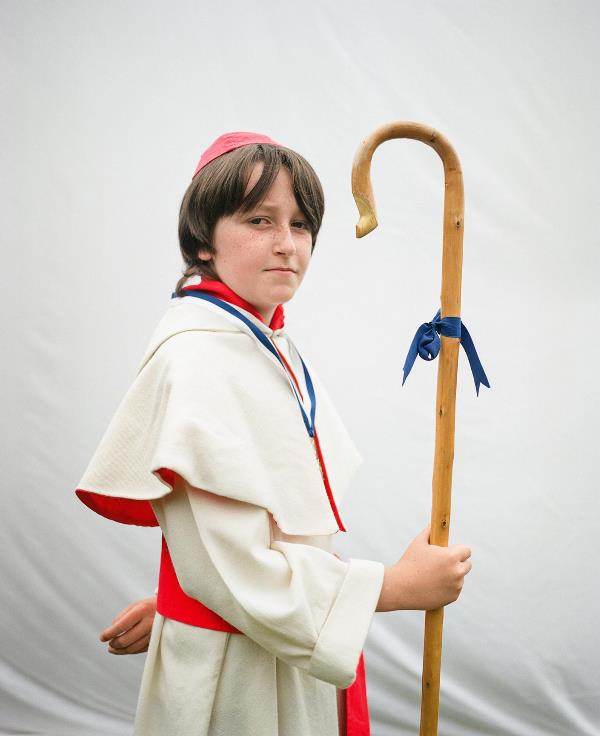 Jeremy will be exhibiting portraits of youths (above) participating in the Common Riding festivals from his Unsullied And Untarnished project, photographic portraits of the people of the towns of the Scottish Borders who each year undertake the maintaining of tradition, commemorating their local history and strengthening the bonds of their communities, during the annual Common Riding festivals of the summer months. Braw Lassies and Honest Lads, Left Hand Lassies and Right Hand Men, Cornets, Hunters and Coldstreamers – all titles given to the upstanding youths who lead the festivities, and whose duty it is to carry the burgh or town standard around the common lands, to “bring it back unsullied and untarnished”.

Wendy McMurdo’s work focuses on the now ubiquitous role of the computer in the lives of the majority of western children. The rapid proliferation of computers in schools has provided the context for the development of much of her work, which looks directly at the influence of computers on early years education. Working closely with local schools, she has explored the role of the child within the school, the growth of the Internet and the development of networked play. In related projects, she shadowed school parties on educational visits to various local museums, a process which evolved naturally from photographing in the classroom. From this, she produced series of works that explored the ways in which children related to the museum and its objects in a world of increasing simulation. She is based in Edinburgh. 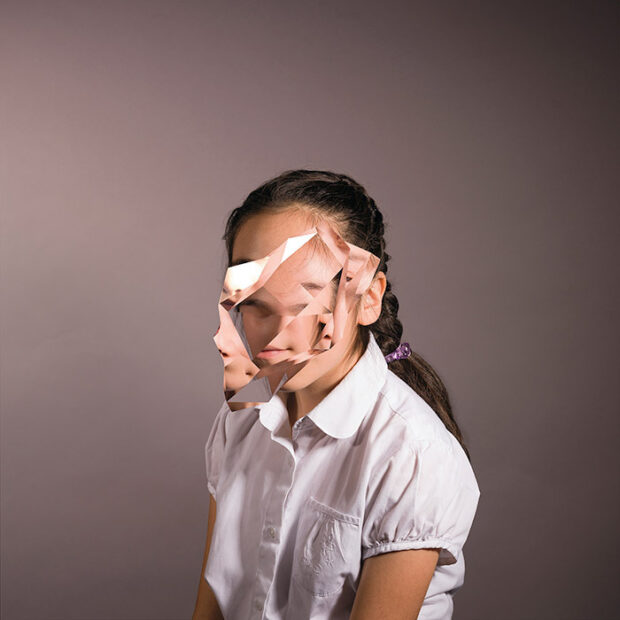 Talking of the project Wendy says, “In the summer of this year, my youngest daughter was about to leave primary school and I wanted to make a final piece of work documenting her class. I’d worked with this group on many occasions over the years, mainly looking at the impact that the computer and digital culture had on their lives.

That summer, location based gaming exploded onto the scene and it seemed that much of this group’s time outside school was spent chasing Pokémon around the streets of the city. Using GPS and their camera functions, they roamed the city, inhabiting two worlds at the same time – one geographic and one imaginary. In this set of portraits, I wanted to capture that dual existence, now that space has been re-imagined for us by the appearance of location-based gaming.”