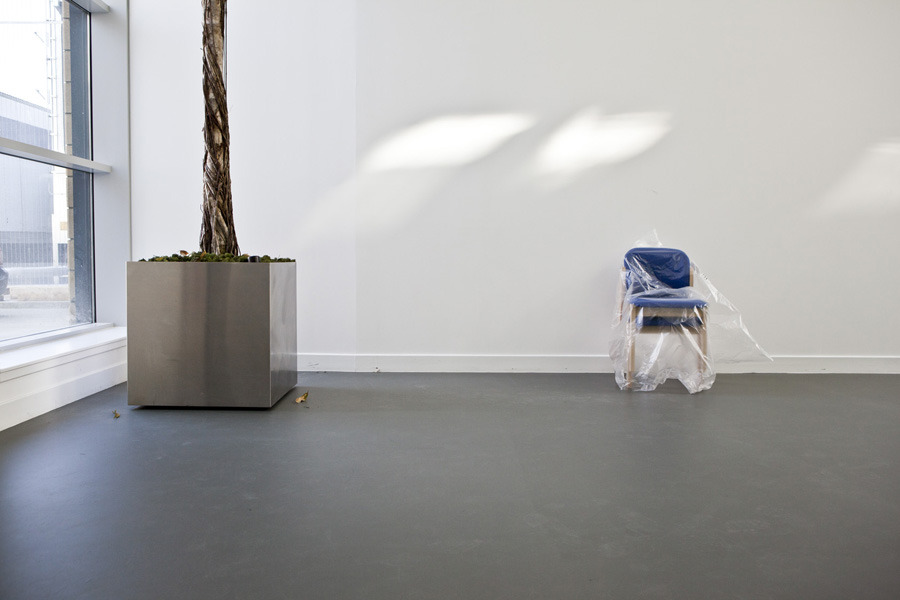 The residency I undertook last year was an incredible experience. I gained unprecedented access to three Scottish Prisons, one of which hadn’t yet opened for ‘business’. To explore a world that is shrouded in mystery and suffers from an excess of representation and to make new work in and around these spaces was, without a doubt a privilege.

The conceptual frame for the project focused on the ways criminological researchers relate to the spaces where research is conducted, analysed and disseminated. A central premise is that working in particular spaces simultaneously contributes to their meaning as places of punishment. As the residency progressed I discovered striking juxtapositions of the mundane and the spectacular in the work of criminology. Suicide watch cells, the back of a prisoner transport van, a storage room holding physical restraint chairs and Zimmer frames mark sites of extreme human experience and yet at the same time are part of someone’s day at the office: a site where data is collected, transferred to spreadsheets and displayed to audiences in lecture theatres and conference halls.

The tree and chair is an image that I find very striking. As I waked through the hall ways of HMP Low Moss, with its modern, clean design, empty spaces and static energy I was struck by the conflicting messages; the fact that soon these walls would be occupied by men who’s lives were less than ordered, where chaos was central and the contrast between the space and the lives it would soon house was huge.

The massive tree taking centre stage in the hall as a way to almost humanise the clinical space dwarfing the chair, which was still in it’s protective plastic wrapping ready to be unveiled. I wondered if the architects or designers really understood what the space was being used for or if they had a generic footprint they used for all their government or council run projects; did new build schools, health centres, hospitals also have unnecessarily massive trees inside their halls?

I’d be very interested in revisiting the site to see what human marks have been left.

Jennys’ photograph, and others from her series, “Working Spaces Punishing Spaces”, can be seen at Fotospace Gallery, Rothes Halls, Glenrothes, as part of the “Seeing Ourselves” exhibition, which is curated by Document Scotland. The exhibition continues until August 1st 2013.

Tags: exhibitions, Jenny Wicks, prison, Scotland, Seeing Ourselves, Why I Took This Picture