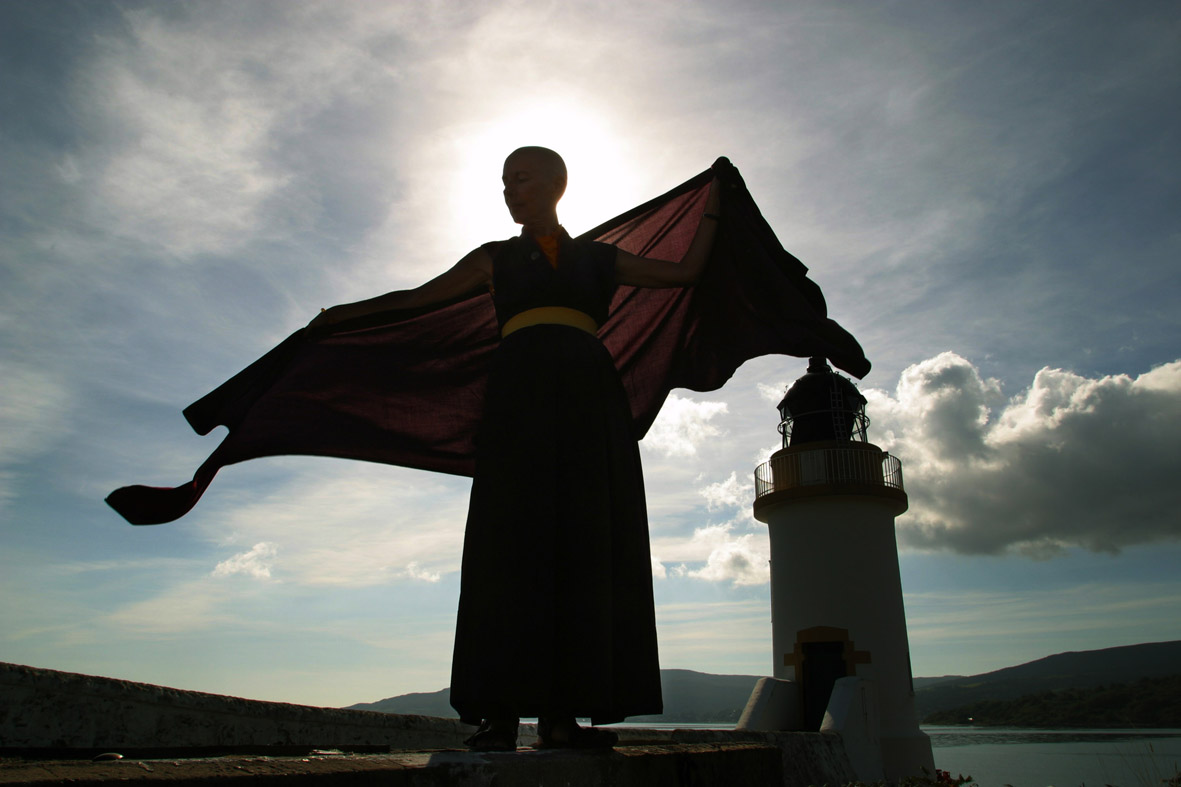 From 1996, Document Scotland photographer Colin McPherson spent a number of years looking at the lives of Scotland’s Tibetan clan, Buddhist communities who were based at locations around the country. The work has been published at home and abroad. Here he reflects on the work.

“My first encounter with Scotland’s clan of Tibetan monks and nuns almost never happened. Commissioned by the Independent newspaper in 1996 to visit Holy Island to discover why a group of Buddhists had purchaed a 1000-ft lump of rock off Arran, I very nearly missed the only ferry of the day and with it, the assignment. Maybe it was some sort of divine intervention which allowed me to make the crossing, but for me it ended up being much more than just a routine job for a newspaper, rather a 10-year project which has seen me making regular photographic pilgrimages to the Samye Ling monastery near Eskdalemuir and returning time and again to Holy Island to seek out and renew friendships with the communities there. The work has been widely published and exhibited and I count myself fortunate to having been witness to an exciting period in the development of the community in Scotland.”