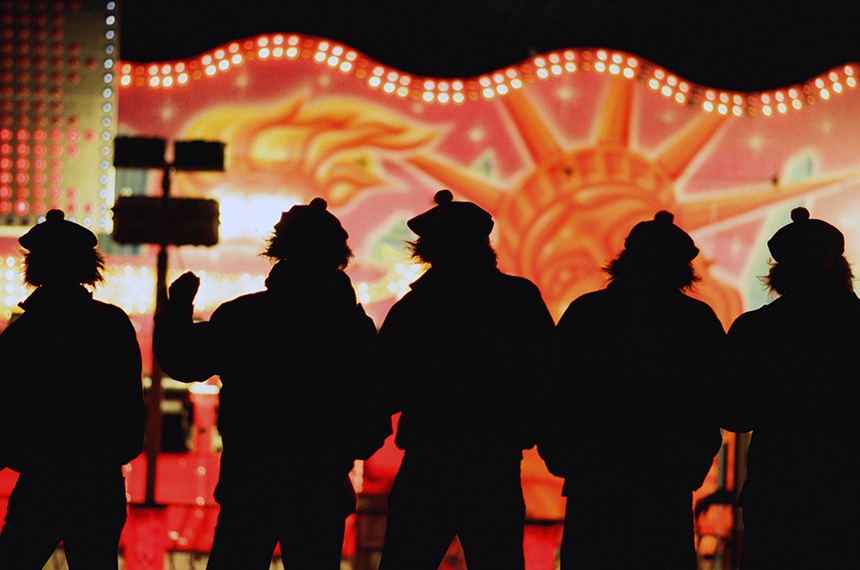 Read all about it!

With An Independent Eye now up-and-running at Oriel Colwyn, Document Scotland’s Colin McPherson explains how his current exhibition came about and what led to the photographs being transferred from printed page to gallery wall.

“Something must be done! That oft-repeated phrase, beloved of campaigners, complainers, politicians and journalists, was on my lips when the Independent newspaper announced in early-2016 that it would cease publication as a newspaper and concentrate its output online. The title, founded 30 years previously, had provided me the opportunity over more than two decades to cover news, features, travel, sport and much, much more for the title and its sister, the Independent on Sunday.

“So I decided to bring out a small compendium of images which I had either been commissioned to take for the paper, or had submitted and had published since my first assignment for them back in 1995. The 48-page book, A5-size, containing some memorable and favourite images, proved to be very popular as people looked for a small souvenirs of something disappearing from our newsstands in the UK. I had first worked for the Indy in Scotland and when I relocated south of the border in 2004, the work followed me down there. It was always an interesting mix of assignments and working for them always felt like a pleasure. Even when the papers shrank from broadsheet to tabloid, there were still people who understood the value and power of the picture, something which informed the way the Indy presented itself to the world. Their love of the monochrome image was especially prevalent in the early days and often a whole half-page would be surrendered to a photograph in order to tell or lead into a story.

“By the time the final edition rolled off the presses on the 26th March 2016, I had had over 1000 images published from stores and features across the world, some on assignment, some ideas which I had taken to the Indy myself and which they had printed.

“But the story didn’t end there. Shortly after An Independent Eye was published, Paul Sampson, the curator of Oriel Colwyn, the photography gallery with a burgeoning reputation for staging contemporary photography shows, contacted me and suggested the book would be the basis of an interesting and informative exhibition. Over the subsequent months we gently patted ideas back-and-forward until it was decided that we should display a selection of images from the book alongside the original newspaper cuttings showing the published images. As I had preserved cuttings from many of the most important stories I covered, it proved easy to put together. The result is a show which brings the recent past into focus and allows the viewer to see the original setting and context of where the pictures appeared. There are a smattering of famous people and places, iconic locations and momentous political events. Being on commission for a newspaper such as the Indy meant that every assignment looked and felt different to one another, or at least that’s how the photographers who worked for them wanted to make it look.

Fittingly, the exhibition opened on 26th March this year, precisely one year to the day since the Indy’s disappearance from the country’s newsagents and kiosks.”

An Independent Eye, the exhibition, is a joint collaboration with Glasgow’s Street Level Photoworks and the intention is that the show will tour to Scotland (venue and date TBC) and other venues across the UK over the coming months and years. It runs until 31st May, 2016 at Oriel Gallery, Colwyn Bay, north Wales.