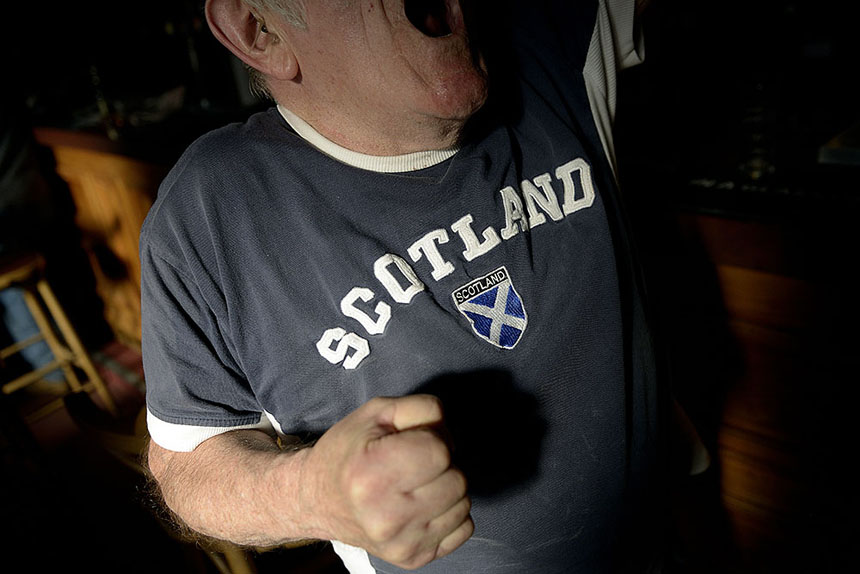 We at Document Scotland love collaborations!

So, when the opportunity presented itself to work together with the Welsh photography collective A Fine Beginning, we jumped at the chance.

Late last year, we were approached by Malcolm Dickson, director of Street Level Photoworks with the offer of an exhibition at his acclaimed gallery in Glasgow. After much thought and consultation, we decided that we’d like to put on a show which reached beyond Scotland, which was outward-facing and which would allow us to develop projects and ideas in tandem with similarly-minded people. That’s where A Fine Beginning came in.

Formed in the wake of Document Scotland in 2012, A Fine Beginning (the name derives from the first chapter of Dylan Thomas’ unfinished novel ‘Adventures in the Skin Trade) is made up of photographers James O Jenkins, Jack Latham, Abbie Trayler-Smith and Gawain Barnard. Their burgeoning reputation made it an easy fit: the next step was to bring together diverse themes and ideas and weld them into a coherent narrative: the result is ‘Common Ground’ – which launches at Street Level on Tuesday, 26th August 2014.

We don’t want to give away too much at this stage, but we can divulge that the list of projects to be exhibited will take as their inspiration the notion of ‘home’ and ‘community’ and where these start and finish. All the work on show will have been made exclusively for this exhibition and will be seen in public for the first time.  In addition to the exhibition itself, there will be a private view on Thursday, 28th August, from 6-8pm. Get in touch if you’d like to come along, we’d love to see you there.

The following two days (29th and 30th August) will see a range of activities and events which we hope will prove to be interesting and inspirational. There will be portfolio reviews, artists’ talks and the launch of new publication by Document Scotland. More details will be released of how to register to attend these events, please check back on our website soon.