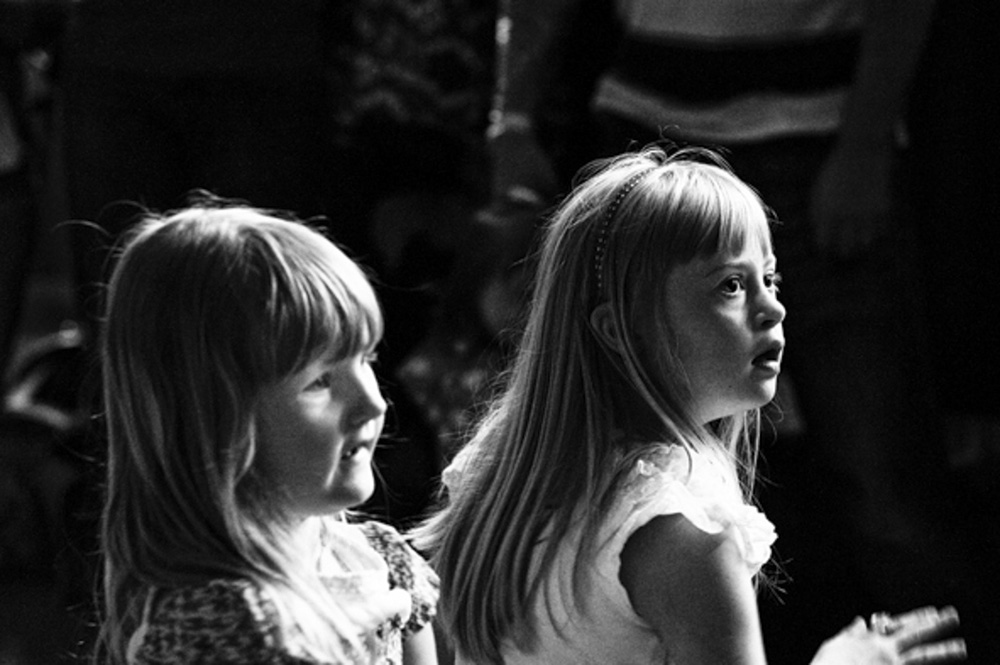 Rose was proud to show the book to her schoolmates. Photograph © Graham Miller, 2014

An exhibition of black and white photographs called ‘Six Percent’ is currently showing at the Eden Court Theatre in Inverness. The work, by Perth based documentary photographer Graham Miller, was carried our over two years in conjunction with Down’s Syndrome Scotland who then funded a print run of the book and the framed images which are now on display.

The title refers to a statistic published in 2010 which stated that of all pregnancies diagnosed as Down’s Syndrome 91% were terminated, 3% of babies died during pregnancy or at birth with 6% of live births. 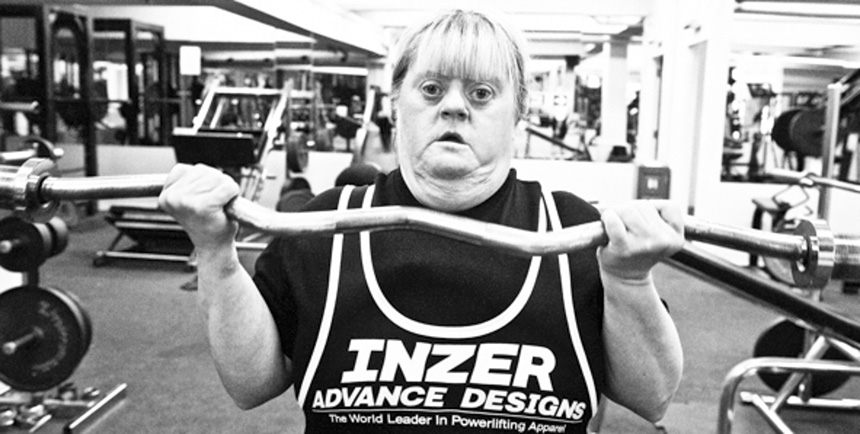 In his practice Graham interviews sitters, whilst photographing them, as a way of encouraging them to revisit past life events when he can then try and capture something of what is was like for them at the time. The framed photographs are then accompanied by extended captions using the words of those he has interviewed.

The work was first shown at Summerhall last year and Graham can be seen here being interviewed by Summerhall TV. 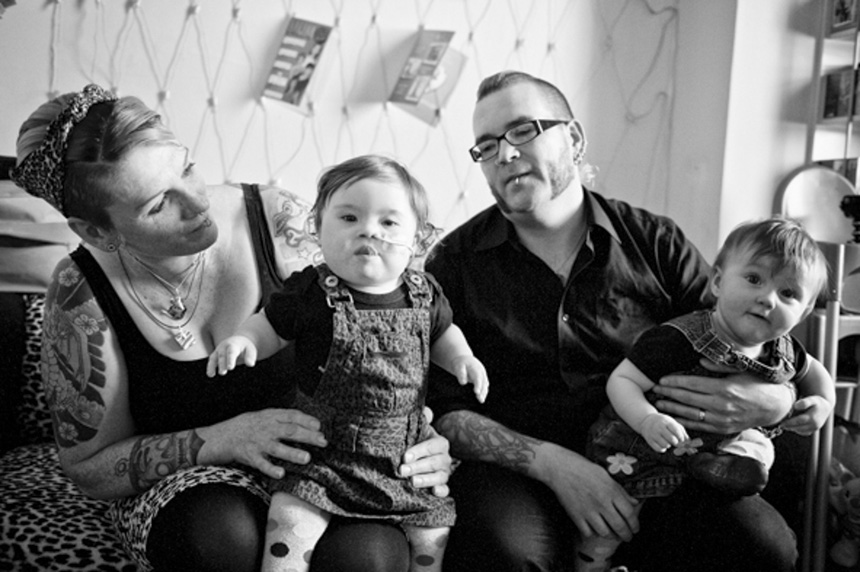 Copies of the book by the same name are available at the exhibition, by contacting Downs Syndrome Scotland or from Beyond Words. The profits from the first 500 copies go to the charity.

Graham Miller is an MA documentary stills photographer who focuses on challenging stigma. ‘Six Percent’ is his second major project in which Graham worked with families and extended families who had children with Down’s Syndrome. This followed his first major project ‘ Honesty: The Most important people in the World’ which was featured in two solo exhibitions, one being part of the Scottish Mental Health Arts and Film Festival (SMHAFF). That project looked at a group of workers with mental health issues who attended the Wall Garden within the grounds of Perth’s Murray Royal Hospital. 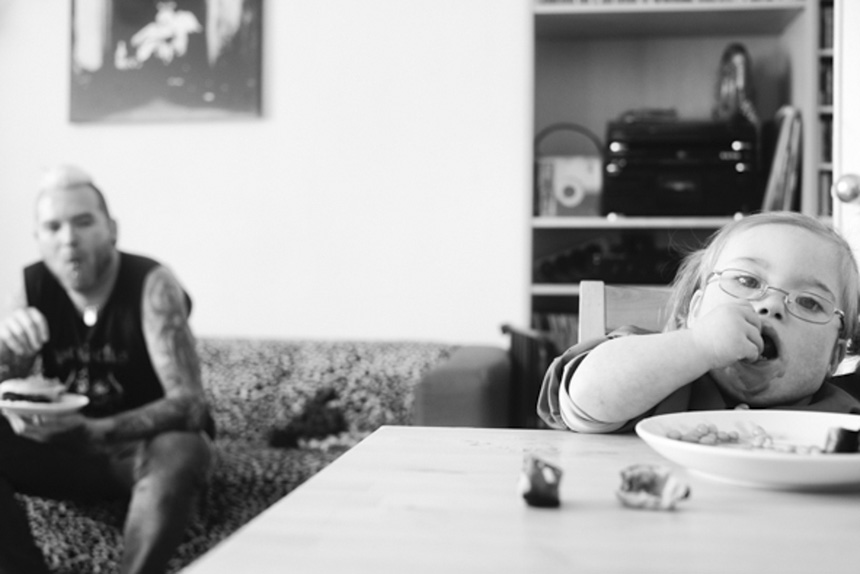 Graham now has two new projects running in parallel. #Broken explores what happens to people as they deal with the trauma of a major life-changing event and how that impacts their mental well-being. The second project, as yet unnamed, returns to a theme first developed during the Walled Garden project, that of power relationships and challenging the role of celebrity in society.

‘Six Percent’ is being shown at The Gallery, Eden Court Theatre, Inverness, until 31st March, 2014.