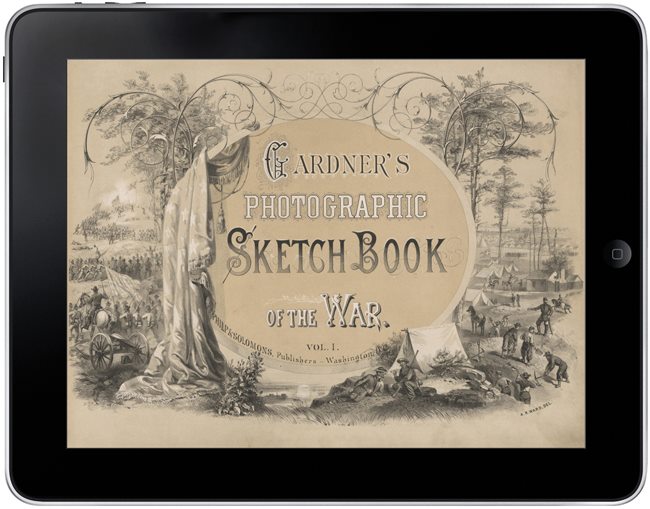 Alexander Gardner, the 19th century Scottish photographer, is the last person you expect to find late on a Thursday evening hanging out on Twitter, but indeed to my amusement and surprise I somehow stumbled into his Twitter feed.

Alexander Gardner was, or is (since he is still tweeting and nice to see he’s taken to social media) regarded as the first photojournalist. Born in Paisley, Scotland, on October 17th 1821, Gardner moved to America in 1856, where he subsequently became photographer of the Army of the Potomac, and the man who documented the American Civil War, bringing back for viewing for the first time ever photographs of war dead. He was also the photographer who shot portraits of Abraham Lincoln and also images of the execution of the conspirators to Lincoln’s assassination.

Surely Gardner would have something interesting to say in 140 Twitter characters ? So I took a look, read his feed, and behold, I find that not only did Gardner have a twitter feed but he also has an iPad app for sale. Not one to shy away from modern technology he has resurrected his famous and scarce Photographic Sketch Book of The War into an app, available now on iTunes.

This was too good to be true, so I sent him a message. How could I resist chatting with a Scottish documentary photographer of his stature ? And kindly, Alexander has graciously let Document Scotland reproduce below the text describing his app and showcasing his most famous work, and has also shared with us a few screen grabs of it.

Alexander Gardner, we thank you.

About Gardner’s Photographic Sketch Book of the War iPad app.

Antietam. Manassas. Gettysburg. These are battles that are forever etched in America’s memories. The man who captured some of the most horrific images during the War Between the States was Alexander Gardner, an intrepid Scotsman, a jeweler’s apprentice of Calvinist upbringing, a newspaper publisher, entrepreneur and photographer.

Gardner’s historically significant compilation of images, his Photographic Sketch Book of the War, is one of the most acclaimed photographic books ever published, and yet little known. Published in 1866 in two stunning volumes and with an original price tag of $150, only 200 copies were ever printed, with fewer than 14 remaining intact to this day. A complete set of the works sold at Christie’s in 2009 for $92,500, beating the $40,000 – $60,000 pre-auction estimate.

As the nation remembers the 150th anniversary of the beginning of the Conflict, our goal is to bring this work of art and these images back to life and to make it widely available to those around the country, as well as around the world, who share our love of photography as well as the history of this great country.

This app is a faithful re-publication of Gardner’s 1866 masterpiece where you can enjoy:

* Disclaimer – This app is a faithful reproduction of an original version of this 1866 manuscript. We have left all spelling mistakes and/or other “inaccuracies” as is in order to provide a true accounting of this critically acclaimed tome. Also of note, the spelling of various words and locations has changed over the years as well, these have been left true to the 1866 copy as well.

If you’d like to see, and purchase, the full Gardner’s Photographic Sketch Book of the War app then you can find it here on iTunes.