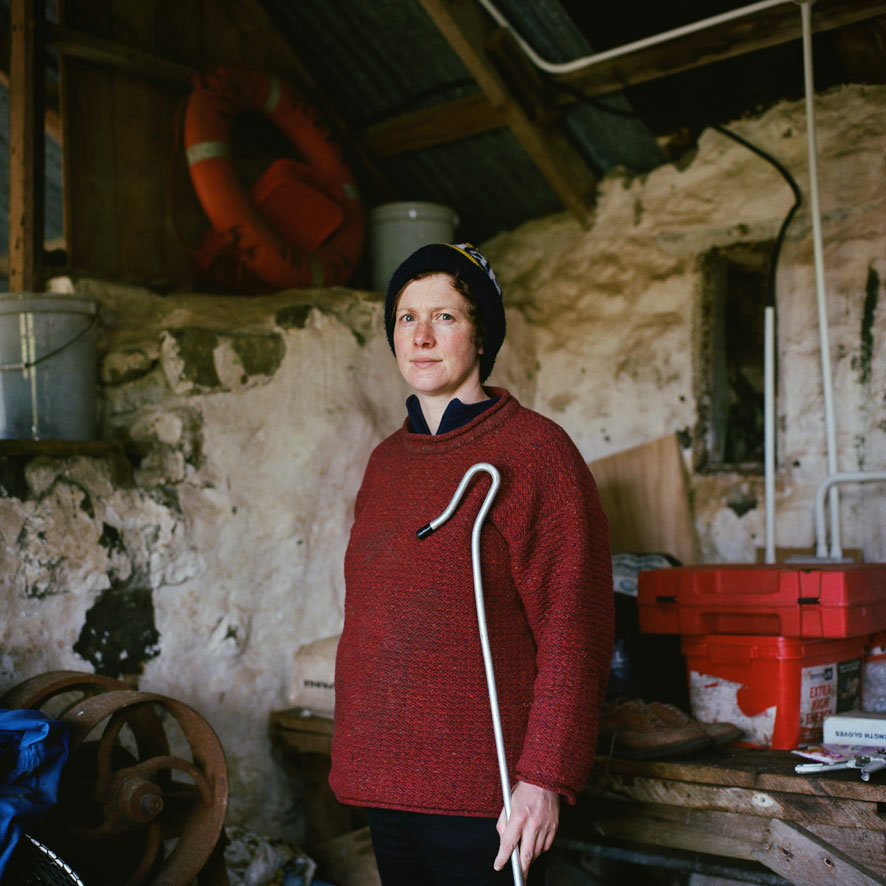 Drawn To The Land by Sophie Gerrard

Drawn To The Land is an ongoing and exploratory project which takes an intimate look at the contemporary Scottish landscape through the eyes of the women who are working, forming and shaping it.

Working and living in a male dominated world, women have a significant yet under represented role to play in farming in Scotland. Farming some of the most inhospitable and isolated rural areas of Scotland, these female farmers have an intense and remarkable relationship with the harsh landscape in which they live and work.

Sophie’s project, begun in 2012, explores the domestic landscape as well as the physical, following the emotional story of the land as much as the historical and geographical. The women’s’ personal and physical stories reflect a wider story of our national identity, and emotional relationship with the landscape.

“This project began in 2012 as a way of exploring my own relationship with the Scottish landscape. Having worked and lived away from Scotland for almost a decade working on environmentally focused photographic projects, I set out to understand the connection I, like many Scots, have with the landscape. It’s a great symbol of our national identity and nostalgia – but one which can often lead to a view of the picturesque, of romance and “rural fantasy”.

My aim was to uncover something more authentic. And so began a personal journey for me, I wanted to scratch the surface, to go beyond the picturesque postcard view and learn about the land through the eyes of those who are responsible for it.”