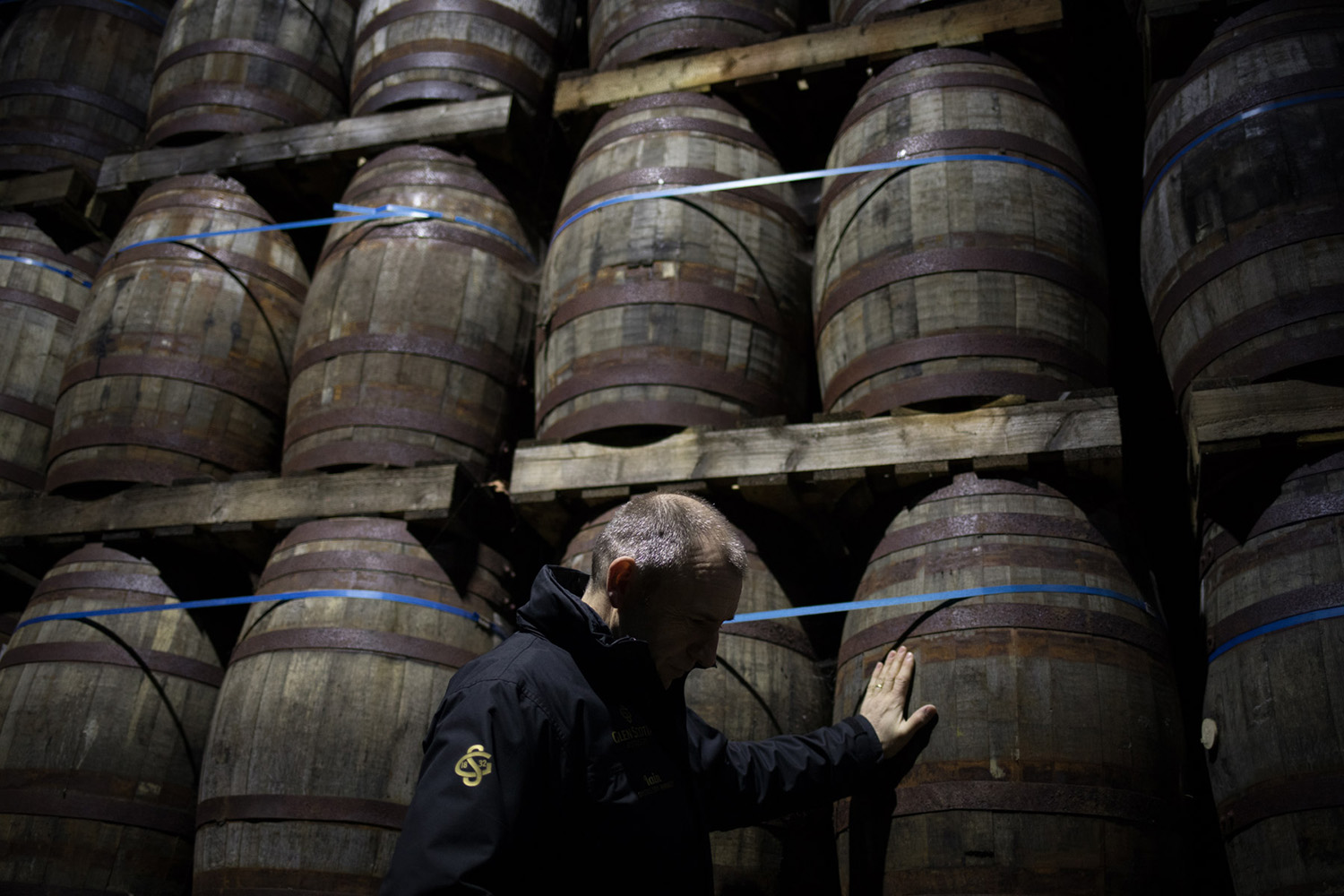 Last year Document Scotland were invited to spend a few days at the historic and iconic Glen Scotia whisky distillery, in Campbeltown, producing photographs of People, Place and Process. We’re delighted today to be able to share with you some of the work, and to invite you to explore an online exhibition held in the whisky dunnage warehouses of Glen Scotia distillery itself. Slainte! – Document Scotland.

A photographic exhibition showcasing the history and heritage of Campbeltown has been unveiled today (7 June 2021) as part of the Glen Scotia Virtual Malts Festival 2021.

Campbeltown was the whisky capital of the world in the Victorian era and as one of only three surviving single malt whisky distilleries located there today, Glen Scotia has collaborated with Document Scotland to shine a spotlight on the town’s whisky-making legacy.

A collective of three Scottish documentary photographers, Document Scotland share a vision to witness and photograph the important and diverse stories in Scotland. Through the partnership with Glen Scotia, Sophie Gerrard, Colin McPherson and Jeremy Sutton-Hibbert have captured modern-day photography of Campbeltown by exploring the themes of People, Place and Process, to tell the story of Glen Scotia and Scotland’s fifth malt-producing region.

Combined with historic photography of the distillery and the region, these captivating images from the past and the present are featured in an interactive online gallery to celebrate Campbeltown’s contribution to Scotch and uncover Glen Scotia’s long, rich history.

Iain McAlister, Master Distiller and Distillery Manager at Glen Scotia, said: “Since 1832, Glen Scotia has been shaped by the people, time and events; as well as the history of Campbeltown itself, and this remarkable Document Scotland photographic exhibition brings our unique whisky history and heritage to life. Our single malt reflects centuries of craftsmanship and experience associated with the region and is renowned for its Campbeltown character.”

“Campbeltown is one of Scotland’s best kept secrets. It is a beautiful small town on the country’s west coast with wonderful scenery and its history and whisky heritage provide a continuous source of inspiration for me.  It’s the place I love to call home and the place I’ll never leave.” – Iain McAlister

Photographer Sophie Gerrard focused on the ‘People’ who could tell the story of whisky in Campbeltown. From those who work at Glen Scotia to the farmer who collects the draff to feed his cattle, and from those descended from the ‘big three’ whisky families of history to the new generation of young people making their lives and livelihoods from whisky in Campbeltown. Using her method of environmental portraiture, she photographed these people in their homes, at the distillery and in the hills and streets around the town, each of them connected in some way to the unique heritage of Campbeltown.

Sophie said: “As a photographer I’m always interested in the people behind the story and for this project to make a series of photographic works about Glen Scotia and the unique story of whisky in Campbeltown, I turned to the individuals which make this whisky so special. Each character has an individual story and a distinct connection to the past and the future of whisky in Campbeltown.”

Photographer Colin McPherson captured the theme of ‘Place’ around Campbeltown, taking his inspiration from the connections between the town today and its past. He looked for remnants of the ‘Whiskyopolis’ boomtown of old and set these in the context of modern-day Campbeltown, using the intense colours and light presented so dramatically by an Argyll winter and the town’s architecture to make a series of images which transcend time.

Colin said: “Campbeltown has a special connection with whisky distilling, and it was fascinating to see so many traces of ‘Whiskyopolis’ – from disused warehouses, old gates and fences to buildings which are now used for other purposes. There is still a distinctive atmosphere in Campbeltown, one which evokes the past. A lot of this comes from the Glen Scotia Distillery, which is a living and breathing reminder of the town’s heritage, but one which is very important to its status today and for the future.”

Photographer Jeremy Sutton-Hibbert captured the daily lives of Glen Scotia employees and the patient ‘Process’ of distilling new-make spirit to fill into casks. His photographs illustrate the passion and human touch of the men and women for their craft, their immediate environment, the spirit and the all-important casks, which all bring unique ingredients, vital elements and distinctive flavour to the final whiskies.

Jeremy said: “As photographers we are passionate about our craft, waiting for the right light, looking for the perfect angle and bringing years of experience to every photograph we take, even though it may only be a fleeting moment we capture. This is mirrored at Glen Scotia and we found a perfect partner in the distillery, where Iain McAlister and his team bring passion and years of experience to their craft, to create exquisite single malts. This collaboration is a meeting of minds between two teams of modern Scottish craftspeople, aware of their place in contemporary Scotland, but also of the history that has gone before them.”

Campbeltown was once known as ‘Spiritville’ or ‘Whiskyopolis’ and at its peak in the Victorian era, there were around 30 legal distilleries operating in a town with a population of only 9,000. The unique photographic exhibition forms part of this year’s Glen Scotia Virtual Malts Festival, which will welcome thousands of whisky fans from across the globe to experience a range of online tours and tastings from the distillery.

Glen Scotia 25 Years Old single malt was recognised as the ‘Best in Show Whisky’ at this year’s San Francisco World Spirits Competition, with judges awarding it as the overall winner of the competition, and therefore the best whisky in the world in 2021.

For further information about Glen Scotia and to view the photography exhibition, visit www.glenscotia.com.