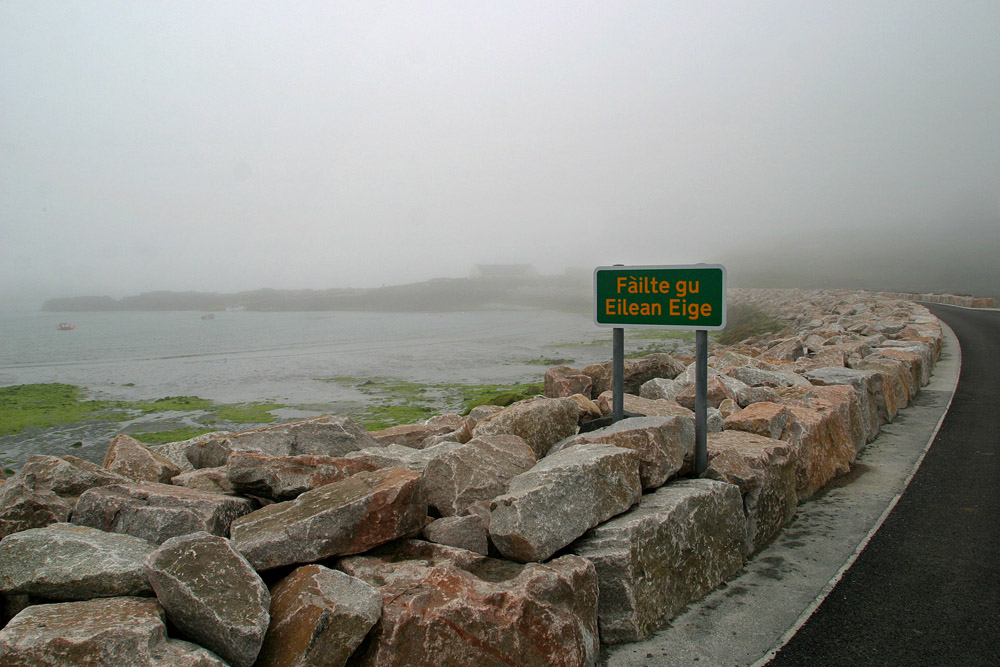 I am the Eigg (post)man by Colin McPherson

Easily the most pleasurable aspect of working on assignment as a documentary photographer is meeting and getting to know the people you photograph. One of my most memorable experiences was being commissioned to travel to the Hebridean island of Eigg to do a profile of the island’s postman, John Cormack. Like the protagonists in the famous Bill Forsyth film ‘Local Hero’, John wasn’t only responsible for delivering the mail every day; he had a variety of tasks and jobs which made him totally indispensable. Indeed, as the CalMac ferry berthed at the tiny jetty, it was John who was tying up the mooring ropes. Having already lived on the island for 25 years when I came across him, he was very much part of a community which was in a state of great change. The island had been bought by its residents a couple of years previously and there was a tangible air of excitement and energy. That having been said, John liked nothing better than relaxing with his pals at Laig Bay, overlooking the neighbouring island of Rum, playing boules and shooting the breeze. It was one of those assignments for me which never felt like work. Surrounded by fresh air, gorgeous scenery and friendly locals makes the job an easy one. My only regret is that I haven’t yet managed a return visit, although I have spent time on some of Argyll’s other islands, namely Colonsay and Easdale.