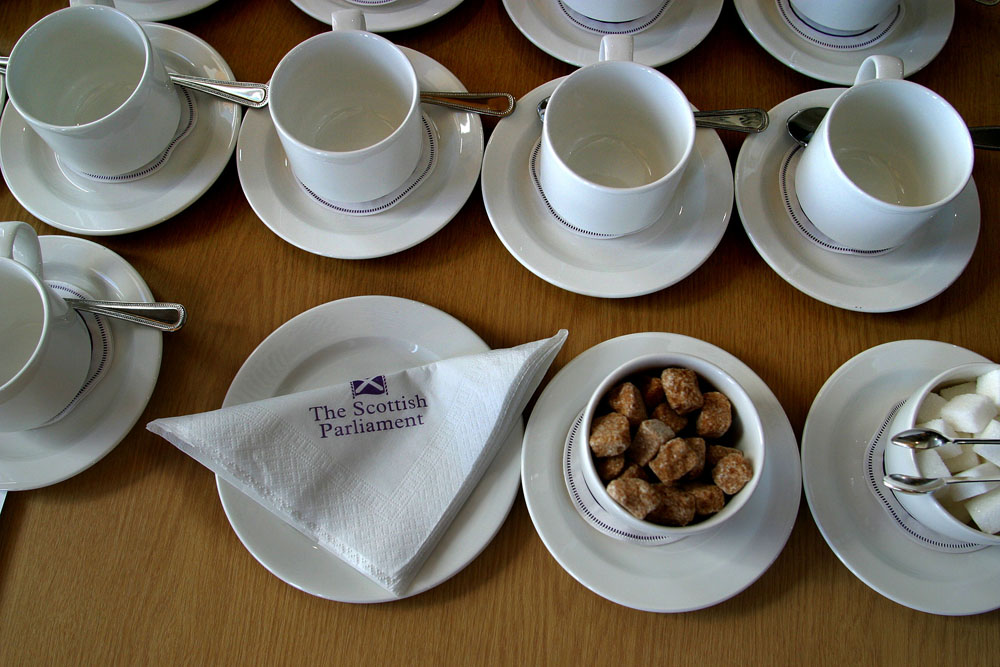 In 2004, Document Scotland photographer Colin McPherson visited the newly-built Scottish Parliament building at Holyrood before it opened. Here he explains the details behind the commission:

“Exactly one month before its official Royal opening in September 2004, I was granted a preview of the newly-completed Scots Parliament building in Edinburgh, forever after to be known as Holyrood. Hugely over budget, late in completion and mired in controversy, the building had a difficult birth, to say the least. Both the original architect, Catalan Enric Miralles, who succumbed to a brain tumour and the man who commissioned the building, Scotland’s initial post-devolution First Minister, Donald Dewar, died before the project was completed. Nevertheless it proved to be a compelling and photography-friendly construction. With its acute angles and varied textures, its corners and crannies capturing and reflecting light and most of all its vibrant, refulgent and spacious debating chamber, it won me over instantly. Almost two decades on and it’s almost impossible to recall all the fuss surrounding the building of the Parliament. It filled acres of newspaper columns and divided opinion. Now when I drive or walk past Holyrood I see a building, like the devolution project, which has taken root and is part of Edinburgh – and Scotland’s – landscape.”