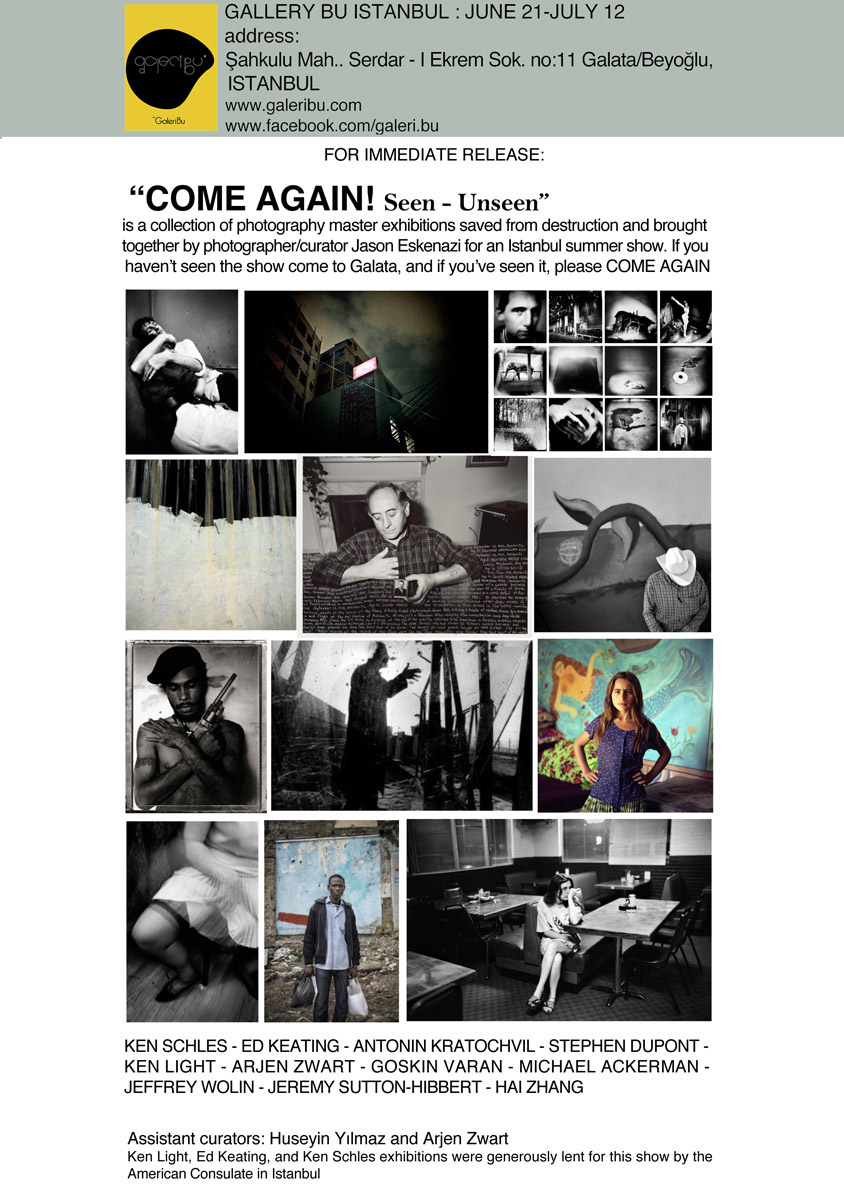 Not strictly Scotland, but Document Scotland’s Jeremy Sutton-Hibbert has his Roma portraits work included in the ‘Seen Unseen’ photography show at Galeri BU, in Istanbul, Turkey, until July 12th.

Also included in the show is the work of Ken Schles, Edward Keating, Antonin Kratchovil of VII Agency, Stephen Dupont, Ken Light, Arjen Zwart, Goskin Varan, Jeffrey Wolin, and Hai Zhang. The work was shown last year at the Bursa Photo Festival, but the images remained in Turkey, and have formed this new smaller show, a selection from the wider festival programme. The show was curated by Jason Eskenazi, and assisted by Arjen Zwart and Huseyin Yilmaz.