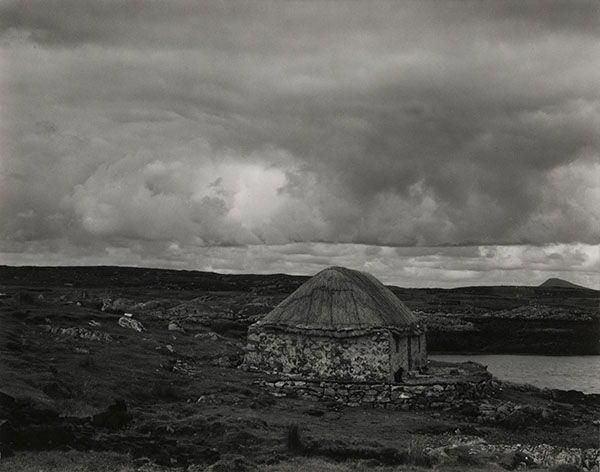 We were very excited to hear of the Scottish National Portrait Gallery’s latest photography acquisition, great to hear that nine images from South Uist, in the Outer Hebrides, by Paul Strand have been acquired for the nations’s photography collection. Great news indeed. Below, you can read about the acquisition and see the images, but we recommend going to see them in the flesh so to speak!

The nine photographs will be on show as part of Collecting Now at the Scottish National Portrait Gallery, from 20 June to 20 September 2015.

Nine photographs by Paul Strand (1890-1976), one of the greatest photographers of the twentieth century, have been acquired by the Scottish National Portrait Gallery, where they will go on public display until 20 September. Taken from Strand’s series of Hebridean photographs from South Uist in 1954, the works are the first examples of his Scottish work to enter into a public collection in Scotland.

This major acquisition, supported by the Art Fund, is composed of nine vintage black and white portraits of Scottish lives and landscapes in South Uist, an island in the Outer Hebrides off the west coast of Scotland. The works will be hung in the current exhibition Collecting Now, which focuses on the Gallery’s growing collection.

The American photographer Paul Strand is ranked among the most important artists within the history of photography, and his work has influenced generations of photographers. In 1954, upon hearing a radio programme on the Gaelic songs of South Uist, he decided to travel there along with his wife, Hazel Kingsbury Strand. Having been introduced to the islanders by the local doctor, Strand spent three months taking over a hundred photographs of the island and its people for his book, Tìr a’ Mhurain (1962). Taken from a traditional Gaelic song, the title translates as ‘Land of Bent Grass’.

Strand photographed many of the people in and around their homes, often posing them before a weathered wall. Within the group of nine works going on display, there are four striking portraits that show the sitters looking directly at the camera, exuding strength and dignity. Strand was keen to understand his subjects, their environments and the forces that shaped their lives, and spent his first few weeks on the island observing the people he would photograph – fishermen, crofters, their wives and children. Nine years after the end of the WWII, South Uist was still an impoverished community and the vast majority of families depended on the produce from the land and sea. The remaining five photographs within the new acquisition group show the evocative landscapes of South Uist, for instance a loch and lilies, a croft, and ropes and a buoy used by the local fishermen.

In the 1950s, during the Cold War, Uist was announced as the future site for a rocket launch facility, and many of the photos Strand took during his time on the island reflect a concern amongst many artists and folklorists to ‘salvage’ oral Gaelic culture amid the thread of a militarised modernity. He believed these islanders represented the universal struggle of humanity and sequenced the images within Tìr a Mhurain in such a way as to evoke the heroic, yet remote lives of the dwindling population: when he visited South Uist in the mid-1950s the population was 3764; at the last census in 2011 it was 1754.

The completed publication came out in 1962 and featured an introductory essay by British historian Basil Davidson, who explained the precarious existence of the islanders against a backdrop of history, geography and social anthropology.

One of the greatest photographers of the twentieth century, with a career that spanned sixty years, Paul Strand was born in New York in 1890 and received his first camera at the age of 12. Whilst a student of renowned documentary photographer Lewis W. Hine in New York, from 1904-08, Strand visited the 291 Gallery which promoted pioneering photographers and introduced some of the most avant-garde European artists to American audiences. By 1916, Strand had a solo show at 291 Gallery, whose owner Stieglitz declared the images “pure” and “direct”. In 1945 Strand was given a solo show at the Museum of Modern Art, New York, but having become more political he now came under scrutiny as McCarthyism swept America, and he went into exile in France. During this time period he began working on a series of photo essays in search of an ideal community or village that espoused certain moral values he wanted to record with the camera, which eventually led to his visit to South Uist in 1954. His breakthrough, abstract experiments in the 1910s heralded photography’s importance as a modern art form, but it was his portraits of ordinary people that increased his popular appeal. Strand died in 1976 at Orgeval, France.

Stephen Deuchar, director of the Art Fund, said: “Paul Strand was a photographic pioneer but he is under-represented in UK collections and not at all in Scotland, so we are very pleased to support this acquisition for the Scottish National Portrait Gallery. This series of remarkable images from the Hebrides has an especially important resonance for the Gallery’s collections, and furthermore will sit well alongside works in the permanent collection by photographers influenced by Strand.”

The Art Fund is the national fundraising charity for art. In the past five years the Art Fund has given £34 million to help museums and galleries acquire works of art for their collections. The Art Fund also helps museums share their collections with wider audiences by supporting a range of tours and exhibitions, including ARTIST ROOMS and the 2013-18 Aspire tour of Tate’s Salisbury Cathedral from the Meadows by John Constable, and makes additional grants to support the training and professional development of curators.

The Art Fund is independently funded, with the core its income provided by 117,000 members who receive the National Art Pass and enjoy free entry to over 230 museums, galleries and historic places across the UK, as well as 50% off entry to major exhibition. In addition to grant-giving, the Art Fund’s support for museums includes the annual Art Fund Prize for Museum of the Year, a publications programme and a range of digital platforms.

Find out more about the Art Fund and the National Art Pass at www.artfund.org