As we approach our forthcoming exhibition at the Martin Parr Foundation in Bristol in January, 2019, each of the four Document Scotland photographers gives an insight into the work they have made for the show. Here, Jeremy Sutton-Hibbert tells of his project ‘Let Glasgow Flourish’: 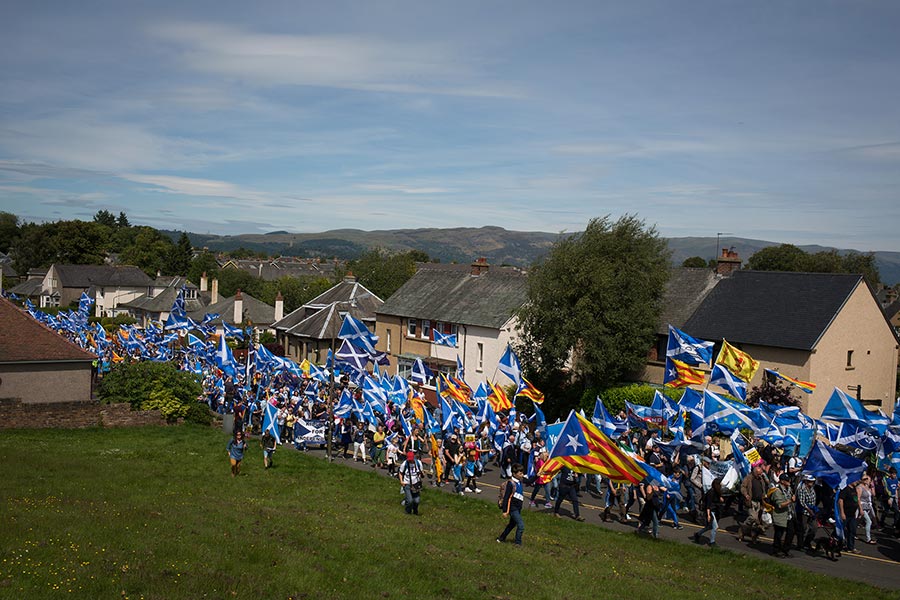 Pro-Scottish Independence march, organised in the ‘All Under One Banner’ name, through the streets and to the battlefield in Bannockburn on the 704th anniverary of the Battle of Bannockburn. It was estimated that 10,000 people took part in the march calling for a second independence referendum. © Jeremy Sutton-Hibbert, 2018.

“I’ve always marvelled at the thought that walking down the street any one person you see has a multitude of experiences and stories to tell, you take that one person and the stories you could tease out of them, and multiply that by everyone in the street and then the city, the country. So many stories, so many nuanced versions of life all informed by different upbringings and experiences.

And so it is with political views, a multitude of nuanced political views abound, and this has never been more obvious than in the streets of Glasgow, and Scotland, over these past few years.

After a decade of photographing in Japan I moved home to Glasgow in 2012, knowing the referendum on Scottish independence from the United Kingdom was going to be gearing up as we approached the 2014 Scottish Independence referendum date. I wanted to be back in the country to see it all, to experience it, and of course to vote.

A Unionist demonstration takes place as the Scottish Cabinet sits at the Fernhill Community Centre for the fifth in a series of meetings outside of Edinburgh following publication of Scotland’s Future, the Governments’s white paper book on Scottish Independence.  May 2014, in Rutherglen, Scotland. © Jeremy Sutton-Hibbert 2018

I attended the rallies and marches of both sides, pro-Union and pro-Independence, trying to understand both sides of the argument, photographing it all. Photographing what we were told at the time was a ‘once in a generation’ referendum. For me, trying to describe in pictures the colour, energy and anticipation of what would come before us was the greatest challenge, but also the most rewarding part of the experience. It felt as if anyone in Scotland could have been there, on those marches. For both sides it was a peoples’ crusade: the divisions cut across race, class, gender and location.

Now four years on and not much has been settled, we’re still walking on daily shifting sands of political information. A second Independence referendum is still a debated issue, still on a hand of cards yet to be played and for the time being kept close to the SNP’s chest. The political game of cards has seen many other hands played: the chaos of Brexit; Scotland welcoming refugees (as it always has) seeking asylum and the extreme minority Scottish Defence League staging rallies to espouse their hatred against them; anti-Trump demonstrations taking place when the American President insults the people of Scotland, as elsewhere, with his below par versions of truth, except Scotland is home to two of his golf courses; and at Faslane peace protestors continue to link arms and sing against Trident missiles which are still the true monster in the Scottish loch. 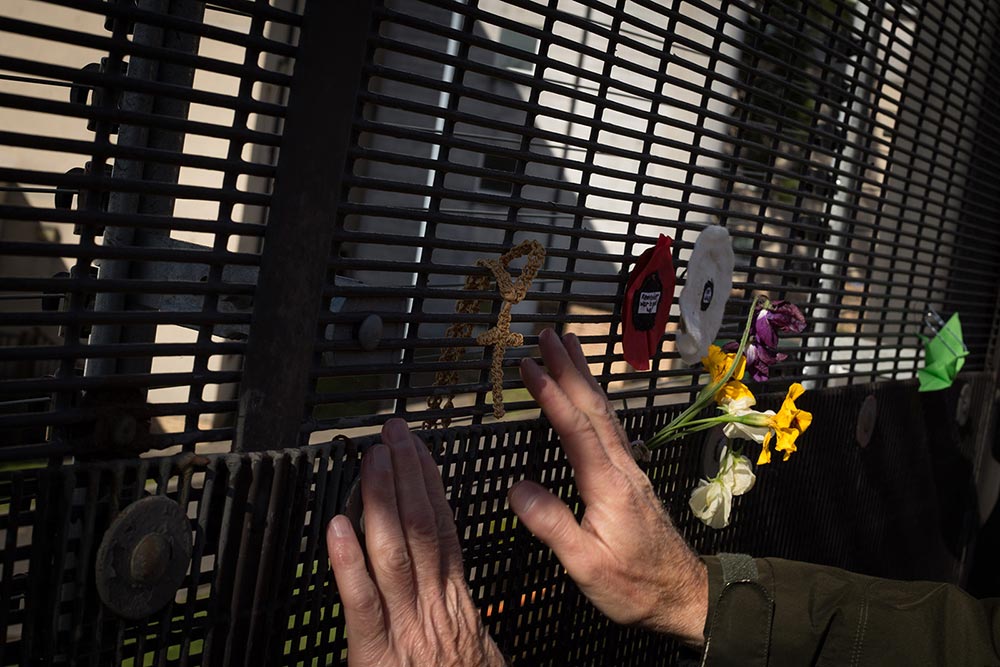 ‘Nae (No) Nukes Anywhere’ anti-nuclear weapons rally outside HM Naval Base Clyde, home to the core of the UK’s Submarine Service, in protest against Trident nuclear missiles. The rally was attended by peace protestors from across the UK who came “to highlight the strength of support from many UN member states for Scotland, a country hosting nuclear weapons against its wishes.” Faslane, Scotland, September 2018. © Jeremy Sutton-Hibbert, 2018.

There hasn’t been a shortage of political theatre in the streets to watch, to listen to, and to photograph. Some views you can understand, some you wince at when you hear them spoken, but the one thing we can be proud of and take from it all, pro- or anti-, is that the people of Scotland are awake.”