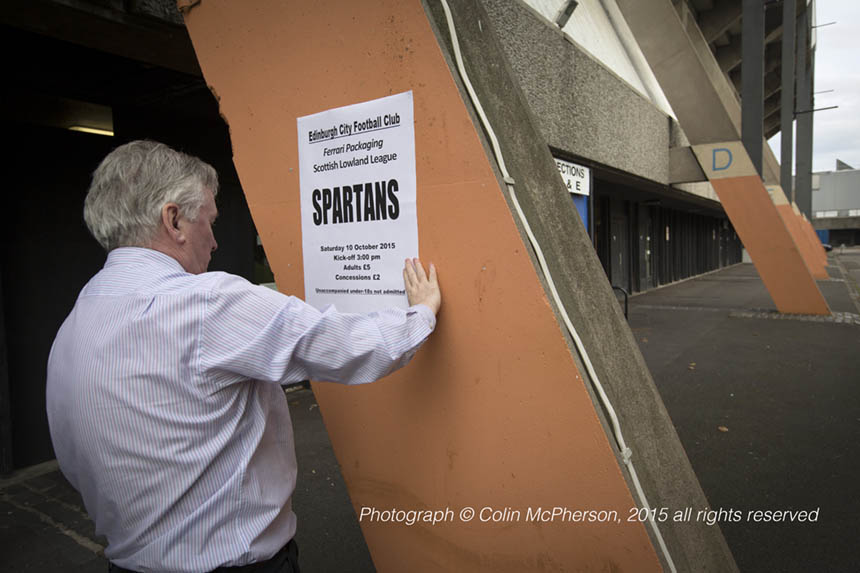 One of the most pleasing spin-offs from the launch of our show at the Scottish National Portrait Gallery has been the blizzard of positive press coverage for the show.

Added to this, the BBC commissioned and made a short film about Colin McPherson’s work, which has been released on the corporation’s website today. Focusing on the images from When Saturday Comes, filmmaker Dan Curtis spent last weekend interviewing Colin in the gallery and then following him around as he photographed local club Edinburgh City as they hosted Spartans FC in a match at the Commonwealth Stadium.

The film identifies what Colin looks for when photographing football and combines stills from The Ties That Bind with the images captured during last Saturday’s game. 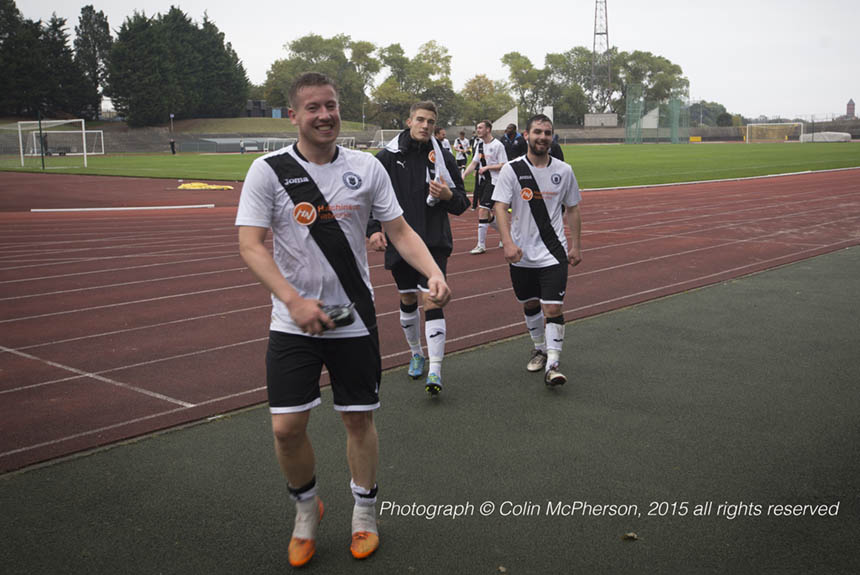 The film is intended for broadcast on the BBC terrestrial television, so you might get a chance to see it on programmes across the network at some point very soon. And in case you wondered, City defeated Spartans 1-0!

Colin and Document Scotland would like to thank Dan Curtis for making the film, Edinburgh City FC for being such generous hosts and the staff at the Scottish National Portrait Gallery for facilitating the filming.