At a recent Street Level Photoworks ‘In Focus’ event, looking at book publishing, which we attended, we had the pleasure of listening to Lucie Rachel discuss her book-in-progress, ‘Mother Father’, a story documenting the relationship of her parents. Impressed with the work, and Lucie’s approach, we asked if we could showcase it here. Lucie kindly agreed….

Mother Father tells the story of my parents’ relationship through recent and archive
photographs, letters, diary exerts and online blog entries from both before and after my
father came out as transgender. Beginning with recent photographs of my Mother holding
her diary open on the page they met in 1979, the documentation follows the couple through
marriage, children, coming out and separation, finally leaving them in 2015.

The creation of the book was almost unintentional; a natural bi-product of my art practice.
I began working with my parents in 2013, almost two years after their separation. It was at
this time that I realised I knew very little about either of them and even less about their
relationship, especially from the years before my sister and I had become a part of it.
Through curiosity and an overwhelming desire to know and understand, the project began.
Originally I had no thoughts of making a book; I simply collected photos that I liked or felt
were insightful into an album, with no order or narration, which gradually grew in the
background into a substantial folder of material. Over a year later it had expanded to the
point of being a work in its own right. A compilation of photos, letters, blog and diary
entries which tell a story of love, hardship and acceptance, that I feel deserves to be told.

‘Without love, life has no purpose’ was the guiding principle of my Mother’s youth. Her
naive pursuit of true love was endearingly hopeless, built upon the foundations of
Hollywood cliches and Bronte novels. So when she met my Father on the eve of the New
Year 1976, she honestly believed she had found ‘the one’. Of course, reality never quite
matches up with expectations and her idyllic notions of married life were left to flounder in
the unpredictable but extraordinary relationship that was to follow. 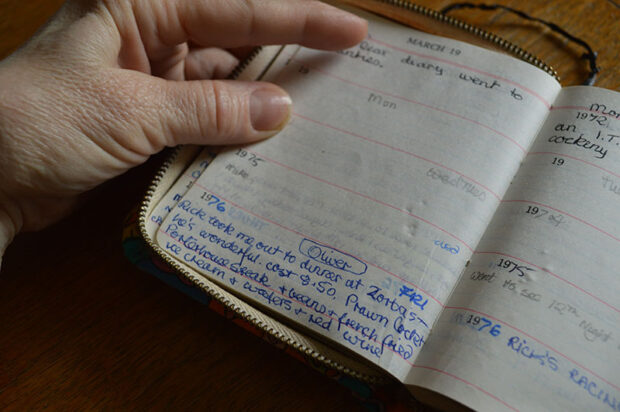 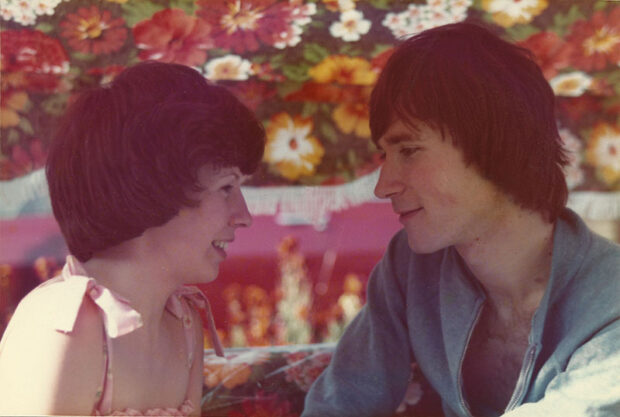 Lovers enjoying the summer of 1976, captured by a family friend. From ‘Mother Father’ by Lucie Rachel. ©Lucie Rachel 2015, all rights reserved. 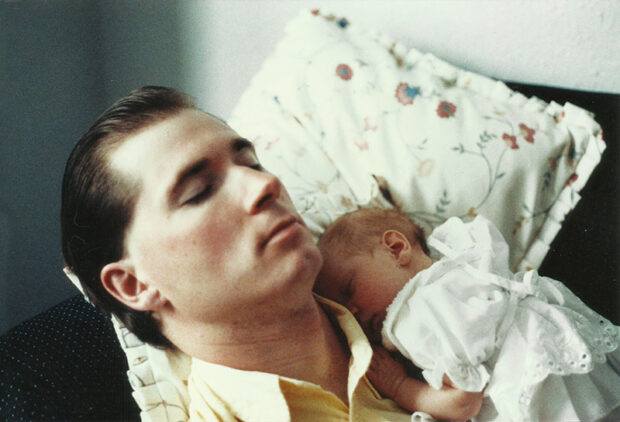 Their first child arrives, feeling blessed they have a daughter. From ‘Mother Father’ by Lucie Rachel. ©Lucie Rachel 2015, all rights reserved.

Fortunately, this was an exceptionally well documented partnership. My mother kept a
diary, intimately documenting their seemingly normal relationship. Likewise, my Father
rarely removed the camera throughout most of their time together, not to mention the
many letters penned to my Mother during her college years which still sleep under her bed. 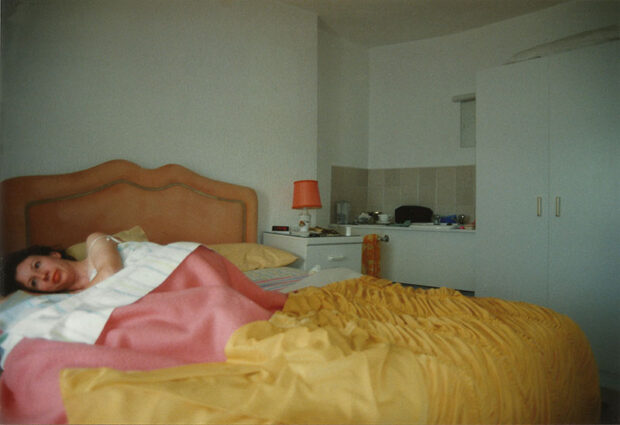 Alone in bed; my father behind the camera. From ‘Mother Father’ by Lucie Rachel. ©Lucie Rachel 2015, all rights reserved. 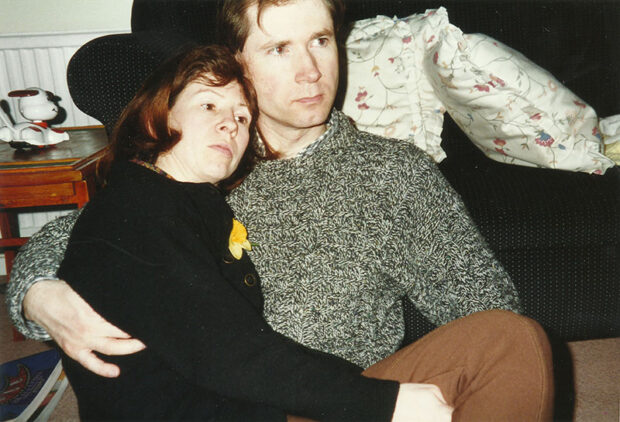 Taken by my 4 year old self, oblivious to what I was capturing. From ‘Mother Father’ by Lucie Rachel. ©Lucie Rachel 2015, all rights reserved.

However, during their fifth year together there happened a somewhat unusual revelation,
when my father came out to my mother as transgender. Unsurprisingly, this changed the
fundamental dynamics of their relationship and diverted them on a journey neither one of
them could have anticipated. The chronicling of the relationship was continued thereafter
in the form of an online blog kept by my father and further private writings by my mother.
The subsequent collection of materials follows their relationship from the exhilarating
highs of young love and through the turbulent waters of domesticity.

My father’s first pair of heels are still her favourite. From ‘Mother Father’ by Lucie Rachel. ©Lucie Rachel 2015, all rights reserved. 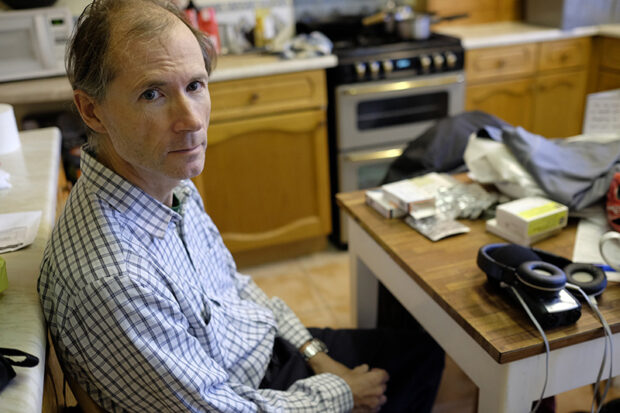 My father in her kitchen exuding discomfort; unable to be her true self in the
moment I hold my camera. From ‘Mother Father’ by Lucie Rachel. ©Lucie Rachel 2015, all rights reserved.

Exhausted after our evening out, she removes most of her make up – but forgets
the necklace. From ‘Mother Father’ by Lucie Rachel. ©Lucie Rachel 2015, all rights reserved.

Mother Father is also accompanied by a short film with the same title, in which my parents
talk retrospectively about their relationship. The book is currently in the Dundee Artists’
Book Collection in the VRC at Dundee Contemporary Arts and the film has been shown at
several film festivals this year including Aesthetica Short Film Festival and Underwire
Festival, gaining award nominations at both. The work will next be exhibited together at
the Royal Scottish Academy’s New Contemporaries Exhibition in March 2016.

At present, I am working on a short documentary about my own father-daughter
relationship with The Scottish Documentary Institute‘s Bridging The Gap programme,
which will premiere at Edinburgh International Film Festival in May 2016.