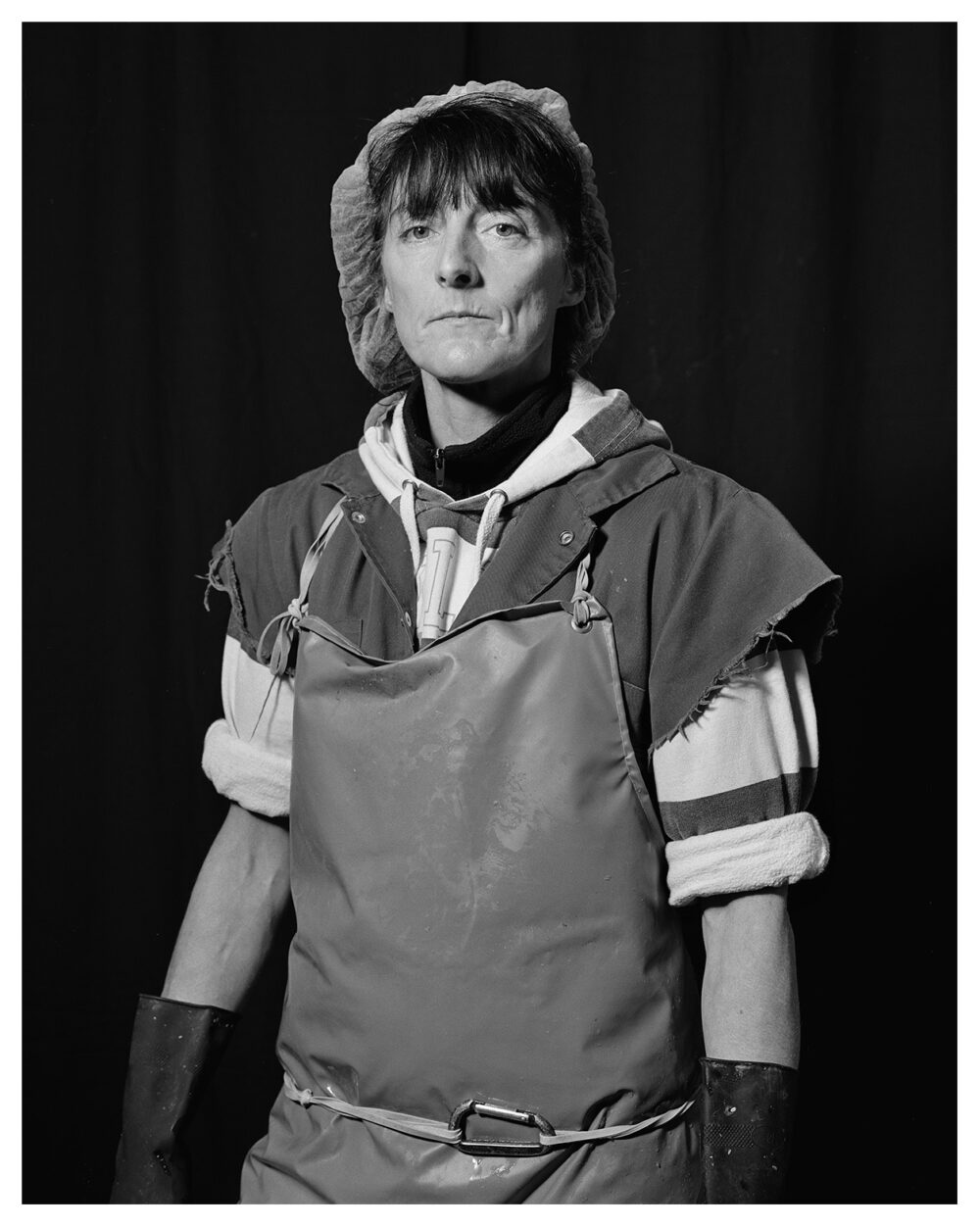 Paul Duke, a Scottish photographer who now lives in London, has completed a series of black and white portraits of the men and women who work in the fishing industry on the North East coast.  Each subject was shot uniformly, standing against a dark backdrop in a portable studio which Paul set-up in shipyards, factories and fish processing sheds. The resulting project is called, “At Sea”.

Paul’s portraits let you know immediately that these are people involved in arduous work. You get the sense that although they are still for the portrait, that their minds are still on the job, wondering when their colleagues will call them back to the task at hand. Although the sea, the source of these livelihoods, is never seen, its smell and wetness lingers in each picture.

No sense of nostalgic hero-worship for people living arduous lives stifles the project. Paul’s generous approach to his subjects and his simple straight-on compositions remind us of that very real people still rely on the sea’s bounty for work and a wage whether they be mums or dads, school-leavers or seasoned professionals. Document Scotland was excited to hear that Paul has an up-coming book and a couple of exhibitions are about to take place also, so we wanted to  find out some more about the origins of At Sea.

When did you realise you wanted to do this project?

My wife’s grandfather was born in Macduff.  As a child she went back for summer holidays with her family along the Moray Firth.  Like myself, she is a Scot – we met at the Royal College of Art – like many young people who go to London to study – we got stuck, had a family, and have lived here ever since.  I’m sure it’s an age thing, but we started to get very homesick a number of years ago – we decided then to buy a seaside cottage along this coastline, we had an overwhelming need to have one foot back in Scotland.

Over the years I started to make friends with people from the local community.  Many, if not all, had connections or family who worked in the fishing industry in one-way or another.  I was well aware through media coverage that the fishing industry was experiencing a decline – it was the first hand stories that made me realize that it would be timely to document this community during this critical period – I didn’t want to present a nostalgic viewpoint of the industry, my intention was always to offer a pertinent comment on the present – a slice of time, if you like. 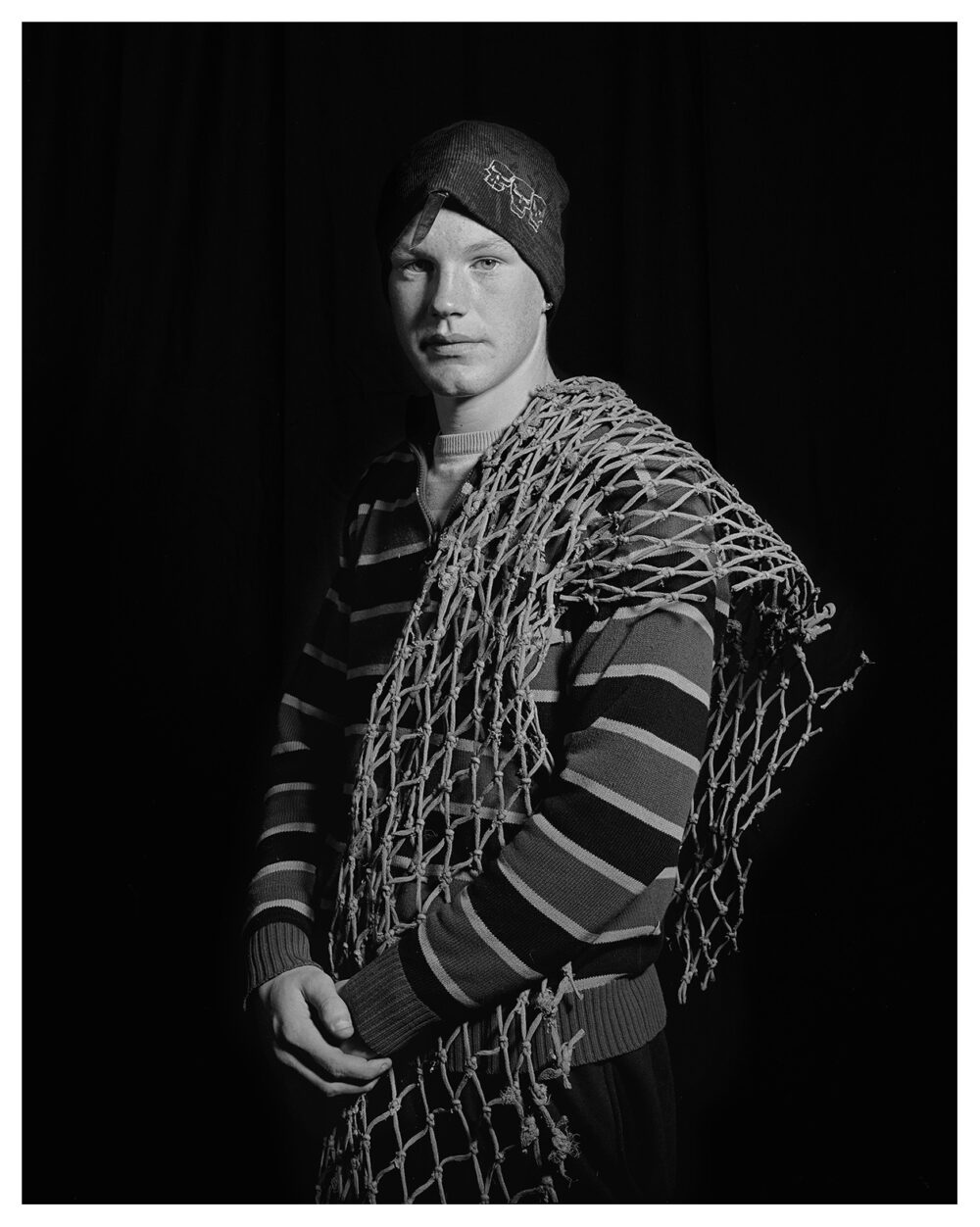 What made you go for the lit portraits with backdrop approach?

Strangely enough most of my previous project-work has been made using available light. The decision to use location lighting for this project was easy actually – one I was most comfortable with during the early stages of making the work.  I knew the project would be done over a long period of time and at different times of the year.  I had to achieve continuity in the set and I knew this approach would ensure this – I also had to make sure that every shoot was productive, and I couldn’t rely on the weather.  It was also important for me to gain parity amongst the sitters – applying a constant, in this case, quality of lighting, was both a technical and aesthetic device employed to achieve this.  The plain backdrop reinforced the idea of commonality – many of the locations I used were busy places with lots of activity and clutter – it was necessary therefore to remove these distractions, to democratize the portrait and encourage the viewer to focus on the sitter, the gaze.  Again as another measure to support this I shot in black and white – I needed to strip it down to its core – I wanted to simplify the language.

How did you find your subjects?

One of the first things I had to find and organize before I started shooting was good locations.  This was a slow process and it took time to get the trust and permission to set-up my portable studio in these busy working environments.  There were certain key people who made this possible, and with their help, I started to find good spaces.  I quickly found a routine, I would set-up early in the morning, get everything ready, then go out and chat to people.  I would let them know where I was based for the day, and they would come and find me.  It’s fair to say, there was a lot of hanging around, I had to be patient and some days were better than others. 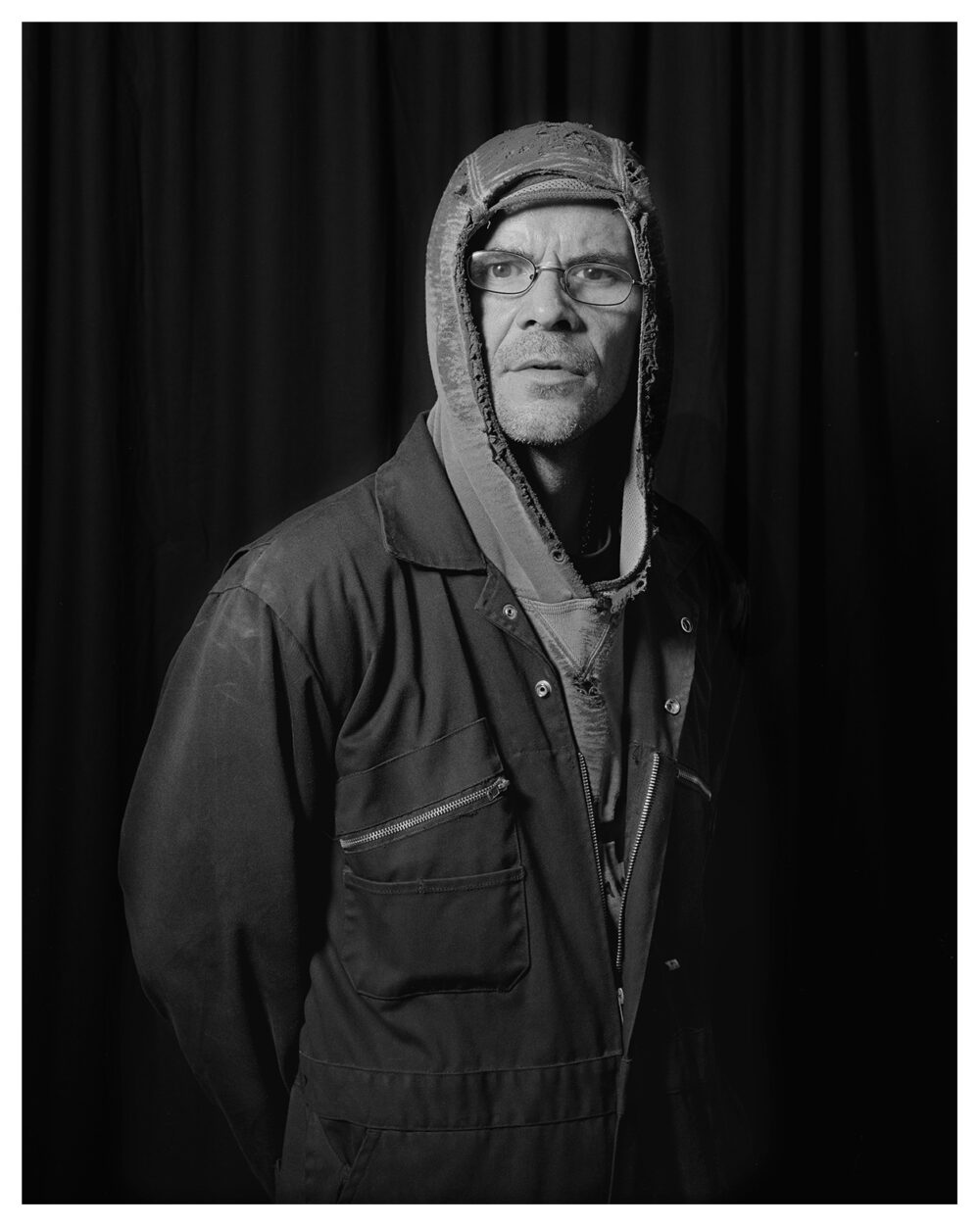 Were you seeking-out specific kinds of faces?

During the making of the work I was happy to engage with everybody and couldn’t be too choosy about whom I wanted or didn’t want to shoot.  Although people were warm and accommodating, it was a challenge finding subjects comfortable enough to have their picture taken.  It was a very alien task for many to down tools, so to speak, to stand in front of a camera in the workplace, in front of their friends and workmates and it was hard to keep the sitters attention.  I worked very quickly and always on my own – 6×7 medium format camera, one roll of film per sitter – 10 shots.  Each portrait was done in a 5-minute time span – there was no choice really, it was the only way to get the portrait in frenetic surroundings.

After I stopped shooting, and during editing for the exhibitions and book, I made decisions regarding the type of faces and people I wanted to use.  During the process of shooting I wanted to concentrate on getting the portraits – it took time, focus and energy just doing this, so I understood quite early on in the project that I wouldn’t over analyse the work in progress – I was aware of what I was producing, but I wanted the development of the work to be as organic and as honest as I possibly could. It wasn’t until the final stages of editing that I had clarity.  There are always many factors that influence choice in editing, but with this work, I approached the task in anthropological terms also – it is the people who make the industry after all – through careful selection I wanted to provide representation that would create the narrative.

What did your subjects think of the experience?

I make a point of always giving the subjects a print of their portrait – it only seems fair to me.  The reaction was positive and supportive.  I think the community in general understood that my motives were genuine.  I worked on this project over a three-year period and shot in excess of one hundred portraits – I spoke to many people and heard various accounts and stories about the decline of an industry – it was a humbling experience and a privilege to have the community embrace the project – it was their collaboration that saw the project through. 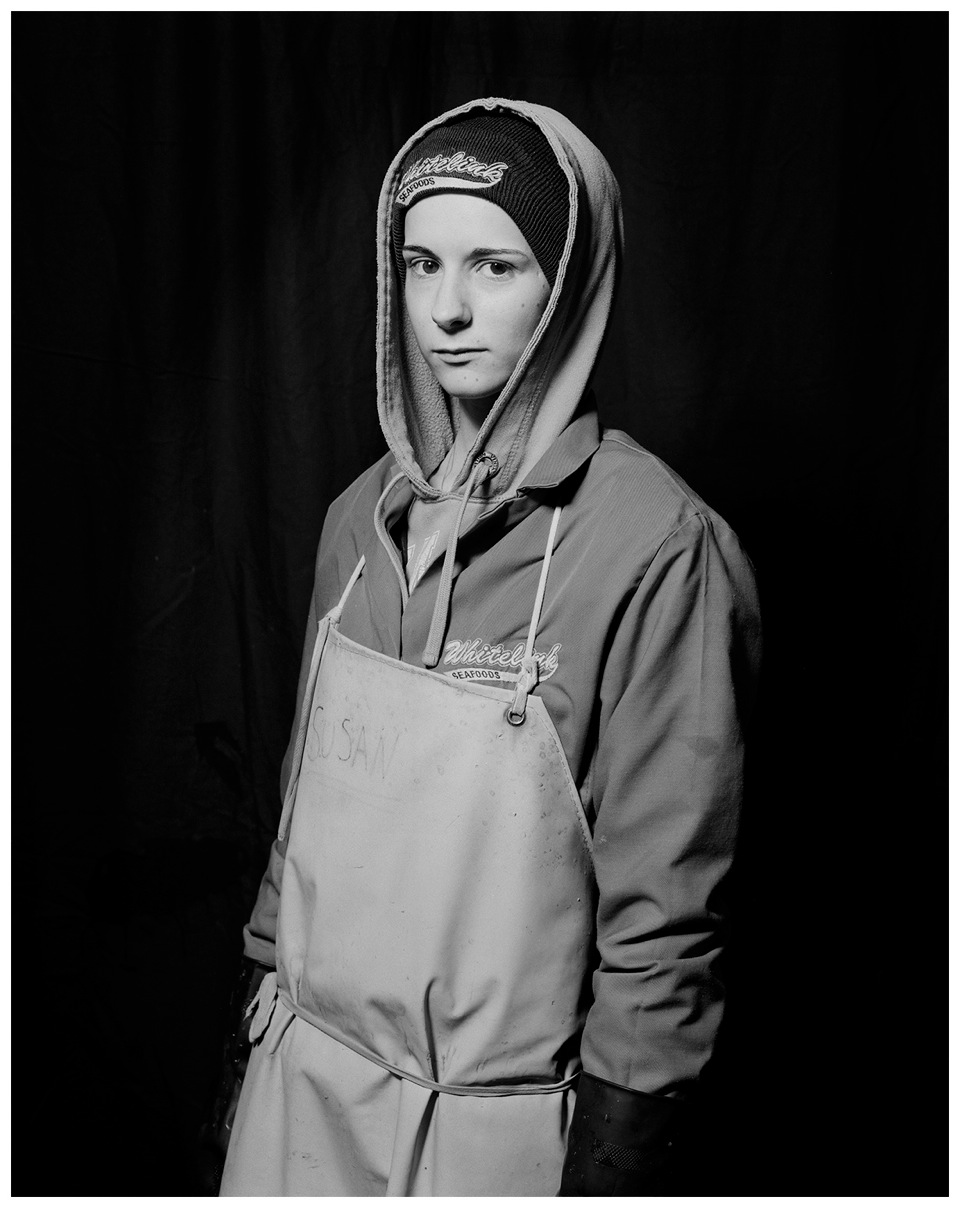 Tell us about the exhibition and the book

The book was never my main intention to start with. I always thought that the exhibition would be the final outcome and the most appropriate thing for the work.  The exhibition format is exciting, it’s always satisfying to present the work to an audience but, nevertheless, it is a transitory experience.  The culture of the ‘photography book’ as an artifact has grown in recent years, and I realized through discussion with my contemporaries that a publication was valid and, would offer the project longevity. Peter Willberg, an old friend from the RCA, designed the book.  Peter is a celebrated book designer and, at the top of his game  – he has produced many fine books for major artists, galleries and museums – I was very fortunate that he agreed to take the project on.

John Bellany, who sadly died last month, kindly wrote a very poignant and heartfelt piece earlier this year, as an afterword for the portraits – I feel very honoured and proud that his words are included in the book – John more that any other Scottish artist understood the significance of the fishing industry and its people.

On 1 November, the project will go on show at Duff House, Banff – 10 life-sized prints from the series.  This majestic country gallery is central to the community and it will give me great pleasure to hang the work in this noble space – on a personal level it offers the opportunity to give something back to the community – an offer of gratitude to the people who helped me realize my initial goals. 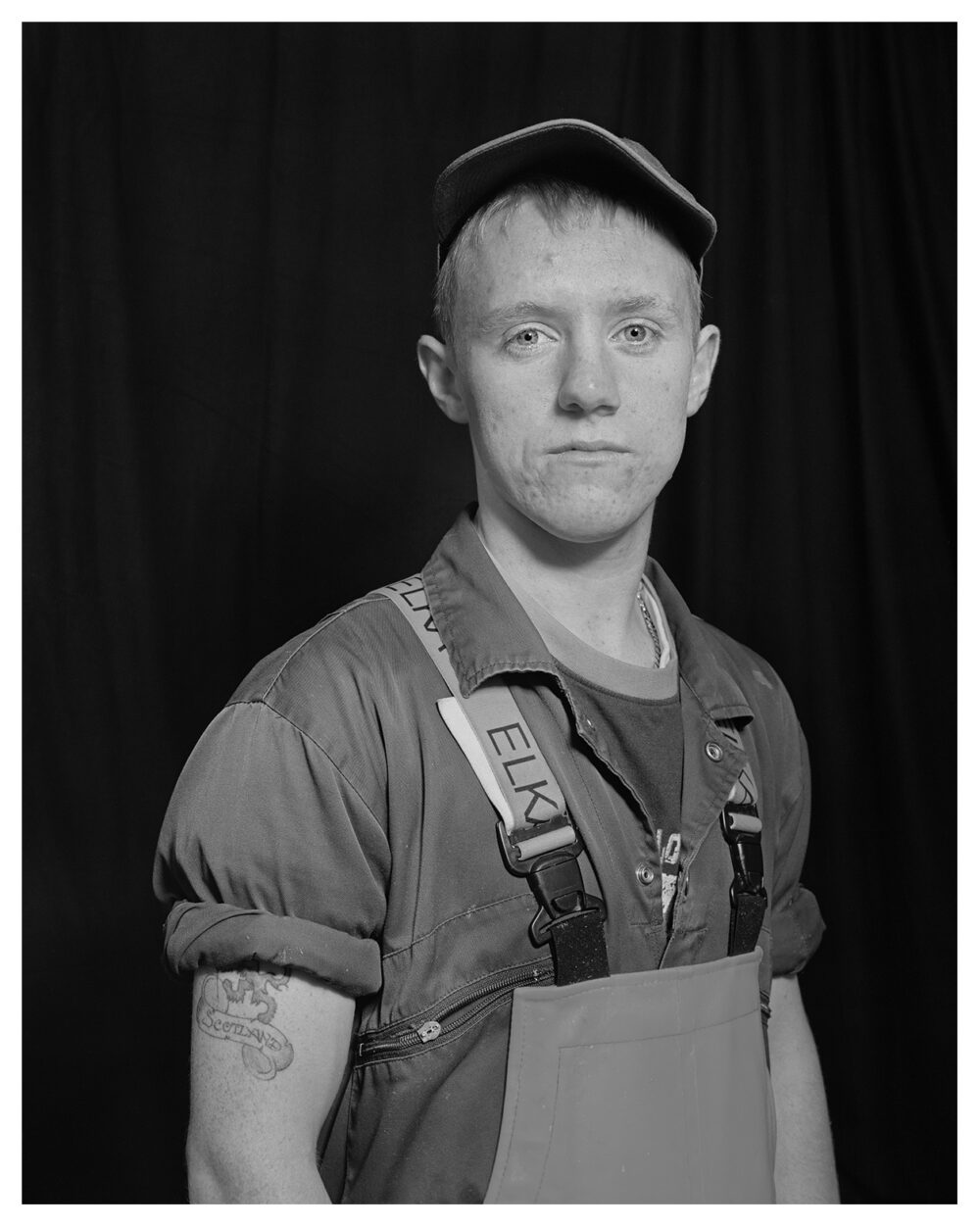 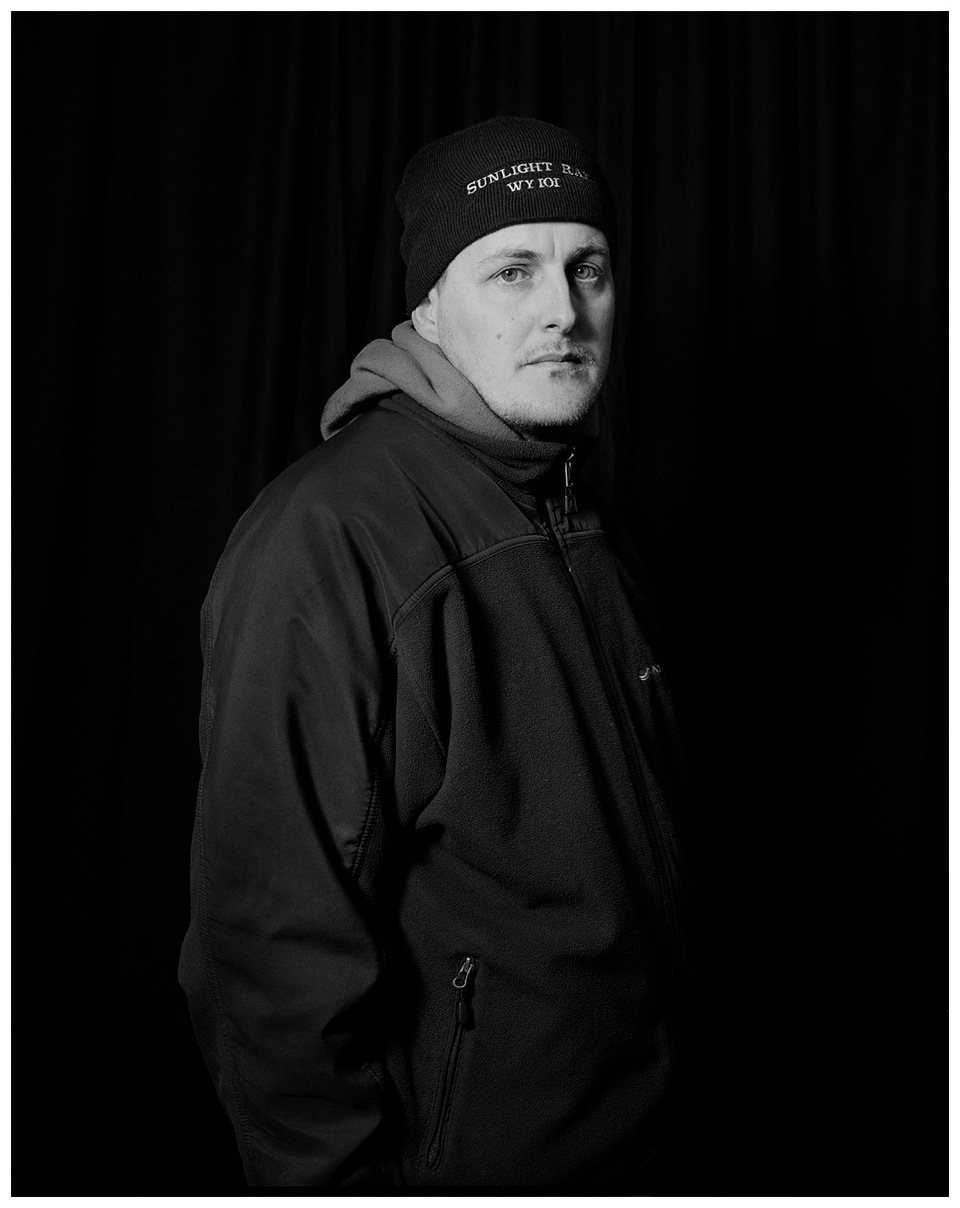 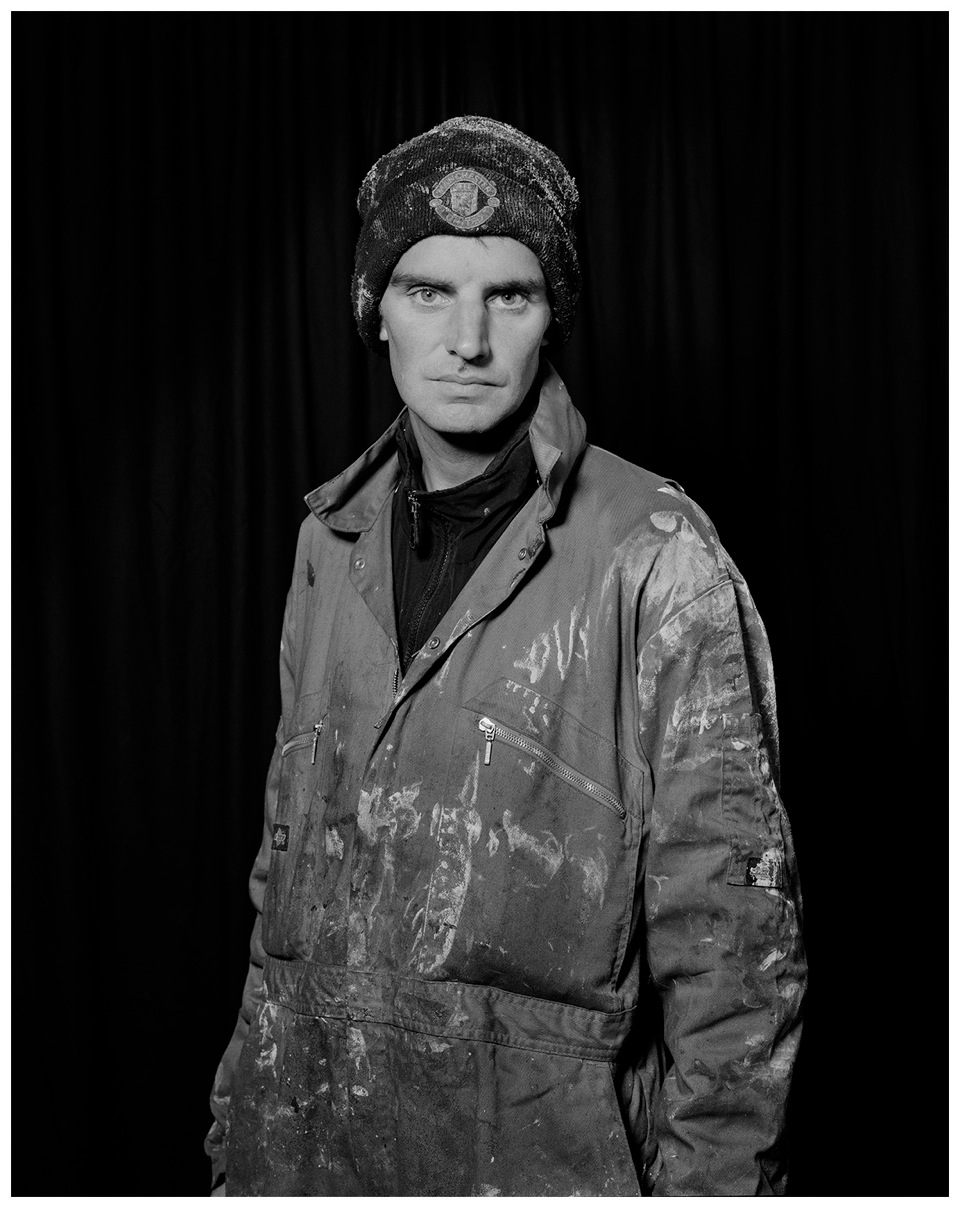 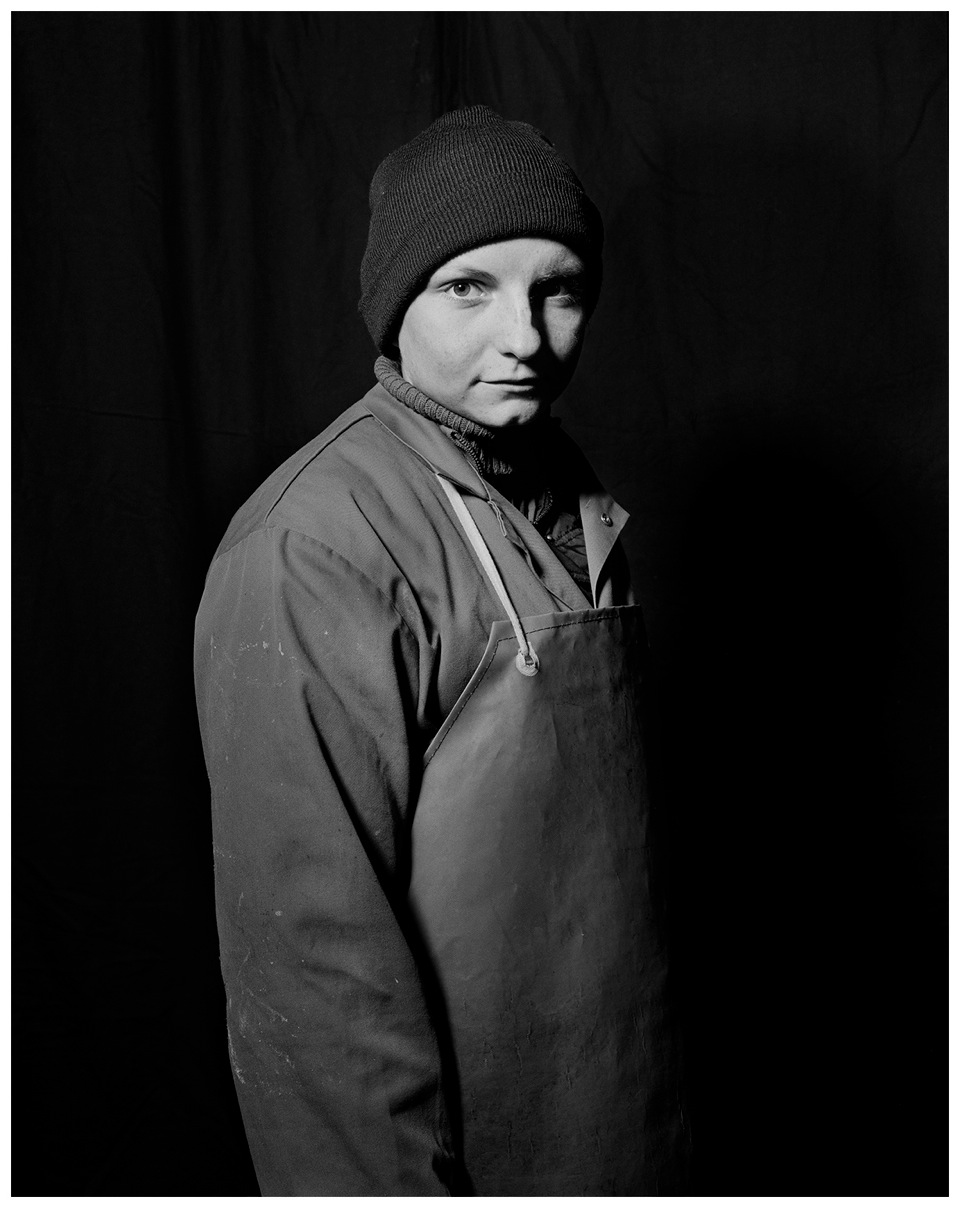 More images from Paul’s project can be seen at his website….http://paul-duke.co.uk/at_sea.html